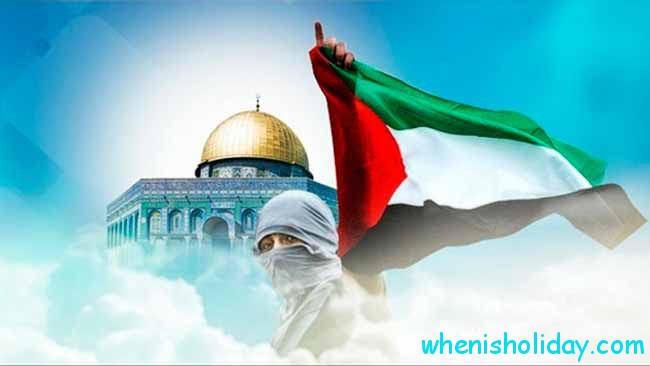 Quds Day is a day of solidarity with the struggle of the peoples of Palestine and Lebanon against the Zionist occupation, in which zone were revered shrines of the city. Let’s try to find out answer on when is Quds Day in 2022?

What day is Quds Day in 2022 and when was it celebrated first?

Since 1979, the last Friday of the month of Ramadan, the Muslim world traditionally celebrates the Quds Day.

In 1880 the Jews started to build colonies in Palestine. That was caused by the organizing of the Zionist movement. Theodor Herzl, the ideologue of the movement, basing on the concept of “chosen people” and “the Promised Land,” proposed state education project “Israel” as an “outpost of civilization in opposition to barbarism.” At the same time they represented Palestine as a “bare desert” and wanted to move out in neighboring Arab countries inhabitants who lived there for centuries.

In 1917 a declaration of the British Foreign Minister Balfour was adopted, who gave the Zionist plans for Palestine “green light”.

In 1936, an armed Palestinian uprising broke out against the construction of Zionist settlements.

In 1948, the Zionists declared the foundation of the state “Israel” and unleashed a war against the Palestinians.

By 1949, 800,000 Palestinians were forcibly pushed out from their native lands in Lebanon, Jordan, Syria, Gaza. “Israel” has won 77% of the territory of Palestine.

In June 2002, the Zionists began building a wall separating the “Israel” of the Palestinian premises in the West Bank of the Jordan River, which can be regarded as an act of the apartheid.

Since 2007, the Zionists began to blockade of the Gaza Strip, whose population is now forced to live in unsuitable conditions for life, suffering from an acute shortage of food and medicine.

In December 2009, “Israel” launched “Operation Cast Lead”, by exposing Gaza to brutal attacks and bombings, whose purpose was to damage inflicted positions of the Palestinian resistance.

This is a brief overview of the crimes of “Israel” against the Muslims living in Palestine and Lebanon. But for followers of Islam no less important is another nuance – Zionist claims to the Islamic shrine of al-Quds.

In the following years and until today the Zionists continued their subversive activities against the al-Aqsa. So, they tried repeatedly to destroy the mosque, they prevented the carrying out Friday prayers in it and they conducted restoration work, they fired on worshipers, they delayed shipment of products in the month of Ramadan, so that’s why people cannot get together in the al-Aqsa for Iftar, and once even celebrated Jewish wedding day with drinking of wine in the mosque. 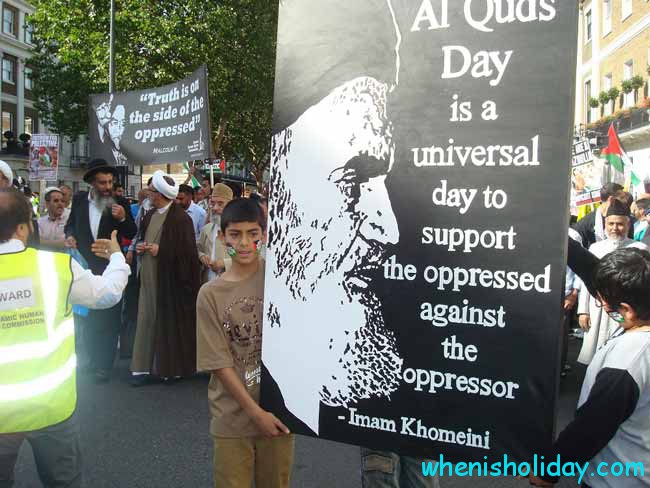 In 2011, it became known that the Zionists are planning to build a few synagogues. And in June 2012 “Israel” started the most extensive excavations at four locations near the Aqsa Mosque and its adjacent areas. In August of the same year, the head of the Supreme Islamic Committee Ikrima al-Sabri said that the Zionists intend to declare a large part of the al-Aqsa general and enter the so-called “Days for the Jews” and “the days of the Muslims.” This treacherous course is another step to ensure of turning Islamic shrine Al-Aqsa Mosque in the “Jewish Third Temple.”

In May 2013 the head of the OIC, Ekmeleddin Ihsanoglu made a strong statement that “Israel” would not let the UNESCO delegation to Jerusalem’s Old City as it continues to destroy the image of the Islamic historical sites.

Given the religious background to the Zionist actions and analyzing all the facts, we can safely say that all acts of cruelty against the Islamic holy sites in Jerusalem is not the result of actions of ultrazionist’s groups or mentally unbalanced Islamophobia people. These people and structures only takes the main attention, obscuring the role of the authorities of “Israel” that protect them in the actions aimed to break of Al-Aqsa and other Islamic shrines of Al-Quds. And all those forces that are component parts of “Israel” state system purposefully perform a single plan for the destruction of Al-Aqsa. This purpose is one of the cornerstones of the Zionist ideology, and as long as there is an “Israel” – the occupational state, racist and anti-Islamic in its very basis – there are no illusions that the attempts to destroy the Islamic shrine of al-Quds will be terminated. 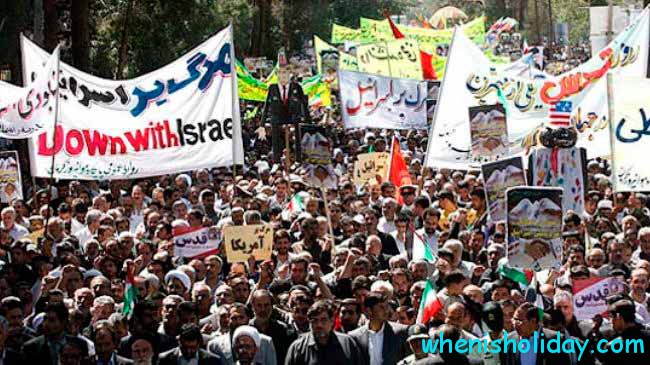 In this regard, Imam Khomeini called on Muslims in the world, Sunnis and Shiites, to unite efforts in the struggle against the Zionist occupation and declared the last Friday of Ramadan al-Quds day.

The date of providing of a holiday is mentioned in the beginning of the topic.

The significance of al-Quds and why is good to know the answer on question: “When is Quds Day 2022?” In this year it will be on 22nd of May.

Al-Quds has a special significance for all Muslims regardless of the direction and Madhab for several reasons:

Let’s show solidarity and will not be indifferent!