When is National Malala Day in 2022? Can you answer this question? Have you ever heard about the existence of this holiday in the modern calendar? In most cases people reply negatively. And we find this situation to be an unfair one. So today we are going to represent you an amazing event. Would you like to join? We are starting.

Talking about the matter what day Malala Day in 2022 is, we can’t but mention the historical background of the event. As a rule, this theme is of the greatest demand among our followers. All of them wanted to know when and why the special occasion appeared.

This special occasion is in the list of the most unusual ones. Why? – The matter is that the person by whom the event was named lives in the 21st century. The young lady is alive and you can read much about her activities and experiences.

Yusufzai became popular in 2009. At that time she was just 11 years old girl. The girl started blogging for the well-known media BBC. In her programs she reported about life in Khyber Pakhtunkhwa, which is the Pakistani province. In particular, she talked about the fact that the representatives of Taliban who controlled the region did not allow the local young ladies to go to school.

Then, in October 2012, Yusufzai Malala was wounded seriously in the head. A schoolgirl was returning home on a bus. The transport was stopped by masked and armed men. One of the militants started to ask which of them was Malala. After that, the girl was shot twice, hitting in the head and neck. After a three-hour operation, the surgeon managed to get a bullet from the brain and save her life.

The attack was organized by Tehreek-e-Taliban militants. This organization has been recognized as terrorist one and has been already banned in many corners of the planet. Fortunately, the doctors saved the girl’s life. After that the government helped her and all her family move to London. The further treatment was their initial aim. However, the Pakistanis decided to remain in Great Britain forever. Militants have promised Yusufzai more attacks if she returned to her homeland.

What does Malala Day mean? Well, are you really sure that we can answer this question instead of you? You see, we don’t know you personally, so we can’t even predict your attitude to some kinds of events. In fact, it is only up to you to decide whether to celebrate this holiday or to forget completely account its existence in the modern calendar.

From our side, we would like to mention that in October 2014, the teenager was given received the Nobel Peace Prize as a fighter against child and youth oppression as well as for the right of all children to an education. She shared the award with Indian human rights activist Kailash Satyarti, who fights for the protection of children’s rights and against the exploitation of child labor. The Indian Childhood Movement, founded by him in 1980, has helped 80,000 children.

Talking about the question “When is International Malala Day 2022?” we should mention the background of this important event. Sometimes people, especially those, who live in developed countries, don’t even know about it.

As it has been mentioned above, this young lady was born in Pakistan, so we can’t but represent you the situation in this region. All in all, it is considered to be a very heterogeneous state of the planet. Nowadays a lot of educated ladies in cities and large settlements live in relative equality. However, unfortunately, women in other corner of the country cannot even leave their house without their husband’s or family’s permission. Most women are the victims of the serious freedom restriction.

The fact is that the quality education is the essential point to improving people’s lives and sustainable development. Fortunately, up to the present moment the significant progress has been made in expanding access to base knowledge at all levels and increasing enrollment in schools, especially for ladies.

In the field of primary studying, the relative equality between girls and boys has been achieved on the planet. However, only a few countries have succeeded in this task at all levels of education. In addition, 57 million children still do not attend school.

More decisive action is necessary to achieve universal goals in education. In September 2015, at UN summit, the leaders from all over the planet adopted 17 particular aims for sustainable development. They were necessary for mobilizing general efforts in order to eradicate all possible forms of poverty. At the same time they fight against inequality and the challenges.

The particular goal is to provide comprehensive and quality education for all ladies of the region. The goals set include the elimination of gender inequalities in education by 2030.

When is Malala Day in 2022, calendar will surely remind you. And, as it has been already mention above the holiday has a fixed date of its celebration, so you are free to join on July 12th any year you would like to do it.

As you perhaps understand there is no need to expect that the local authorities will organize something amazing devoted to this holiday.

Why? – You see the problem is not a current one all around the planet. For example, in Europe, the USA or Canada the people don’t even know about it. They live in the society where men and women are quite equal. Everyone can work, study and develop.

But unfortunately, in some Asian and African states the situation is different. A lot of ladies suffer and can do nothing to change the situation for better. They are not able to fight for their rights.

The main aim of this special occasion is to draw the human attention to the existing matter. You may spend this day discovering something interesting and new in this direction. Up to the present moment there are a lot of internet articles, blogs, magazines and documentaries about it. The choices are really endless, so you can choose whatever you like.

However, if you live in a city, ask the local museums and libraries. Sometimes on July 12th they organize interesting lectures, seminars and meetings. You may visit one and take part in a discussion afterwards.

The question “What is the date of Malala Day in 2022?” is not as easy as it may seem at the first sight. In fact, it involves a lot of amazing and quite unknown pieces of information.

Western institutions for the study of gender inequality in the world estimate that the situation with discrimination against women in Pakistan is very difficult. From birth, women face serious obstacles.

Working women often face open discrimination and sexual harassment. Ladies often do not have equal opportunities with men in terms of promotion and salary increases. There are specifically female professions (female doctors, nurses, primary school teachers). At a number of universities, including Punjab in Lahore, girls now make up half of the students. There are women among high school teachers and other intellectuals. 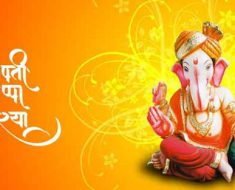 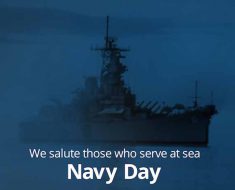 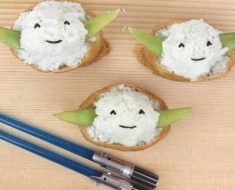