The winter solstice for residents of the Northern Hemisphere falls on December 21. This day has the fewest daylight hours, and the night is the longest for the whole year. In the astronomical sense, this means that the planetary axis has reached the greatest angle of inclination from the Sun. For all living creatures on Earth, the length of daylight is very important, and the only source of light and heat on our planet is the Sun. As winter approaches, we notice every day that it rises later and sets earlier. Even at noon, the light is low above the horizon. If you look at your midday shadow, it will be the longest during the December solstice.

How did the idea of ​​celebrating the Winter Solstice come about?

Observing the movement of the Sun in the sky throughout the day and at different times of the year, people have long kept track of time and predicted weather and harvest.

Essentially, our daylight hours—the period of time between sunrise and sunset—gets a little shorter every day since the summer solstice in June, which is the longest daylight day of the year.

During the winter solstice, or solstice, the Sun reaches its lowest point in the sky for the year. The angle between the sun’s rays and the Earth’s equator is constant for several days before and after this day.

Depending on how far from the North Pole we live, daylight on December 21 can last from 9.5 hours to the complete absence of sunrise. Regardless of what the weather is like outside the window, the day of the December solstice marks the astronomical beginning of winter.

Even Gaius Julius Caesar officially established the date of the celebration of the shortest day – December 25. But the length of the astronomical year does not coincide with the calendar year, that is, a few more hours are added to 365 days. Therefore, over time, the date shifted by 4 days and is celebrated on December 21.

Customs of the ancient peoples of the world

The period of the winter solstice was very important in the culture of the ancient peoples of the world. In fact, many of the customs, symbols and rituals associated with Christmas actually originate from the celebration of the December solstice in pagan times.

In Ancient Rome, the holiday lasted seven days, starting on December 17. These days were called Saturnalia in honor of Saturn, the Roman god of agriculture and harvest. During this period, insults were forgiven, wars were suspended, banquets and public festivities were arranged. Even slaves had the right to rest in those days.

Our Slavic ancestors had a custom to carol with the arrival of the longest night of the year, because this day was considered the day of the god Kolyada. People tried to get rid of everything old and superfluous, and also made wishes and sang songs in honor of Kolyada, thanking him for the revival of the Sun.

After the adoption of the Christian religion, church officials tried to adapt these traditions to Orthodox beliefs. Christmas was celebrated during the winter solstice.

For the Druids, this day was a time of death and rebirth, when the forces of nature and human souls were renewed. They believed that darkness dies and light is born, giving new life to the souls of the dead.

In Ireland there is a prehistoric stone structure of Newgrange. It is built in such a way that on the day of the winter solstice, the sun’s rays penetrate inside the structure and illuminate it brightly for several minutes. Some researchers believe that Stonehenge in England has a similar purpose — to track the movement of the planet relative to the Sun.

In the Scandinavian countries, Yule was celebrated – that was the name of the winter solstice. People lit bonfires in honor of the god Thor – it was believed that he returned sunlight to the earth. Traditionally, a ritual log was burned, and the ashes were collected. It was a talisman against misfortune, it was kept all year round.

The ancient Chinese also celebrated the winter solstice. The traditions came from the Eastern philosophy of balance and harmony of “yin” and “yang” energies. It was a time of revival of positive energy, when treats were prepared and the family gathered around the same table.

Interesting facts about the winter solstice

Frequent Questions and answers about Day of the winter solstice

Is the December solstice always on the 21st?

No, not forever. In pre-leap years, the winter solstice falls on December 22.

Is the shortest day considered the coldest?

It does not. Usually the coldest days come later. This is due to the fact that, despite the increase in daylight hours, the surface of the Earth continues to lose more thermal energy than it receives.

On the day of the solstice, is our planet farthest from the Sun?

No, on the contrary, the Earth is very close to the Sun during this period, and takes its closest position in a few weeks. The essence of the phenomenon is the deviation of the axis of the planet from the luminary.

What is the exact time of the winter solstice in Ukraine in 2021?

This year, this phenomenon will take place on December 21 at 15:59 Kyiv time.

How to celebrate Day of the winter solstice?

The winter solstice in Ukraine has long traditions. Of course, over time, they have changed somewhat and modernized.

On this day, as before, you can make the most daring wishes – the rising sun will certainly help in their realization. Also, people usually clean the house, put things in order, get rid of old and damaged things.

Perhaps the most pleasant activity of the day will be to install and decorate the Christmas tree, because there is not much time left until the New Year. Children will also enjoy this activity.

In the evening, young girls can dream of the betrothed, as their great-grandmothers did, because the winter solstice is a magical day that encourages esoteric practices.

It is worth spending an evening with the family for a pleasant conversation and a delicious dinner. You can also meditate, because the energy of this day helps to get rid of negativity more than ever.

Whether we love winter or prefer the warmth of summer, the winter solstice is a joy for everyone. Lovers of winter entertainment are happy that snowy and frosty days are still ahead, and for summer fans, the beginning of an increase in daylight means that there is not much time left until spring.

At this time, we sum up the results of the year and determine our intentions for the coming year.

This holiday, more than any other, reminds us that after darkness always comes light. It proves that there is no recovery without a period of rest.

Like all living things in nature, we can use the winter solstice to rest and recharge to prepare for future prosperity. And the energy of this winter holiday gives us harmony and mental balance.

When will we celebrate Day of the winter solstice? 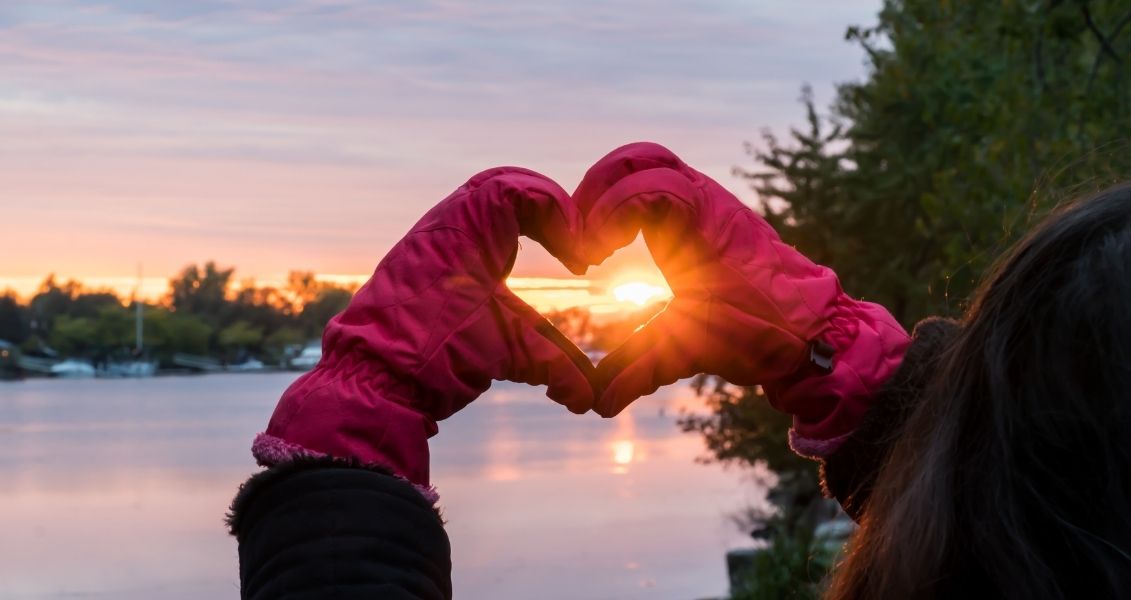