Black Friday (Black-Friday) is known all over the world as a day of crazy discounts on the eve of the Christmas holidays. It originates from the United States of America and is the next day after the national holiday – Thanksgiving Day. Even at night, shoppers line up in long lines at stores across the country to take advantage of the season’s biggest holiday discounts. The last Friday of autumn is called black. So, in 2021, you should prepare for profitable pre-Christmas shopping on November 26.

How did the idea of ​​celebrating Black Friday come about?

In recent years, the idea of ​​Black Friday has crossed the borders of the United States and is widely used for marketing purposes in many countries around the world. After all, before Christmas and the New Year, buyers become more active, so stores try to “break in their piece” and encourage buyers with interesting holiday discounts. By the way, discounts are offered not only by retail stores, but also by firms and companies that provide various services.

But if the idea of ​​pre-holiday discounts is clear to everyone, then the question of where the term “Black Friday” itself came from remains open for many.

For the first time, Black Friday was called not profitable pre-holiday discounts, but a major financial crisis, when the American gold market collapsed in September 1869. The financial collapse was caused by the actions of two financiers from Wall Street: Jim Fisk and Jay Gould, who agreed to buy a large amount of gold from the government in order to resell it at a higher price and make a profit.

However, one Friday in September, their conspiracy became known to the general public, to which financial exchanges reacted with a sharp fall. As a result, all market participants: from Wall Street tycoons to ordinary farmers, suffered great financial losses.

“Black” entries in the accounting books

The official version of the post-Thanksgiving shopping spree combines the name Black Friday with salespeople’s records. The fact is that companies recorded their losses in red, and their profits in black.

Because after a long period of “red” records, on Friday before the Christmas holidays, the situation changed dramatically. Sellers made a profit, as evidenced by “black” entries in the accounting books.

In the 50s of the 20th century, this term became widespread among the police of the American city of Philadelphia. Every year, on the Friday after Thanksgiving, a football game between the Navy Midshipman and Army Black Knits teams took place here.

Thousands of fans, who went to football from different parts of the city and its surroundings, created real chaos. Therefore, it is not surprising that this Friday was called black Friday.

The day was especially difficult for the police, who had to maintain law and order in such a crowd, which imposed an additional burden and overtime on them.

The name Black Friday has taken root among the city’s inhabitants so much that the sellers and the police never managed to rename this day to something positive, like “Good Friday”.

Black Friday is a day when consumers leave several times, or even tens of times, more money in stores than on any other day. And these are not fictions, just such numbers show the results of research.

In some countries, people take time off and go on sick leave to choose Christmas gifts at discounted prices. Attractive slogans promising up to 70-90% discounts fuel the activity of buyers.

Every year, Black-Friday.Global conducts detailed research on sales, current products and customer behavior on the day of crazy discounts. If we rely on average indicators, then on the last Friday of November there is a sharp jump in sales compared to normal days. So, in Singapore and Sweden, buyer activity increases by as much as 500%, in Turkey – by 600%, in Brazil – by 800%, and in Australia this figure reaches as much as 3000%.

It should be noted that these indicators only increase every year.

Residents of Europe and North America spent the most money on Black Friday in 2018 and 2019. This is most likely due to the fact that the discounts in these countries are really crazy. At the same time, residents of Asian countries – Malaysia, the Philippines, Pakistan, etc. – plan to spend small amounts on this day.

For the first time in Ukrainian stores, the term Black Friday appeared in the 2010s. Every year, the popularity of the holiday of shopaholics grew rapidly. Black-Friday.Global employees conducted a survey in 2018 among Ukrainians, which showed that:

On the day of sales, Ukrainians give the greatest preference to clothes, shoes, electronics, household appliances and cosmetics.

What do big discounts give sellers?

Before the Christmas and New Year holidays, people spend a lot of money on food and gifts. In order to take advantage of the situation and get more buyers, the sellers offer big discounts. Revenue increases due to a sharp increase in sales.

How to celebrate Black Friday?

Although there are crazy discounts on Black Friday, people continue to go to work. In some countries, where goods or services can really be purchased extremely profitably, people excuse themselves from work, take vacations, sick days. So they get the opportunity to buy goods at ridiculous prices.

An extraordinary load on this day falls on the shoulders of trade employees, who not only cannot take time off on Black Friday, but also have to serve several times more customers than on a normal working day.

In order to continue consumer activity in the field of electronic goods, another day of discounts was created, popularly called Cyber ​​Monday.

Despite the fact that stores open on Friday mornings, true shopaholics line up in the evening, because the most interesting discounts are offered to the first customers. Everyone tries to get to the counter first, which leads to inappropriate behavior. So, at one of the sales, enraged buyers trampled a store employee.

In 2011 in the USA, one of the buyers, for the sake of the XBOX console, used pepper spray in the crowd, due to which 20 visitors received medical help.

Organizers of “Black Fridays” convincingly ask people to behave appropriately and keep a cool head. It should be understood that every retail chain, apart from Black Friday, has many other sales during the year, where the competition between buyers is significantly less.

When will we celebrate Black Fridayyu? 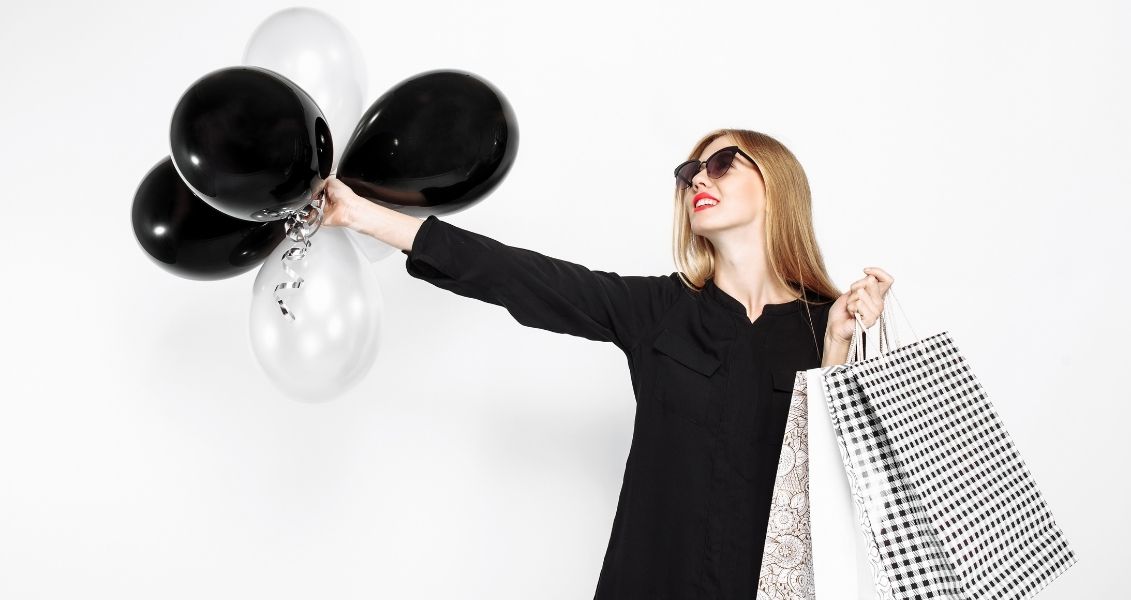 When is International Translation Day 2022

Day of the city of Kropyvnytskyi