Day of the female doctor

Historically, the majority of professional doctors in the world are men, and women in medicine have long had much more difficulties in their professional development. However female doctors they are not inferior to men in terms of competence and successful results in the treatment of patients, while they are distinguished by a better ability to communicate. Women doctors celebrate their holiday on February 3, starting from 2016. On this day in 1821, the legendary Elizabeth Blackwell was born, who was the first woman to receive a higher medical education in the United States of America. The Day of the Female Doctor was created to honor in her person all women who managed to achieve professional success in the field of medicine through hard work.

How did the idea of ​​celebrating the Day of the Female Doctor come about?

Elizabeth was born in the English city of Bristol on February 3, 1821. The family had many children, and the father, Samuel Blackwell, had liberal views and was an activist in the movement for the abolition of slavery. In the English tradition of the time, the curriculum for girls in public schools was much more limited than that for boys. Children in the Blackwell family studied with private tutors, while both girls and boys studied all school subjects equally. The mother, Hannah Blackwell, was engaged in music and literature lessons with the children.

When Elizabeth was eleven years old, the family moved to the United States of America and settled in New York. Father opened his sugar factory, which gave a good profit, but in 1837, due to a financial crisis, the factory went bankrupt. Having lost most of their fortune, the Blackwells moved to Cincinnati, Ohio. There they hoped to open a new business, but in 1838 Samuel Blackwell died, and his wife and children were left in a difficult financial situation. The three eldest daughters, including Elizabeth, supported the family for several years by working as teachers in a women’s boarding school.

Once, one of Elizabeth’s friends had to undergo a course of treatment for a gynecological disease and told how difficult it was for her to communicate with a male doctor, and how good it would be to be treated by a female doctor. Elizabeth was very moved by her friend’s problem and since then she thought about getting a medical education.

In 1845, Elizabeth began teaching at a school in Asheville, North Carolina. There she met doctor John Dixon and began to study medicine in her spare time. Elizabeth subsequently applied to several medical colleges, but was rejected by each one. Further attempts at admission were also unsuccessful until Elizabeth wrote to Geneva Medical College in New York State. They also never taught medicine to women before, but for some reason they decided to put the issue to a vote and most of the male students jokingly voted yes. Thus, in 1847, Elizabeth Blackwell became a student at the Medical College.

Studying was not easy for the young woman – she felt discriminated against, when professors made her sit apart from others during lectures, and even tried to exclude her from some classes. Local residents also tried to avoid her company, because they considered the practice of medicine indecent for a woman.

But in the end, Elizabeth managed to earn the respect of professors and students thanks to her diligence and enthusiasm for medical science, and in 1849 she received a diploma. During the next two years, Elizabeth worked in clinics in London and Paris. In her work, Elizabeth tried to draw attention to hygiene issues, because at that time male doctors did not have the habit of washing their hands after examining each patient.

The young doctor dreamed of becoming a surgeon, but one day she contracted an infection from a patient and lost the sight in one eye. Therefore, the dream of surgery was not destined to come true.

In 1851, Blackwell returned to New York, but she could not find a job – despite the availability of vacant positions, hospitals did not want to accept women. Therefore, Elizabeth opened a private office in a rented room, which later turned into the New York Infirmary for Women and Children. When the American Civil War broke out between the North and the South in the 1860s, Blackwell organized a women’s field medical unit.

In 1869, Elizabeth opened a practice in London, constantly continuing the fight for women’s rights in the medical profession. In 1874, she managed to found a medical school for women. Blackwell is the author of numerous medical articles and books on prevention, hygiene and sanitation. She was also concerned with the problem of family planning, norms of medical ethics and Christian morality in medicine. Despite all the achievements and advanced views of her time, Elizabeth did not recognize the benefits of vaccination and did not trust vaccines.

In the late 1870s, Elizabeth Blackwell’s health deteriorated and she stopped practicing medicine, but continued to advocate for medical reform. The doctor died in 1910, leaving behind a more open path to medicine for many subsequent generations of women.

Day of the female doctor in history

Frequent Questions and answers about the Day of the Female Doctor

Which medical universities were the first to officially teach women?

In 1866, the University of Michigan in the USA recruited the first female students to the medical faculty. In Russia, in 1897, the Women’s Medical Institute was opened in St. Petersburg.

Which medical women, besides Elizabeth Blackwell, are the most famous in the world?

These women include Margaret Bulkley, the earliest known female surgeon; Nadiya Suslova is the first woman in Russia with the academic title of doctor of medicine; Florence Nightingale is the founder of nursing in Great Britain; Sofia Ionescu is a Romanian neurosurgeon; Virginia Apgar, inventor of the newborn health assessment scale.

Who is more important in world medicine – men or women?

70% of the total number of people working in medicine are women. But the largest share of this number falls on middle and junior medical personnel.

Which countries have the highest and lowest number of female doctors?

The share of women among doctors is the highest in Estonia and Latvia — more than 70%. The smallest number of female doctors in Japan is about 20%.

How many women became Nobel laureates in the field of medicine?

Throughout the history of awarding the Nobel Prize in the field of medicine, women have received it 12 times. Compared to other fields, medicine has brought the largest number of Nobel Prizes to women.

How to celebrate the Day of the Female Doctor?

February 3 is celebrated in the world not only by women doctors, but also by everyone who turns to them for professional help. This day does not go unnoticed in hospitals, medical universities, social networks, and families of grateful patients. Greetings are accepted by both female doctors and students of higher medical institutions who are just preparing for a medical career.

Despite the fact that in Ukraine Day of the female doctor is an unofficial holiday, it is necessary to congratulate the women you know who have chosen this difficult profession for themselves. Most often, we turn to a family doctor, and most family doctors in Ukraine are women. Therefore, we should thank them for their attention, patience and competence. Thanks to these women, we can always count on highly qualified medical care, understanding and compassion, which is especially valuable in today’s difficult conditions for medicine and society as a whole.

This holiday can be celebrated by watching a film on the theme of the day, because the cinema pays great attention to the medical profession. Although the main characters in most films with a medical theme are men, you can find interesting films about female doctors as well. For example, watch several episodes of the famous series “Dr. Quinn, Medicine Woman” with the beautiful Jane Seymour in the lead role or immerse yourself in the events of the more modern series “Grey’s Anatomy” (“Anatomy of passion”) with the main character, doctor Meredith Grey.

This day is important not only for festive greetings, but also because it raises problematic issues related to gender discrimination female doctors. Despite the same qualifications and workload, women receive lower wages than men. Also, they are much less likely to occupy high positions in medicine — from chief doctors in hospitals to positions in ministries and other management structures.

Certain fields of medicine, such as surgery, continue to be the domain of men, and female surgeons are often prejudiced. Surveys show that almost a third of female doctors in the world suffer from sexual harassment at work and the devaluation of their competence by male colleagues. Therefore, it is very important to demand an adequate assessment of the work, talent and leadership potential of women in medicine.

The requirements for the profession of a doctor are much higher than for many others, they include both a physical and an emotional component. For women who are mothers and wives, it is not easy to achieve a balance between professional growth and family. Therefore, in many countries, female doctors are fighting for the right to have a flexible work schedule and a more loyal attitude from managers.

This holiday honors all women doctors – from the very first, brave and persistent, to modern ones – well educated and passionate about their profession. It encourages world medicine to further progress in providing equal opportunities to women for professional medical activity and development.

Postcards for the Day of the Female Doctor 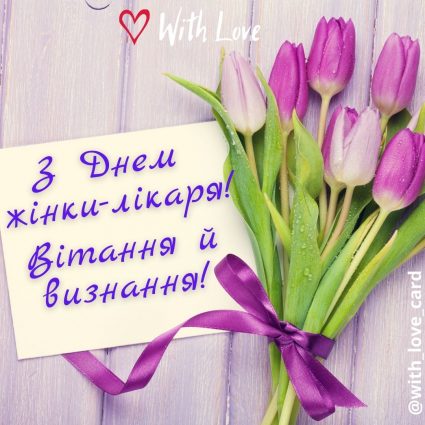 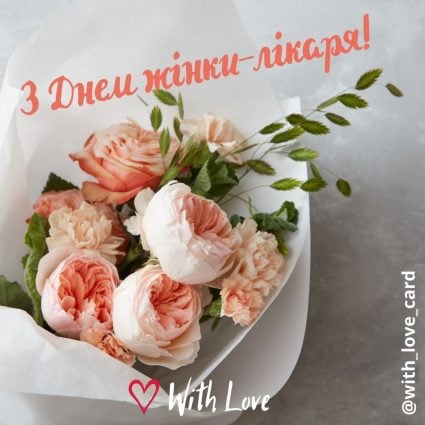 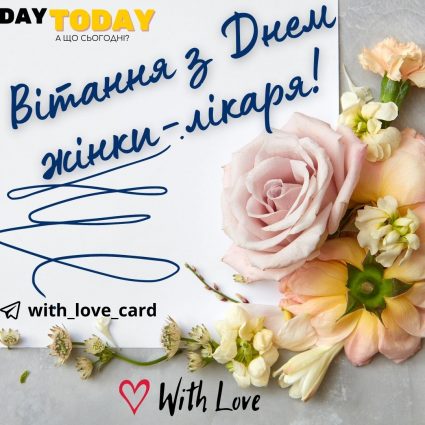 🎁 Gifts for the Day of the Female Doctor

When will we celebrate Day of the female doctor? 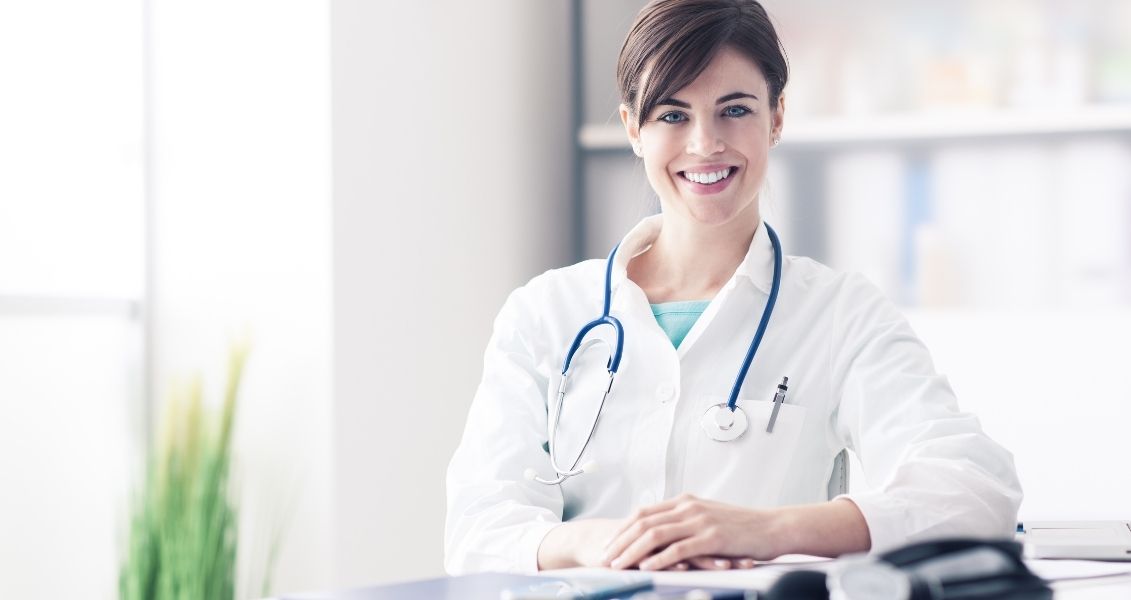 International Day Against Sexual Exploitation and Trafficking of Women and Children