People whose childhood was spent in Soviet times remember well the pioneer tie and the motto “Be ready!”. But in fact, these attributes existed earlier, long before the creation of the pioneering organization. They were borrowed from the Boy Scout movement. Every year February 22 is celebrated around the world International Day of Boy Scouts. Boy Scouts (scouts) are children and young people, members of an independent voluntary organization whose goal is the physical and spiritual development of young people. Boy Scout organizations are apolitical. The scouts’ oath has three main principles – duty to God and the Motherland, duty to people and duty to oneself.

Read our article: Interesting facts about Boy Scouts and the Scout movement

How the idea to celebrate came about International Day of Boy Scouts?

In 1899, in the rank of lieutenant colonel, he took part in the Anglo-Boer War, commanding a fortress in South Africa. Due to the small number of soldiers in the garrison, Baden-Powell had to involve local boys in reconnaissance in a hostile state. The young scouts proved brave and shrewd, and thanks to their reports of enemy positions, the lieutenant colonel was able to hold the fortress before reinforcements arrived.

Returning to England, Baden-Powell organized the first children’s scout camp, and in 1908 published the book Scouting for Boys.

The main goal of the new organization was to teach teenagers to live in nature and cope with difficulties. At first, scouting was intended only for boys aged 11 to 18, and by the end of 1908 there were about 60,000 boy scouts in Great Britain. In 1909, they began to create scout groups for girls – girl scouts.

In Ukraine scouting started in 1911. The national organization was called “Plast”, and the scouts were called plastuns – like the Cossacks of Zaporizhzhia Sich, who were engaged in reconnaissance.

Scout movement in Ukraine became more and more massive, Plast organizations were in all regions of the country. After the Bolsheviks came to power, the scouting movement was divided – some remained true to traditions, while others tried to integrate into the new reality.

But the free spirit of the scouts was unnecessary for the Soviet authorities, so it created a substitute – a pioneer children’s organization. Unlike the Scouts, it was a politically oriented state organization with communist principles, and it did not talk about freedom of belief at all. At the same time, in the western part of Ukraine, which was under Poland, the national scouting movement was also destroyed by the authorities.

Leaders and activists of scouting throughout the territory of Ukraine were subjected to repression and physically destroyed, and as a result, from 1930 this movement became underground, and from 1939 it ceased to exist altogether.

Instead, scouting in the world continued to develop. In 1921, Scout organizations existed in 63 countries, and today they have covered almost all states and consist of more than 40 million members, including adult leaders.

Ukrainian Plast has always continued to operate in the countries where our numerous diaspora lives – in Canada, the United States of America, Poland, Germany, Argentina, Slovakia, Great Britain.

Revival of the Ukrainian Scout Movement

In Ukraine scouting resumed in the early 1990s, after our country gained independence. During all the years of the ban, this movement did not betray its values ​​and principles – to educate strong personalities, conscious decent citizens and patriots.

Today, Plastuns are the largest youth organization in Ukraine — 9,300 young people in 146 local centers. Most of the organization’s centers are in the western part of the country, but recently scouting has also been developing in the southern and eastern regions.

At the beginning of 2020, the President of Ukraine signed the Law on state support for Plast. This law was supported by public organizations, the foreign diaspora, and the Orthodox and Greek Catholic churches of Ukraine.

Frequent Questions and answers about International Day of Boy Scouts

What does the World Organization of the Scout Movement do?

Which countries do not have scouting organizations at all?

There are only five such countries in the world. These are Cuba, Andorra, North Korea, Laos, and the Vatican.

What do scouts from different countries have in common?

In all countries, scouting teaches survival in the natural environment, all scouts recognize Robert Baden-Powell as the founder of the movement, members of the organization have a national scout uniform and are guided by the Scout Oath and Law.

So, the plastuns have four age groups: “birds” – children from 2 to 5 years old who come to classes together with their parents; novelty — from 6 to 11 years; youth — 12-17 years old and older children — from 18 years old.

Which of the famous Ukrainians was a member of Plast?

Among such people are Lubomyr Huzar, head of the Ukrainian Greek-Catholic Church; Bohdan Gavrylyshyn is a world-renowned economist and philanthropist; Vera Farmiga is a Hollywood actress of Ukrainian origin; Roman Tychkivskyi is the founder of the Ukrainian Academy of Leadership; Roman Guryk is the hero of the Heavenly Hundred.

How to celebrate International Day of Boy Scouts?

On this day, scout holiday seminars and festivals are held all over the world, which gather members of the organization and guests from different cities. The main goal is to familiarize young people with scouting and expand the activities of this organization.

Ukrainian traditions of celebration do not differ from those of the world. Scouting in our country is aimed at regional, social, military-patriotic and leadership training.

On the festive day, lessons on survival in the forest are held for young people, and a wide variety of master classes — from construction skills to the art of photography.

In addition to educational and recreational activities, charity events and fairs are organized, the funds from which are given to the treatment of children or to the benefit of low-income citizens.

One of the main goals scout movement – good deeds. So it’s very easy to join the celebration by making a charitable contribution or simply doing a good deed.

In addition to the International Day of Scouts, Ukrainian scouts also celebrate a national holiday – April 12. Since 1912, this very day has been considered the birthday of the Ukrainian Plast organization.

The influence of scouting on children and youth is difficult to overestimate. Scouting complements upbringing in the family and at school, develops self-knowledge, the need to acquire new knowledge and skills.

The young generation discovers the world outside the city limits, learns to survive in difficult, “uncomfortable” conditions. Thanks to such active actions, scouts develop physically, intellectually, spiritually and socially. The principles of brotherhood and mutual respect teach true friendship that lasts a lifetime.

Scout classes help to increase self-esteem, leadership qualities and the ability to work in a team. The habit of always being responsible for one’s actions is important for the future life of scouts.

Activities for scouts are both education and entertainment, because it is in the form of games that children learn information best.

Another important feature of this youth movement is its openness to all comers, regardless of origin or religion.

Scouting is also important for adults, because they are the mentors in it. Communication with children contributes to gaining valuable experience, personality development, as well as mutual understanding with the generation that is growing up.

International Day of Boy Scouts we will celebrate: 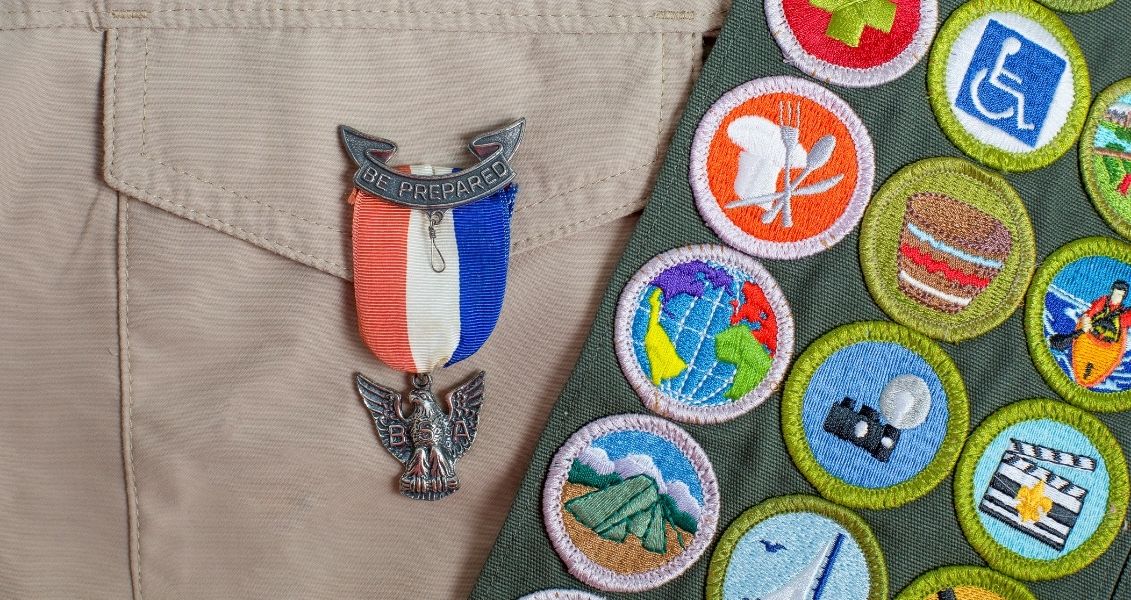