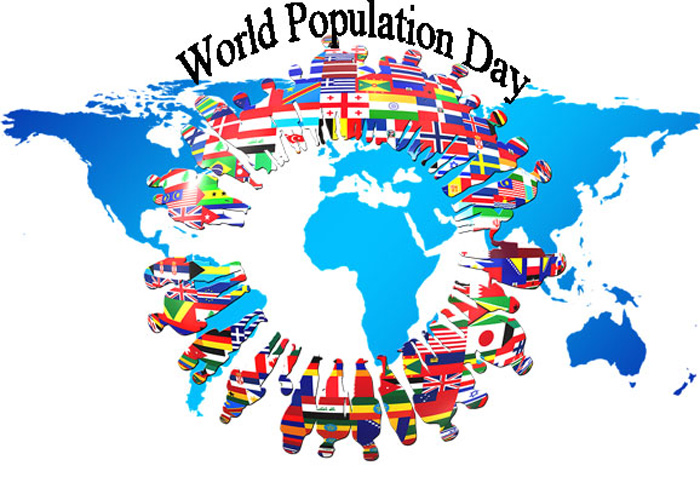 When is World Population Day in 2022? Are you ready to answer this question immediately and without any hesitations? As a rule, people reply negatively and we find this situation to be an unfair one. So today we are going to introduce you this special occasion in details. Are you ready? We are starting!

Talking about the matter what day Population Day in 2022 is, we can’t but mention the historical background of the event. As a rule, this direction is of the greatest demand among our followers.

In 1989, the United Nations established an international holiday – World Population Day, which is celebrated annually on July 11. The rapid growth of the world’s population became a matter of serious concern to the United Nations in the 1960s. The world’s population more than doubled between 1960 and 1999, reaching 6 billion in October 1999. Although growth has slowed from 2 per cent to 1.3 per cent between 1969 and 1999, the absolute increase is now almost 77 million per year, with 95 per cent of that growth coming from developing countries.

The United Nations estimates that between 20.9 and 10.9 billion people will live on Earth in 2050, and most likely 9.3 billion, depending to some extent on the effectiveness of family planning programs. In the 21st century, the issue of global warming on Earth, caused by general population growth and extensive human activity, has become particularly acute. The latter often has a negative impact on the earth’s resources and the environment, leading to irreversible consequences.

Therefore, the purpose of today’s Day is to draw attention to population issues, general development programs, and the search for solutions to common problems.

What does Population Day mean? – Actually it is only up to you to decide, whether to celebrate this special occasion or to forget completely about its existence in the contemporary calendar. We don’t know you personally, so we can’t even predict your reaction to this kind of event.

Throughout the history of mankind, its numbers have grown very slowly. Only at the turn of the XVIII-XIX centuries the number of inhabitants on the planet reached 1 billion people. It took about 130 years to reach the 2 billion rate. By 1950, the world’s population numbered about 2.5 billion people. The second half of the XX century became a time of unprecedented growth in the number of inhabitants of the planet. By 1960, the level of 3 billion was exceeded, which means that the increase per billion occurred in just 30 years. Further – more.

In less than a decade and a half, the population grew by another billion and exceeded the mark of 4 billion in 1974. In 13 years, a population of five billion appears on Earth, and another 12 years later under the very curtain of the twentieth century – six billion. After that, it took another 12 years for the UN to announce the appearance of a population of seven billion on October 31, 2011. Currently, the world’s population is estimated at 7.8 billion people, and reaching the mark of 8 billion in different development scenarios is projected in 2023-2024.

The answer to the question “When is International Population Day 2022?” would be incomplete under the condition we don’t tell you the peculiar features of this special occasion. And there are a lot of them actually.

The United Nations estimates that between 20.9 and 10.9 billion people will live on Earth in 2050, and most likely 9.3 billion, depending to some extent on the effectiveness of family planning programs. In the 21st century, the issue of global warming on Earth, caused by general population growth and extensive human activity, has become particularly acute. The latter often has a negative impact on the earth’s resources and the environment, leading to irreversible consequences.

Demographic growth and depopulation, increasing life expectancy and population aging, urbanization and migration are having a huge impact on the changing face of humanity, exacerbating a variety of challenges and opening up new opportunities. And we can only guess what the world will be like in 20, 30 or 50 years. But what can be said for sure, it cannot stay the same!

Therefore, the purpose of today’s Day is to draw attention to population issues, general development programs, and the search for solutions to common problems.

When is Population Day in 2022, calendar will surely remind you and it won’t be difficult to memorize it. The holiday has a fixed date, so it means that it is held on the same date annually. You are free to join any moment you would like to do it. Just do it on July 11th this year. Why not?

As you perhaps understand it would be quite silly to expect that the local authorities of every small town or even a village will organize the huge celebrations of this event. Of course, not! No competitions, parades and carnivals!

However, don’t worry! If you like you may organize something for yourself. Nowadays there are a lot of films, documentaries and articles, devoted this direction. Choose something, investigate and devote something new. What about a real home party after that? – Invite your close surrounding and talk about the problems of the matter.

And, certainly, if you are lucky to live in a big city, you can visit museums or public libraries this day. They often have various seminars and lectures. Don’t miss the opportunity to participate in something global and find out new facts.

We are sure that with a bit of luck and imagination you are going to have a memorable experience this day.

We have already answered the question “What is the date of Population Day in 2022?” and you know it quite well. However, the information would be incomplete without some pieces of information.

Today we are going to introduce you the most amazing facts concerning this direction. Have you ever heard that in the distant future, scientific and technological progress can significantly raise the upper limit of the allowable population of the Earth?

Ever since humans first visited space, humanity hasn’t stopped considering the possibility of migrating to other planets. So it means that nowadays we are not just the skies for pleasure and relax, we have started dreaming about travelling there.

Many prominent thinkers, including physicist Stephen Hawking, even claim that the colonization of other worlds will be crucial to the survival of man and other species on Earth.

Although NASA’s 2009 exoplanet program has uncovered a large number of Earth-like planets, they are all too far removed and little studied.

So relocating people to another planet is not the way out yet. In the foreseeable future, the Earth will be our only home, and we must learn to live in it ecologically.

This implies, of course, an overall reduction in consumption, in particular a shift to a low-CO2 lifestyle, as well as an improvement in the situation of women around the world.

Only by taking some steps in this direction, we will be able to calculate approximately how much the planet Earth can support the people.