This sweet delicacy, which gives a feeling of coolness on hot summer days, is loved by both children and adults. Therefore, it was not for nothing that a holiday was introduced, which is called – World Ice Cream Day. This is an annual event celebrated in different parts of the world on June 10.

How did the idea to celebrate World Ice Cream Day come about?

You may be surprised why such a date – June 10 – was chosen for the celebrationit’s World Ice Cream Day. However, there is nothing surprising in this. It was on this day in 1786 that mass sales of the world-famous delicacy began on the territory of the United States of America. However, world cuisine could boast of exquisite recipes for this incredible dessert long before this event. Today, ice cream is considered the most favorite and most affordable dessert for many people.

The introduction of World Ice Cream Day was initiated by representatives of the American company Ben & Jerry’s. This is a factory of ice cream, sherbet, frozen yogurt, which was established in 1978. The founders of the company opened an ice cream parlor to earn money for a truck because they wanted to become truckers. However, their business quickly gained popularity, and on June 10, 1979, Ben & Jerry’s held a huge promotion where they gave away ice cream for free. Later, Ice Cream Day spread throughout the country, and then gained popularity in the world.

It is known that the first analogues of ice cream appeared thousands of years ago. For the first time, representatives of the ancient Chinese nobility began to taste fruit juices mixed with ice. Later, the recipes of the first ice cream were transferred to Ancient Greece. And later, cooks from the time of Alexander the Great began to prepare frozen berries – ordinary snow was used for this.

At the end of the 18th century in Europe, according to the recipes of Chinese cooks, they began to prepare a sweet dish like sherbet. It is believed that the recipe for this delicacy was brought from China by the traveler Marco Polo. The chefs kept the way of making ice cream at that time a big secret.

In Kievan Rus, there was its own ice cream – it was frozen milk, which was grated into small pieces. This dish was served with fresh pancakes. The European variety of ice cream appeared in Ukraine in the middle of the 18th century, the sweet delicacy immediately found a huge demand.

Ice cream is often called popsicle. Many believe that the name comes from the Eskimos. But in fact it is not so. Although this people also has a rather interesting recipe on the topic of ice cream, when seal fat is mashed with frozen wild berries. However, this dish tastes very far from delicious sweet ice cream.

Eskimo was actually created in the 20th century in America. This is a type of ice cream glazed with chocolate. It was invented by the American cook Christian Nelson, he called his dish an Eskimo pie.

But it is beloved by many plumber is of French origin, it was first produced in the town of Plombier-les-Bames, which is located in the north-east of France. Production began in Austria chocolate ice creamand in Italy – sherbet.

Ice cream is a high-calorie sweet dish that promotes weight gain. However, it is still useful to consume ice cream in small quantities. Scientists claim that it stimulates the formation of the hormone serotonin, which has a positive effect on the nervous system. As for extra calories, you can avoid them by choosing low-fat varieties of ice cream.

More and more often before the celebration of June 10 as World Ice Cream Day cafes and restaurants of Ukrainian cities join. After all, this is a great marketing move to introduce the residents of the city to your establishment. Find out if your city has ice cream sales and promotions. If there are interesting offers, be sure to use them.

This is the one day of the year when you can taste ice cream for breakfast, lunch and dinner. Do you willingly spend time in the kitchen preparing delicious dishes? Why not prepare ice cream according to your own recipe and treat your relatives, friends and loved ones with it.

Tired of ice cream? How about making ice cream sandwiches or an ice cream cake instead?

When will we celebrate World Ice Cream Day?? 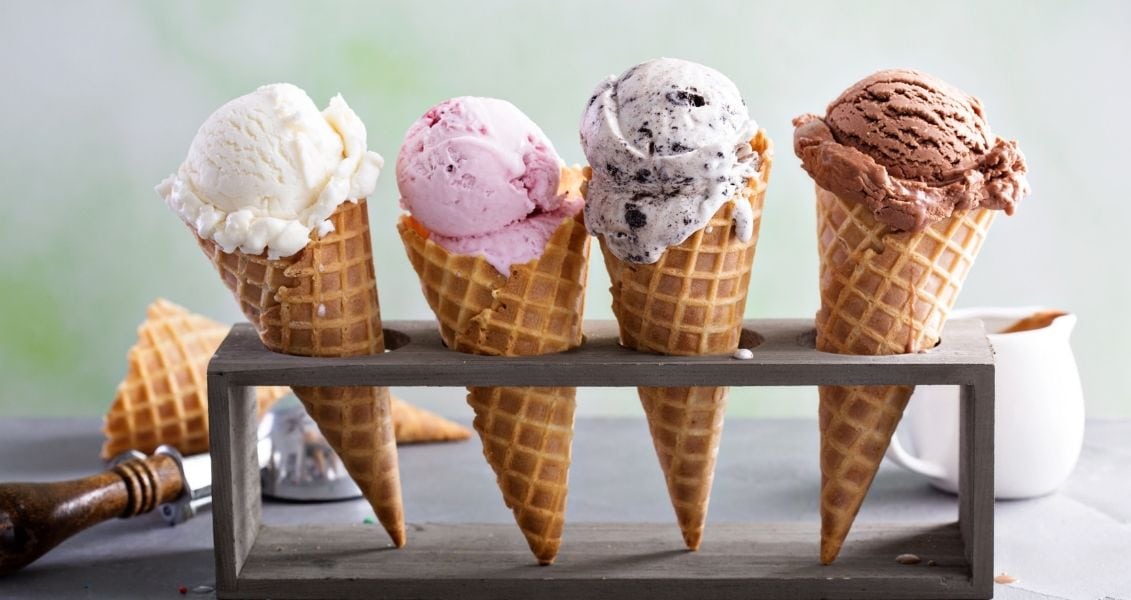 International Day of Girls in Information and Communication Technologies

Day of the allergist