Day of the summer solstice

June is a blooming season that promises us many more warm and bright days ahead. It is in June thanks to one of the main events of the astronomical calendar — summer solstice — residents of the Northern Hemisphere can enjoy the longest day and shortest night of the year. The June solstice has long been an important cultural phenomenon for many peoples and remains so to this day. The summer solstice occurs when the Earth’s North Pole reaches its maximum inclination towards the Sun, which occupies the highest possible position in our sky. In 2022, the longest day will be June 21, and in general, depending on the year, the date of the summer solstice ranges from the 20th to the 22nd of the first month of summer.

How did the idea of ​​celebrating the Summer Solstice come about?

Without sunlight and heat, our beautiful planet will lose life and turn into a dead icy desert. In some strange way, this was understood even in ancient cultures, although people then did not have a scientific basis for realizing the crucial role of the Sun.

Thus, the dominant figure among the highest gods of Ancient Egypt was the Sun god Ra, and during the reign of Pharaoh Akhenaten, the cult of Aten was accepted – the embodiment of the Sun, the creator and nurturer of all living things. In Hinduism, there is also a sun god – Surya, the divine creator of daylight. The daily mantra of Hindu believers, which they read at dawn, is dedicated to Surya. In general, turning to any religions of the most ancient times, it is easy to notice that in almost every one of them solar deities play a supreme role in the pantheon.

It is not surprising that with such reverence for the luminary, people have always attached great importance to the events of the solar cycle, especially such notable ones as the days of the solstice. In Egypt, this period was marked by the appearance of the star Sirius in the sky and the flooding of the Nile, that is, hopes for the future harvest. In China, on the days of the summer solstice, the earth, the feminine and the yin energy were honored.

Unlike others, the ancient inhabitants of Mesopotamia did not consider the longest summer days to be holidays – for them, they were days of mourning, because the summer solstice meant the onset of intense heat, hunger and disease. It was the time of the merciless Nergal, the god of war and epidemics. Instead, the fertility god Tammuz symbolically died during this period every year.

For the ancient Greeks, the summer solstice meant a time of new beginnings, new forces and equality. Ancient calendars indicate that this day marked the New Year in Athens, and the countdown to the Olympic Games began on the first day of the full moon after the summer solstice. On the longest day of the year, slaves received equal rights with free citizens and could enjoy mass festivities, feasts and games, because it was then that the Greeks celebrated the Kronia festival in honor of the titan Kronos, during whose time the Earth supposedly had a Golden Age.

In Ancient Rome, the summer solstice coincided with the veneration of the goddess Vesta – Vestalia. Vesta was the goddess of the family hearth, the patroness of married women, marriage and innocent girls. A few weeks before the solstice, the temple of Vesta was opened to all women, and this was the only period of the year when women could make sacrifices. The sacrifices were both quite bloody – in the form of unborn calves, and ordinary – special pies cooked on water from a holy spring.

Native American Indian tribes celebrated the June solstice with ritual dances in honor of the Sun. For example, the Sioux had a ritual called the Sun Gaze Dance. It was a dance in a ritual circle, in the center of which was a poplar tree. The tree was considered a connecting link between heaven and earth, and the dancers’ bodies were covered with colorful patterns. Red symbolized the Sun, blue the sky, white the light, yellow the lightning, and black the night.

The summer solstice was especially joyfully perceived by the peoples of regions with a cold climate, where it was quite difficult to survive the harsh winter. The population of Scandinavia celebrated the arrival of the warm season with ritual meals and large fires that embodied the heat of the Sun. The warlike Vikings planned their military campaigns and made most of their trade and legal agreements during this period, as it was considered a time of great power.

On the June solstice, the Celts celebrated Lyta, the midsummer festival. It was a joyous time for songs, dances, entertainment and rituals involving fire and water. People decorated themselves and their homes with wreaths and garlands of flowers and herbs, which acquired healing power. Also on these days it was customary to go for a wedding. In general, the summer solstice was a magical time for the Celts, when the normal laws of nature were suspended, spirits and fairies could easily communicate with humans, and humans could go beyond the usual confines of their world.

There is an assumption that the Celtic Druids on the day of the summer solstice performed their rituals at Stonehenge, an ancient megalithic structure whose purpose remains a mystery, but at the same time it is an extremely accurate astronomical calendar. At dawn on the longest day, the Sun rises just above the Heel Stone of Stonehenge and its first rays illuminate the center of the structure.

Our Slavic ancestors – pagans, on the summer solstice, honored the god Kupalo, who took care of beauty, youth, love and marriage. Natural elements — fire and water — were the main attributes of the holiday. Young boys and girls jumped over bonfires, threw wreaths for water, sang songs and arranged ritual dances. Herbs and dew collected at dawn were used as reliable medicines, and it was also a time of magic, when you can meet a woodcutter, a mermaid, a mermaid and other evil spirits.

The day of the summer solstice in history

Frequent Questions and answers about the summer solstice

Why aren’t the days during the summer solstice the hottest, when the Earth receives the most sunlight?

Usually, summer temperatures reach their peak about six weeks after the June solstice. This is due to the fact that a significant part of the planet is covered by water, which has a high heat capacity, and therefore, it takes a certain time to heat up.

Is it true that on the day of the June solstice the dawn comes the earliest and the sun sets the latest?

Despite popular belief, this is actually not the case. The earliest dawn is a few days before the solstice itself, and the latest sunset is a few days after.

How were the pagan celebrations of the summer solstice transformed with the adoption of Christianity?

In the Christian religion, June 24 is the birthday of John the Baptist, a famous preacher and prophet. Therefore, the holiday of the summer solstice for Christians is a day of honoring St. John.

Which date is correct to consider as the beginning of summer – June 1 or the day of the solstice?

In which countries is the summer solstice holiday one of the most popular?

For residents of European countries such as Sweden, Finland, Denmark, Norway, Lithuania, Estonia and Latvia the day of the summer solstice is traditionally one of the most beloved holidays (in second place after Christmas).

How to celebrate the Summer Solstice?

First of all, this day is a celebration of the triumph of light, including the inner light. Everyone wants to feel a certain spiritual renewal and enlightenment by analogy with the Sun, which is experiencing the culmination of its movement to the brightest day.

Midsummer is the beginning of summer, that is, a period of hopes and happy hopes for long-term warm and sunny weather, and not only outside the window, but also in the soul. Usually, during this period, we tend to make plans for rest, travel, and positive changes in life. For example, in the summer, we most often start re-planning and repairs at home, change our eating habits (because there are so many fresh vegetables, berries and fruits around), as well as physical activity, because nothing energizes us better than sports exercises in the fresh air.

Since the moment of the solstice is always the beginning of a new cycle, it is also a good time for us to try something new, visit unfamiliar places, learn something, especially since summer provides many opportunities for this. It is impossible not to love the time of the summer solstice, because it is a bright, positive and encouraging period in nature and in people’s lives.

When will we celebrate Summer Solstice? 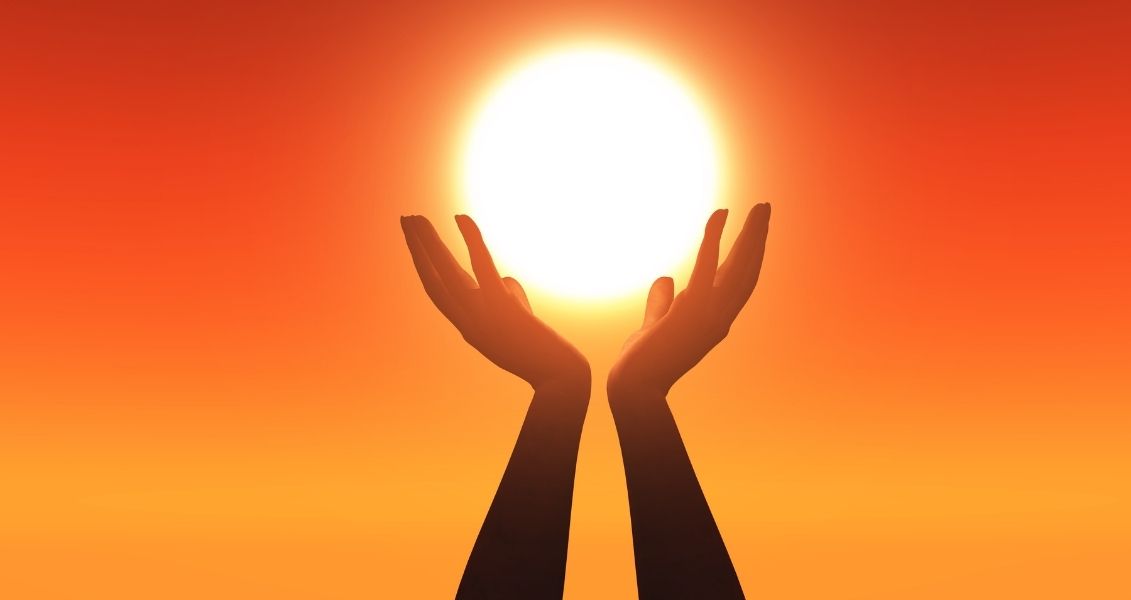 The day of liberation of Ukraine from fascist invaders