The environment, which is also called the environment, is the basis of our life. Forests, rivers, soils — all this provides us with clean air, drinking water, and healthy food. However, in our activities, we usually neglect the interests of the environment, and this leads to the fact that it becomes more and more polluted and depleted. In order to motivate people to understand environmental problems and involve them in active actions for nature conservation, Ukraine celebrates the third Saturday of April every year Environment Dayor Environment Day. This event is marked by concrete measures – planting trees, cleaning garbage, cleaning water bodies and other useful works.

How did the idea of ​​celebrating the Ukrainian Environment Day come about?

Problems environment are now acutely facing the whole world, and Ukraine is no exception. There are many reasons for this, but perhaps the most important is the attitude to the environment of the citizens themselves, that is, each of us. Unfortunately, the fast pace of modern life often prevents us from looking around and realizing that nature is begging for help.

Ukrainian rivers were once full of water and clean, and our ancestors built their settlements on their banks. Despite the fact that there was plenty of clean water then, people treated it very carefully. It’s not that they didn’t throw garbage into the water – it was forbidden to spit in it and even swear near a river, lake or spring. In order to preserve the fullness of the reservoirs, trees were planted on their banks, most often – willows. The rivers thanked people for taking care of the fish – there were much more of them than now.

For example, even a hundred years ago, valuable sturgeon species were common fish for the Dnipro. But due to the construction of hydroelectric power stations, their existence became impossible, and many other species died due to pollution by domestic and industrial effluents. Kyivvodokanal alone discharges about 500 million cubic meters of dirty sewage into the Dnipro every year. Reckless interference of people in riverbeds lead to the fact that the once full-water rivers, along which steamboats traveled at the beginning of the 20th century, turn into swampy streams filled with garbage.

Trees produce a large amount of oxygen, absorb carbon dioxide, protect agricultural fields from drought, and the leaves of some breeds emit special substances – phytoncides, which are able to destroy pathogenic microorganisms. Tree roots, entwining the soil, contribute to the preservation of moisture in it and prevent the leaching and weathering of the fertile layer. That is why Ukrainians planted trees near water bodies, on the slopes of ravines, on the sides of fields and roads from time immemorial. In general, the forest was treated very respectfully – children were taught from an early age not to break branches, only carefully selected trees were harvested for economic needs, and in the spring and summer, when the sap flow continued, trees were not cut down at all.

We have the exact opposite situation now, when poaching is flourishing, and in some places even a forest strip. Official statistics show illegal deforestation on an impressive scale — in 2019, it amounted to 118,000 cubic meters. Insufficient amount of greenery in the steppe regions leads to droughts, and in the mountains to floods. In addition, many species of plants and animals whose home is the forest are disappearing.

Even forty years ago, Ukrainians produced practically no plastic waste, because the materials for food packaging were paper, glass and cans. Paper quickly decomposed in nature or was burned in furnaces, and glass and metal were handed over for recycling. But with the advent of polyethylene and plastic, the amount of garbage began to grow exponentially, and in addition to legal landfills for household waste, spontaneous ones began to form – in forest belts, on the sides of roads, on the banks of reservoirs, on the outskirts of small towns and villages. It is usually impossible to establish the culprits, and the punishment for such damage to the environment is not severe enough. Therefore, landfills in Ukraine continue to appear, and local self-government bodies and concerned citizens have to deal with them. According to statistics, each Ukrainian generates more than 10 tons of garbage, and only 3% is recycled. Of course, the lack of full-fledged waste processing plants in Ukraine only worsens the situation, but the insufficient environmental awareness of people also plays a significant role.

Ukrainians have long treated the earth as a mother, and a handful of it was considered a holy amulet in a foreign land. The earth provided bread, which means life, so they protected it and tried not to exhaust it. In order to water the land in the spring, the peasants trampled the snow in the fields, followed the rules of crop rotation, and humus served as a fertilizer for the soil. Currently, the state of Ukrainian lands requires special attention. Neglecting crop rotation leads to the rapid depletion of the legendary Ukrainian black soil, and it recovers very slowly — it takes 2,000 years to form a 10-centimeter fertile layer. In addition, in pursuit of large profits, farmers use pesticides in large quantities on their fields, often even those that are banned in European countries. The soil accumulates these dangerous substances, as well as heavy metals from the emissions of businesses and cars, and then gives them to plants, which become food for people.

What types of environmental pollution can there be?

A distinction is made between natural pollution – for example, from a volcanic eruption or flood, and anthropogenic pollution, which is caused by human activity. But pollution can be not only chemical or biological, but also electromagnetic, noise, heat and radiation.

What are the main ways of preserving the environment available to every person?

There are many ways to help the environment, but the simplest of them is to abandon the use of plastic bags and disposable dishes; try to save electricity and water; buy only necessary things; sort garbage; do not litter on the streets and in nature.

One of the dangerous pollutants are synthetic detergents, in particular, washing powders that contain phosphates. These chemical compounds contribute to the growth of algae, change the surface tension of water, make it difficult for oxygen to enter, and therefore disrupt the vital activity of aquatic fauna. Therefore, at the household level, it is worth using phosphate-free detergents.

How dangerous are nitrates and pesticides?

Pesticides are poisons for insect pests used in agriculture. These compounds get into the soil, water and air, and from them into the human body, causing various diseases – from allergies to cancer. Nitrates are used as fertilizers, but their excess in plant products causes human poisoning and has a carcinogenic effect.

What household waste is the most dangerous for the environment?

Used batteries and accumulators are considered as such. In landfills, they cause fires, and in the process of burning waste, they explode. At the same time, dioxins and heavy metals enter the environment. That is why it is so important not to throw batteries away with other waste, but to hand them over to special collection points.

How to celebrate the Ukrainian Environment Day?

Environment Day it has long been part of the life of Ukrainians, so we have certain traditions of holding it. In schools, quizzes and contests of children’s drawings on the topic of nature protection are dedicated to this event, and in order to encourage people to use ecological transport more, bicycle races are organized in cities.

On this day, the most diverse communities gather – work groups, pupils, students, neighbors on the street or in the house. There is usually something to do — clean up trash on the property, tidy up children’s and sports grounds, clean up the nearest reservoir, plant trees and bushes on wasteland or around the house. Roadsides, forest strips and other environmental objects also need spring cleaning. Therefore, both volunteers and specialized organizations involved in the improvement of the territories of local communities are involved in these works.

To spend with benefit Environment Daysometimes it is enough just to start sorting garbage, hand over used batteries and LED lamps to special collection points, repair or replace faucets if they are leaking, teach children not to leave behind any garbage on the street and treat green areas with care.

In order to build a European-level country, it is important to have a clear state strategy for ecology, natural resources and energy efficiency. Unfortunately, so far these issues are not at the forefront of the Ukrainian authorities, and environmental protection is often neglected in our country in favor of economic gain.

But in reality, the state of the environment and the economy are very closely related, and the damage caused to nature is returned by significant economic losses for the state. For example, from chemical pollution of water and soil and irrational management, we have a decrease in the quality of agricultural crops, the level of morbidity of the population is increasing, and low energy efficiency means wasteful use of natural resources. Therefore, we all need to finally understand that the consumerist attitude towards nature is a companion of poverty and one of its causes.

It remains to be hoped that specific actions to organize and beautify the environment that surrounds us will not be limited to just one day a year and Environment Day will force as many people as possible to take on the problems of Ukrainian ecology. Only then will natural garbage dumps, broken trees, felled forests, mutilated lands and silted rivers decrease in our country.

When will we celebrate Ukrainian Environment Day? 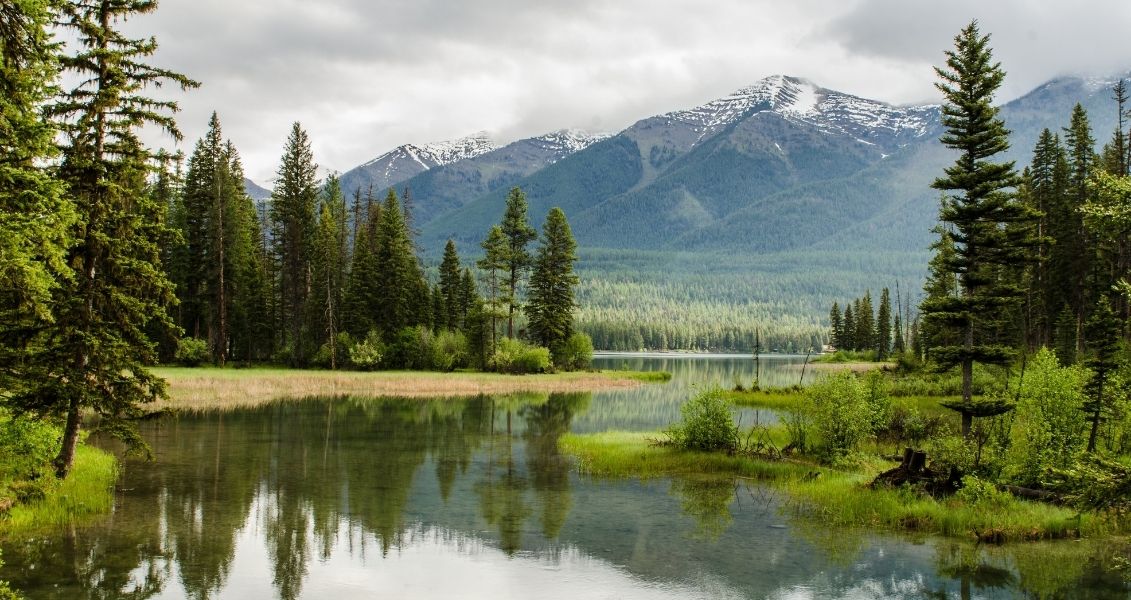 Read more:  The death of the apostle and evangelist John the Theologian