We bet that everyone who watched these ever-popular Pirates of the Caribbean series got so inspired by the main character – the most charming wit and trickster – that wanted to gather their own team of swaggering adventurers straight away and set out to the unknown lands in search of the treasures, or at least the barrels of rum. After all, “do what you want ‘cause pirate is free!”.. as the famous song goes.

In fact, you can fulfill all your piratical ambitions because there’s a date in the calendar, created exactly for that. When is International Talk Like a Pirate Day in 2022? Pay attention to the narration!

This holiday is a pure fun. And it started on a joyous afternoon of June 6, 1995, when two bosom friends, Mr. Baur and Mr. Summers were playing the game with a small ball and short-handled rackets. God knows why, but on that day they came up with encouraging each other with the piratical words and characteristic grunts, “avast!”, “arr!” and the like, all that they picked up from the theme books and movies. 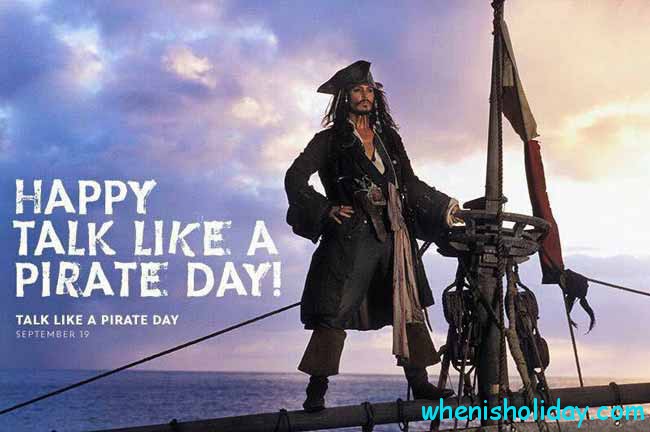 After the game, they both agreed on how quick the time passed and how amusing was that way of conversation with some wild notes. Why not invent a national observance then? – the fellows decided and got puzzled with the date. As the sixth was a day of reverence for the beginning of the WWII, they thought hard of the other possible memorable dates. Eventually, with nothing more appropriate, they made up their minds to designate the birthday of Mr. Summers ex-wife as National Talk Like a Pirate Day.

So said so done! They initiated a few chaps into those piratical traditions and were happy annually entertaining the citizens with authentic dressings and quirky speech. The turning point occurred in 2002 when a friend of them found out the e-mail of their idol – the one and only Dave Barry who happened to write the comic column in a newspaper. Not even considering the whole oddity of the letter, they asked him to help popularize the holiday by mentioning it in his articles. Of course, they made that as a joke, and didn’t expect to receive the answer just in a few days, together with the huge popularity in a week! The well-known columnist got excited with the idea of staging the wacky observance and gave the start to the mass celebrations, not only in the US but also all across the world.

Once the issue was published, those guys were literally attacked by a flurry of calls from media and invitations to the TV shows. The widest coverage of the holiday in 2002 ensured its transforming into the international festivity with myriads of people involved. As for today, the two men are still deep into the pirates-like performances and conversations, making our world a tad funnier and naughtier every year since 1995.

Well, you know who can answer the question – when is International Talk Like a Pirate Day 2022 – without a hesitation!

What does National Talk Like a Pirate Day mean? It means that just for a day you are to forget about the everyday routine, have fun to the fullest and praise the good old swashbucklers glorified in many cultures.

In spite of the murderous history, full of slaughters, plunders and blood-chilling legends, we love pirates. Yep, we absolutely unequivocally do! A few of us definitely would not mind being in those criminals boots for a short while. If not for real, then for fun.

If we haven’t had a soft spot for the sea plunderers, then there wouldn’t be the fifth series of the Pirates of the Caribbean. Or, the Treasure Island wouldn’t be proclaimed one of the greatest books. Undoubtedly, we are all fallen in love with the artistic image of them – illiterate and zany scapegraces yet with deeply hidden nobleness. Even their look and dressing are associated with the times when they were the kings of the seas, in the 16th century. The true pirates are none of that, they are the criminals prosecuted by the government.

Nevertheless, it doesn’t keep us from imitating those crazy rakes once in a while. You can even do that whenever you want, no matter what day National Talk Like a Pirate Day falls on, just “‘cause pirate is free!”

The term “pirate” came from the Greek language word meaning “trying one’s luck”. It is a merciless sea robber eager for plunder. The piracy came into being together with the navigation. The antique pirates, especially the ones from Phoenicia, were known for the attacks on the ships and the coastal settlements capturing locals and then selling them into slavery.

With time, it was declared to be one of the most serious crimes; those who got caught were crucified. Initially, the famous feature of the pirates – the black-and-white flag with the skull image – was of the scarlet color with the various symbols of the death, just to frighten the enemy a bit more.

There are at least fifteen types of the pirates. The most popular of them are the filibusters who robbed the Spanish ships and colonies in America in the 17th century. Interestingly, to be called like that, they obtained the sort of the licensing letter that gave them the right to attack the vessels. The capers, or privateers, also got the license from the government yet in exchange for sharing the loot with the authorities.

What is the date of World Talk Like a Pirate Day 2022? It’s always set on September 19. 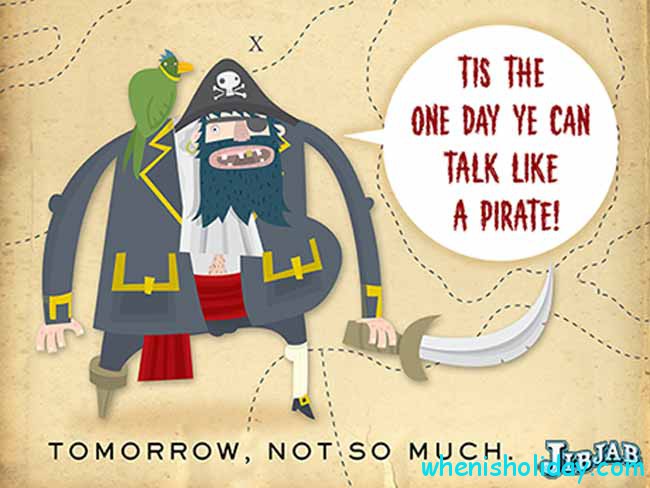 First, you talk like a swashbuckler. You can use all piratical swear words that you are aware of. To get yourself more advanced, you may scan through the slang glossaries. These are our favorite ones – “no prey, no pay!”, “scupper that!” and “Nelson’s folly” that correspondingly mean to share everything with your fellows, an angry exclamation and another term for the rum.

Second, you dress like one. The wooden legs, captain’s hats, vests and satin trousers are welcomed on that day. For those who don’t want to improvise, you can just channel the image of Jack the Sparrow! And you’ll strike everyone.

Third, you throw a true piratical party with tons of the purest rum, lively parrots and monkeys, ominous candles in the oldest candlesticks and theme treats and drinks. How about strong Cap’n Barbossa cocktail, made of soda, rum, lime juice and cinnamon, and “The Eye of the Shark” snack, containing fried eggplants, tomatoes, cucumbers and olives (in the shape of the pupils, natch)?

Fourth, you get engrossed in the tales, stories, and literature related to the piracy. We’d strongly advise the movies and books we’ve mentioned above.

After all, you can always avoid the organizational issues and just drop by the nearest bar or pub. If your country is among those that celebrate the holiday, there have to be some activities, or carousals, on the way!

Well, carve a space on your calendar, when is Talk Like a Pirate Day in 2022, and be sure to prepare yo ho ho and a bottle of rum! 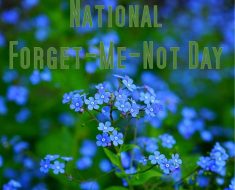 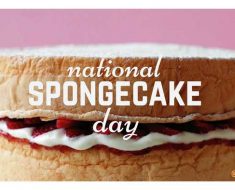