Harry Potter is a charismatic character in the novels of Joan Rowling and the films based on these novels. A young magician with a difficult fate has gained a whole community of loyal fans, and it is not only a children’s audience – many adults are fascinated by a supposedly children’s tale with features of fantasy, adventure novel, detective story and thriller, which is actually something much more. The boy wizard is a rather unusual literary character who has his own birthday. According to the plot, he was born on July 31, 1980, so his fans established a special holiday — Harry Potter’s birthday and it is celebrated on July 31 every year.

All holidays and events for July 31

How did the idea to celebrate Harry Potter’s birthday come about?

The future writer herself was born on the same day as the little wizard, but it happened in 1965 in the British city of Yate. Since childhood, JK Rowling loved to read and dreamed of writing books. At the age of 6, she wrote her first story, the main character of which was a rabbit, and at the age of 11, she began a novel about “cursed” diamonds and their owners.

After graduating from the University of Exeter, Joan moved to London and began working for Amnesty International and then the Manchester Chamber of Commerce. In 1990, Joan’s mother died and the girl experienced this loss very hard. Once she was waiting at the station for a train from Manchester to London and suddenly it occurred to her to write a novel about an orphan boy with magical abilities. Almost in the car, Joan began to make the first recordings, and soon a lot of them accumulated.

In 1992, Rowling went to Portugal as an English teacher, where she got married and gave birth to a daughter. However, the marriage did not last long, in 1993 she returned to Great Britain and settled in Edinburgh. The first three chapters of the novel were already ready, and despite the fact that financially Joan was going through hard times, she continued to write every free minute.

According to the author’s idea, the plot of the books about Harry Potter was supposed to cover seven years of his life, starting from his 11th birthday. It was then that the boy learned that he was a wizard from birth. Harry received an invitation to the Hogwarts school of magic, where he found faithful friends – Hermione Granger and Ron Weasley, and also learned that his fate is connected with the dark wizard and murderer Voldemort. The struggle between them becomes the main theme of the novel and represents the eternal battle between good and evil. The writer endowed Harry Potter with the best human qualities – he is an intelligent, kind, strong-spirited young wizard who is impossible not to sympathize with.

Rowling completed work on the book, which she called Harry Potter and the Philosopher’s Stone, in 1995. She sent the first chapters of the manuscript to many publications, but received rejections everywhere – the editors explained this for various reasons, for example, the volume of the book was too large or the political incorrectness of the emphasis on the boarding school. In the end, the case helped – the 8-year-old daughter of the editor of “Bloomsbury Children’s Books” liked the book and asked for a sequel. Therefore, the publishing house purchased the manuscript and ordered the first print run of 500 copies in hardcover.

In June 1997, 200 books were delivered to bookstores, and the remaining 300 were sent to libraries. In the same year, the novel won the National Book Award of Great Britain. This award, together with positive reviews, made the work widely known in a matter of months. In the USA, the book appeared in October 1998, and in December it entered the bestseller list of a popular publication, where it remained in the top three for 82 weeks in a row.

“Harry Potter and the Chamber of Secrets”

The second novel, Harry Potter and the Chamber of Secrets, was published in Great Britain on July 2, 1998, and a few months later in the United States. It quickly became a bestseller in both countries and has since been translated into other languages. In October 1999, the success of Rowling’s books and the plot lines, which were ideally suited for a film script, attracted the attention of the film company “Warner Bros. Pictures”, which obtained a license to produce the film.

In the following years, readers were happy to meet the next five novels of the series, as well as the play, which is an addition. The works are combined in an appropriate literary manner, but, according to the author’s plan, the characters were supposed to grow up with their readers, so the events of the plot became somewhat more violent over time, the writing style was more mature, and the details were more complex. For their part, fans waited with increasing impatience for the appearance of each subsequent novel. For example, the sixth book “Harry Potter and the Half-Blood Prince” sold 9 million copies in the first day of sales, and the seventh – “Harry Potter and the Deathly Hallows” – surpassed previous achievements, because in one day 11 million copies were sold.

Thus, the Harry Potter series consists of seven books, but eight films were made, because the final novel had to be divided into two parts due to its large volume. The author of the books insisted that the three leading roles be performed by British actors, so from the first to the last picture they were played by Daniel Radcliffe, Rupert Grint and Emma Watson.

The industry of related goods and entertainment, which was formed on the basis of novels and films about Harry Potter, although not unique, is extremely large-scale. Posters, costumes, magic wands, video games, attractions, theme parks — all this is estimated, together with the profits from book sales and movie rentals, in several tens of billions of dollars.

Why are the “Potterians” novels published under the name of JK Rowling?

Joan withheld her full name at the request of the publisher, who believed that boys would not want to read a book written by a woman, so a gender-neutral pen name had to be chosen. This is how the abbreviation “J. K.”, where the letter “K” stands for Caitlin, Joan’s grandmother’s name.

In how many languages ​​of the world can you read books about Harry Potter?

To date, the number of sold books from this series is estimated at 500 million copies. At the same time, the novel has been translated into 80 languages ​​and it is among the top ten most translated books. The first book of the series was even translated into Latin and ancient Greek.

Which of the Harry Potter films became the highest grossing?

The greatest commercial success was achieved by the film “Harry Potter and the Deathly Hallows, part 2”. It grossed $1.3 billion worldwide, making it the third-highest-grossing film behind Avatar and Titanic.

What helped Joan Rowling invent the many spells that sound from the mouths of the characters in “Harry Potter”?

While studying at the University of Exeter, Rowling studied classical languages ​​and mythology. Therefore, it was knowledge of Latin that helped her invent all the strange spells that the book’s characters often use.

How much money did Harry Potter bring to its author – Joan Rowling?

Considering that this franchise is one of the most successful in the world, JK Rowling has become a very wealthy woman. The exact size of her wealth is unknown – sometimes she is included in the circle of billionaires, although she herself denies it.

How to celebrate Harry Potter’s birthday?

Perhaps the easiest way to celebrate this holiday is to watch movies based on J.K. Rowling’s novels. You can choose the most favorite of them, or you can arrange a real movie marathon from all series, stretching it over several days. Of course, it is more fun to spend such a movie session together with family or friends.

Birthdays are traditionally celebrated with parties, so why not arrange a themed party for friends on July 31. The physical absence of the birthday boy at the party will not prevent him from wearing “magical” costumes and preparing a “magical” treat. Children will get special pleasure from such a transformation.

And the most obvious thing to do on this day is to pick up your favorite Harry Potter novel and read it again, or maybe recommend it to children who are just starting to get interested in books, because Harry Potter is a worthy character to start a pleasant acquaintance with with the world of literature.

On novels about Harry Potter a whole generation has already grown up, while they continue to fascinate children of all ages. Young readers learn a lot of life lessons from the stories about the boy wizard, because the Potter books are more than stories about wizards and magic. They teach loyalty, independence, bravery, kindness, understanding of human nature. At the same time, Rowling’s story is one of the few books for children and teenagers that is not purely romantic, like, for example, “Twilight”. Of course, romance in “Harry Potter” is present, but without excesses, it is not at the heart of the plot, instead, the main themes are friendship, moral qualities, concepts of good and evil.

For adults, novels about Harry Potter are an opportunity to temporarily escape from everyday reality to the magical world, a kind of “reset” of the psychological and emotional state. Also, these are extremely pleasant memories of childhood, because these books have a strange feature – rereading them, you will definitely remember the circumstances when you first met Harry and his company. These books even inspired many to learn English in order to be able to read them in the original.

After all, for everyone – children and adults, these are simply very interesting stories with complex storylines that are easy and enjoyable to read. First released before the era of the public Internet, they have not lost their appeal until now, just like Harry Potter, who is a symbol of belief in the impossible, and most importantly – in oneself.

When will we celebrate Harry Potter’s birthday?? 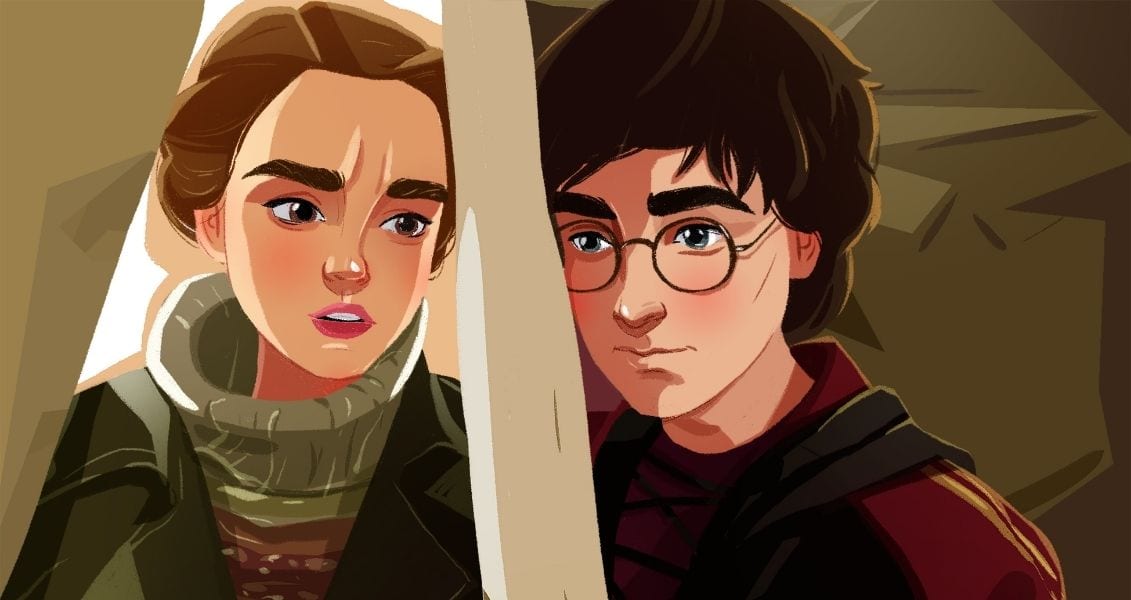