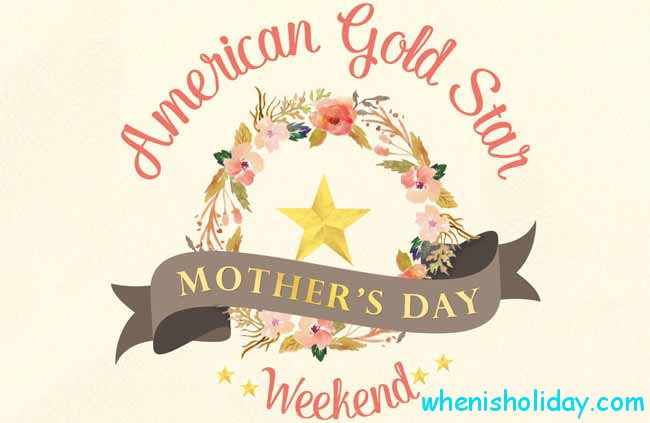 Undoubtedly, we all have heard a lot about the high level of patriotism prevailing throughout the United States of America. Love for the native country is especially expressed through the citizens’ clear perception of serving in the US army as a sacred duty and pride. And for every one of 325 millions of Americans, it’s important to know – when is Gold Star Mother’s Day in 2019.

This day is filled with reverence and compassion. The whole country acknowledges the women who sent their children for service in armed forces but never have them come home again as these sons and daughters fell defending the motherland’s honor. To find out more on this respectable date, we have to delve deeply into the history of equally venerable American Golden Star Mothers organization.

IT ALL STARTED WITH A SAD STORY OF ONE USUAL WOMAN…

At the time of World War I, an ordinary woman from Washington, Grace Darling Seibold, was awaiting her dear son from the battlefield breaking out a thousand miles away from home. To ease the anxiety and make a contribution to the common good, she decided to help injured soldiers at the local hospitals. Her beloved child – George Vaughn Seibold of 23 years old – joined the USA army when the country entered the Great War in 1917. After airmanship training in Canada, he was dispatched to France under control of the British Royal Flying Corps.

The letters from George arrived regularly, but several months on, the news died out. The relatives were tortured with uncertainty because their loved one was under the jurisdiction of Britain and American headquarters couldn’t help with anything. Poor mother set to care for those who ended up suffering on the hospital bed and desperately needed support.

Unfortunately, this story didn’t have a happy end. On October 11, 1918, George’s wife in Chicago received a package with painful words on the wrap – “Effects of deceased Officer George Vaughn Seibold”. The confirmation of the death was delivered, too. It informed that the valiant soldier fell in line of duty in Paris. 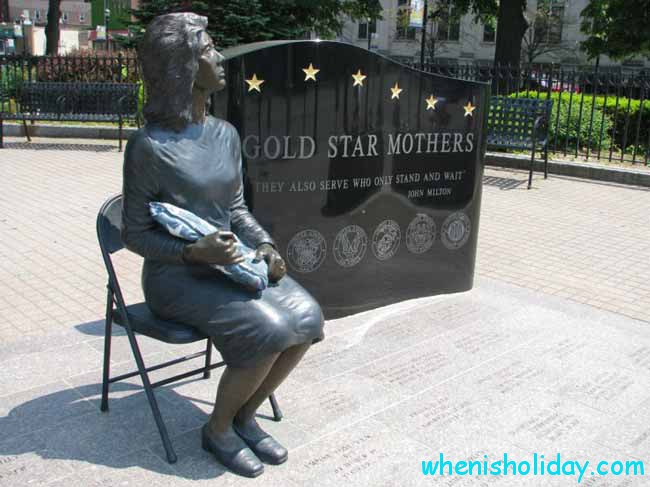 … THAT CONSOLIDATED EVERY MOTHER WHO LOST HER CHILD IN A WAR

Even today, in 2019, remembering of when is Gold Star Mother’s Day, we pay tribute to this strong woman – Grace Seibold. She neither got overwhelmed by her grief nor blamed the authorities for sending young boys and girls straight to their deaths. She unleashed the burden of unbearable loss on the lifelong service to the people and the aid to maimed defenders.

With that purpose, Grace gathered a group of women who were crushed by the same pain. They took an active part in the hospital life and found comfort in caring for the war’s victims. More new members kept joining the ranks. Because it embraced the city of Washington only, the decision was taken to establish a national organization that would affect all states and extend the hand of friendship to every sorrowful woman. Therefore 25 mothers met in the capital of the USA on June 4, 1928, and set an official date of American Gold Star Mothers organization’s history.

For now, around 900 mothers are considered to be the members of AGSM. They humbly pay the honors to their fallen children by doing everything they can to help the veterans of America. Over a period of 86 years, these women are annually remembered both for their lost and dedication.

It’s safe to say the US has 2 dates that commemorate those who gave us life. Asking about the first date – Mother’s Day – doesn’t bother anyone’s head. As for the second, you can often hear the following question – what day do we observe Gold Star Mother’s day in 2019?

THE SACRED MEANING OF THE “GOLD STAR MOTHER” TERM

Gold Star Mother is derived from the American custom of the World War I period. The families, that had their member gone to the front, hung a service banner, or flag, in the window. It was a white cloth with a red border, at the center of which laid blue-colored stars. The stars’ amount was equal to a number of worriers. If mournful news came, the star’s color was changed to a golden one, symbolizing the bravery and valor of the soldier who fell for their homeland. For the time being, the golden color indicated only the deceased ones, but now it’s also used for the missing soldiers.

Thus the banner and the stars demonstrated to other people the cross this family was carrying. And if the golden replaced the blue, everyone realized the extent of sacrifice that was made for the country. Hence it appeared the name of Gold Star Mother and also Blue Star Mother, Gold Star Wife and the like. 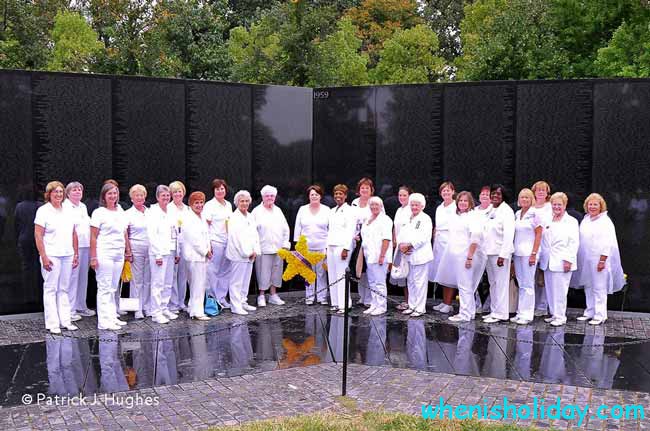 This holiday is observed every last Sunday of September. To be able to answer the question of what is the date of Gold Star Mother’s in 2019, take a look at the calendar and you’ll see September 29.

Initially, the date was designated with the help of Theodor Roosevelt back in 1936, when he announced it to be a national day of respect for the mothers of the fallen soldiers on June 23. The importance of Gold Star Mother’s Day is emphasized in the Code of Laws of the United States of America where in Title 36 par. 111 it’s declared to be patriotic and national observance. In 2015 Barack Obama proclaimed the date a bit differently as Gold Star Mother’s and Family’s Day.

However, it’s not codified as a public holiday. Obviously, there is nothing merry about that day. Following the tradition, September 29 will begin with the President’s address to the nation. He will call to people for honoring the families that lived through the hostility with irreparable loss.

Public life is not affected by the date, but the government institutions are asked to display the flag of the US. Volunteers and sympathetic groups, including AGSM, organize the events aimed at expressing love, support, and reverence for the women who are deprived of their beloved children’ smile.

The sad history of this day makes every conscious American mark in their calendar, when is Gold Star Mother’s Day in 2019. Considering the fact that it’s a truly unique date, it can be a decent example for other countries in the world. Always remember and honor the mothers and families that sacrificed their closed ones in the struggle for the ideals they believed in.

Feast of the Immaculate Conception

International Day for the Protection of Laboratory Animals