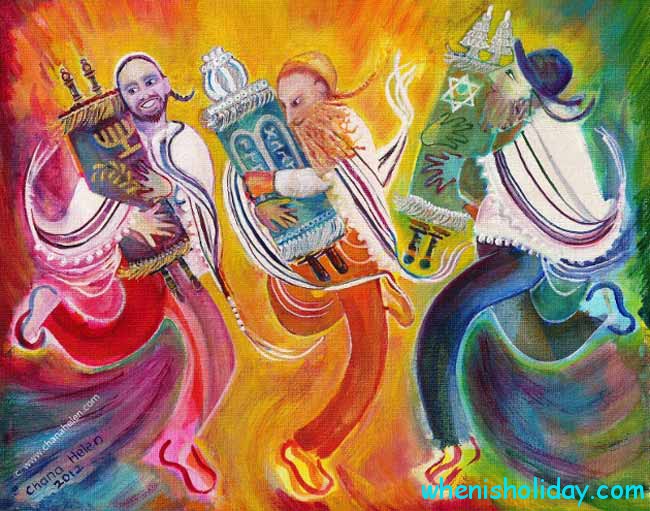 Simhat Torah, also known by the name of Simchat Torah, is an annual Jewish religious holiday that feasts the ending of yearly round of readings of the Torah, which is one of most important books, if not the main book in Judaism. This day can be considered both discrete holiday and part of larger solemnization of Shemini Atzeret, which translates literally in Eighth Day of Assembly.

Simhat Torah is an outstanding and unique day in Judaism, as this is an exclusive time when Torah Scrolls are being read at night, not only in daytime. This holiday also features some pretty unique traditions, such as calling for those, who can read Torah properly. This can be very difficult due to the fact that Torah has no punctuation and vowels. But on the day of Simchat Torah almost everyone can be selected to perform this honorable activity.

That being said, when is Simhat Torah in 2020? As with many religious holidays, the date of Simchat is set with no relation to Gregorian calendar, so to understand when it will occur, you first need to translate the date from Hebrew or, simply put, Jewish calendar. Now then, Simchat is observed on the twenty-second day of Tishrei in Israel and on the twenty-third in other countries. So, to spare you some time and effort we already translated it for you. Simchat Torah 2020 will begin in the evening of October 10 and ends in the evening of October 11. This depends, as was already said, on locality.

The features of celebration

The celebration of Simhat is filled with joy and various activities. Readings of Torah are only minor part of feasting. People gather together to talk, dance and sing, all while praising the name of the Lord. They sing chants from Bible, passages from Torah and liturgical poetry. But people also might sing various other songs in order to dance and feast properly.

As Jewish religion is well-known for its modesty, especially when it comes to female demographics, usually only males are taking part in dancing. In their turn, women often have discrete special dancing circles. Sometimes they simply do not attend to this activity and look from distant corners of the temple. This tradition slowly fades away in majority of progressive congregations, but still can be observed frequently all around the Israel and even outside of it. Basically, in every place with Jewish population they keep their traditions and rules nearly untouched.

So, what day Simhat Torah in 2020 will be? This question is vastly important for all of those who respect the Judaism traditions. The date of this annual holiday slightly varies from year to year, but we still can say for sure that in 2020 it would be October, 10. If you live outside the Israel, than you need to know that celebration happens one day later outside it, so in other parts of the world it will be October, 10th.

Traditions of celebrating promote determination and discipline, when it comes to studying and learning something new. Of course, mostly this relates to studying Torah and Bible in general. Young generations are strongly recommended to put themselves together and to not be distracted from the process of learning.

As was already said, everyone can attend to reading their own passage from Torah. This creates one little trouble – when lots of people participate in those public readings, there is simply not enough passages for all of them. The solution is rather elegant and mere. Some of participants read same verses.

With strict discipline and mass respect for traditions of Jewish community, there is no chance that someone would not know, when Simhat Torah 2020 is. Youth acknowledge such things pretty early in the childhood and keep that information with them throughout their whole life. So, if you are interested in finding out the date for yourself, you can just ask anyone related to this religion.

The importance of Simhat

Lately, this day began to emblematize the Jewish movement itself. It is far more than plain religious holiday of some sort, as now it considered a signifier of acceptance and tolerance towards Jews. For example, in Soviet Russia Jews settled massive feastings in Moscow, involving dancing, singing and praising.

The world still remembers the tragedy of World War Two, but no other community was hurt and damaged as much as Jewish community. For those, who do not now, the main idea of Hitler and his worshippers consisted of superiority of Arian race and inferiority of Jews in particular. Millions of them were brutally tortured and killed during the period of those events. 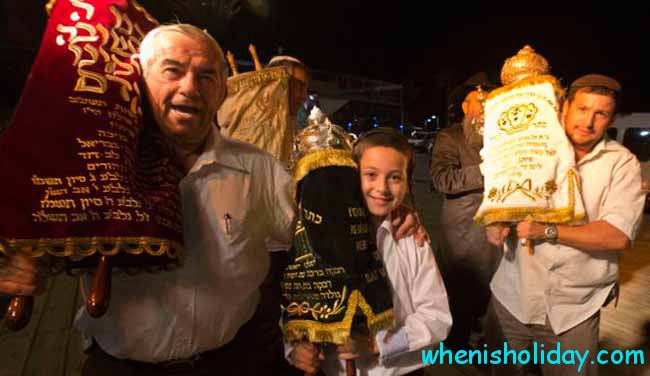 That’s why it is so inarguably important to show that the dark times of racial and religious discrimination are, in fact, over. By attending to the celebration of Simhat or by simply supporting its carriage you can show love and compassion.

So, you better know for sure the answer to what is the date of Simhat Torah 2020. And when this glorious day comes, you will have a chance to show that you are indeed a good person.

For Jews this holiday is no less important, as it is related to the most significant part of their culture. It also promotes determination and discipline, when it comes to studying and learning something new. Of course, mostly this relates to studying Torah and Bible in general. Young generations are strongly recommended to put themselves together and to not be distracted from the process of learning.

As Jews treat their holy traditions with outstanding respect, they attend to celebration almost mandatory, so if you will ask something like when is Simhat Torah in 2020, they will not check their calendar to find out answer. They will probably give you answer right away. There is also a possibility that they will invite you, but do not count on it if you are not the follower of Judaism. After all, this celebration is sacred for all Jewish community and outsiders without proper respect could just ruin it.

One last thing we need to remind you about is that this day can be observed on different dates inside and outside of Israel. Keep that in mind.