The whole world celebrates July 10 Day Never Tesla. On this day, in 1856, this outstanding Serbian physicist, engineer, rationalizer and inventor was born. He owns numerous inventions in the fields of electricity and electrical engineering. He is the author of the theory of alternating current, he created the world’s first electric motor with alternating current, and also made many other great discoveries that became decisive for the development of world technology.

How did the idea to celebrate Never Tesla Day come about?

The future inventor was born on July 10, 1856 in a small Croatian village. At that time, Croatia was part of the Austro-Hungarian Empire. Rumor has it that he is small Nikola was born at exactly 00:00 on a stormy night.

The parents of the future physicist were representatives of the clergy. Nikolay had two brothers and two sisters. He was the fourth oldest child. The boy studied in one of the Croatian gymnasiums. From childhood he was interested in physics, and after finishing school he became a student at the University of Graz, later he graduated from Charles University in Prague.

After receiving his education, the boy moved to Budapest and in 1881 became an employee of the telegraph company. A year later, Nikola Tesla goes to Paris, where he managed to get a place in Edison’s company, where he creates an alternating current generator.

1884, Tesla moves to New York, where he continues his work for Edison and is noted for his broad outlook and remarkable achievements. But constant disagreements with Edison force the young physicist to leave his job. Edison and Tesla could not agree on the future of alternating current. The first advocated the need for direct current only, while Nikola tried to prove the importance of alternating current.

He implements his theories in cooperation with George Westinghouse. He worked for his electrical engineering company Westinghouse Electric. From that time, the most fruitful period of the life of an outstanding engineer and physicist began. It was at this time that he showed himself as a talented inventor. By the way, Westinghouse bought about 50 patents from Tesla with a total cost of $1,000.

In 1895, as a result of research Never Teslathe world’s largest hydroelectric plant was launched at Niagara Falls, which was equipped with generators designed by him.

Few people know, but humanity owes its existence to radio Nikola Tesla. After all, in 1896 he was the first to transmit radio signals over a long distance at that time – up to 50 km. 3 years later, he organized a laboratory to study the electrical potential of our planet. Thanks to the research that took place in this laboratory, Tesla comes to the conclusion that electrical energy can be transmitted over long distances without using any wires. So, in the late 1890s, he demonstrates the world’s high-frequency electric motors.

In the early 1900s, our hero worked on the famous Wardenclyffe project – an electrical station that was supposed to transmit energy without wires. However, the construction of the power plant was stopped due to a lack of funds and the refusal of some investors to invest in this project.

Nikola Tesla died at the age of 86 in the United States of America.

Great inventions of an outstanding rationalizer

Interesting facts from the life and activities of Tesla

When will we celebrate Never Tesla Day? 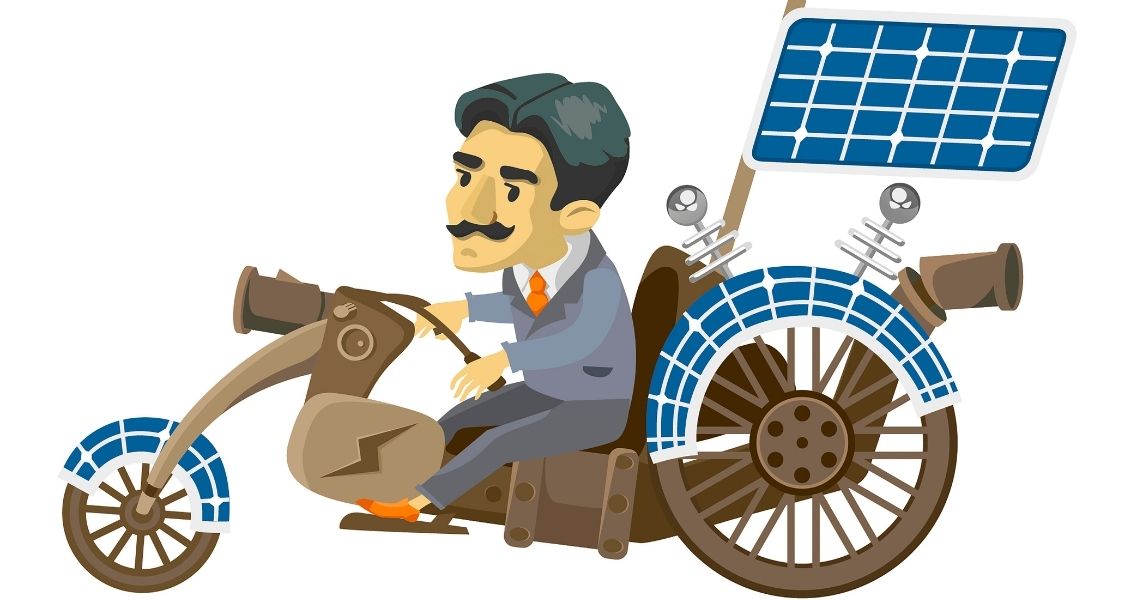 A day of visiting local parks