Outer space is often called the future of mankind, and its development is the most promising field of human activity. However, in the historical dimension, until very recently, a person’s stay in space seemed impossible.

On April 12, 1961, it became a reality – the first spacecraft-satellite with a person on board was launched into Earth orbit. This momentous event was preceded by many years of hard work by many aerospace specialists.

April 12 was celebrated in the then USSR as Cosmonautics Day since 1962, and in 1968 the holiday was named World Day of Aviation and Cosmonautics. Later, April 12 was declared by the United Nations as the International Day of Human Space Flight.

How did the idea of ​​celebrating World Aviation and Cosmonautics Day come about?

Mankind has always sought to push the limits of what is possible, in particular, to rise to the sky. Since ancient times, the most outstanding thinkers designed flying machines, but in practice it was not possible to turn this dream into reality. People managed to experience flight only in the 1780s thanks to the hot air balloon. A little later, the first gliders appeared, and their development laid the foundations of aerodynamics knowledge.

One of the first scientists inspired by space travel was Konstantin Tsiolkovsky, who designed an interplanetary rocket in 1903. And although rockets were still far away, from the moment the Wright brothers made their famous flight, the development of aviation was unstoppable.

At first, airplanes were used mainly for military purposes during the First World War, later their use expanded significantly — cargo and passenger transportation began. Already in 1933, the first airliner in the modern sense was created – Boeing 247.

Aviation played an extremely important role in the Second World War, on the other hand, the war also contributed to the rapid development of this industry. For example, as of 1939, the United States had only 300 aircraft, and at the end of the war, the country’s aircraft industry produced 50,000 aircraft per year. It was during the Second World War that the production of jet aircraft and the use of radars began in Germany, the USA, Great Britain and the USSR.

After the end of the war, the so-called “space race” broke out between the USSR and the USA. The governments of both countries sought to provide their space aviation with decent funding and the best specialists. In 1957, thanks to the design bureau of Sergey Korolev, the world’s first intercontinental ballistic missile was launched in the USSR, as well as the first artificial satellite of our planet.

Before sending humans into space, experiments were conducted with animals on board space vehicles. Monkeys were used in the USA, and dogs were chosen for this purpose in the USSR. The first and most famous was a dog named Laika, which, unfortunately, died during the flight. However, this flight became proof of the fundamentally possible presence of living creatures in orbit.

On April 12, 1961, the Vostok rocket carrier launched the spaceship of the same name into orbit from the Baikonur Cosmodrome, on board of which was 27-year-old Lieutenant Yuriy Gagarin. During the flight, for 1 hour and 48 minutes, the pilot maintained communication with the Earth, conducted observations from observation portholes and monitored the operation of the spacecraft’s mechanisms. After one revolution around the planet, the lander landed in the Saratov region, and the cosmonaut planned to eject and land with a parachute nearby.

Gagarin’s flight could only be the second, since in the USA the launch of a ship with a person on board was planned for March 1961. However, the weather prevented the flight and it was forced to be postponed to May. The American Alan Sheppard flew into space a month after Gagarin, but against the background of the triumph of the USSR, this event no longer looked so significant. Therefore, the US government decided to focus on the development of the Moon.

Soon, in August 1961, the second space flight was carried out in the USSR – Herman Tytov then spent a day in space; as well as the launch of two spaceships at once – with Pavel Popovych and Andrian Nikolaev. In 1963, Valentina Tereshkova was the first woman to be sent into space. The next year, the ship was launched immediately with three cosmonauts – Feoktistov, Yegorov and Komarov. On March 18, 1965, Leonid Leonov became the first earthling to visit outer space. He was outside the spaceship for several minutes, conducting video recording and observation.

“A giant leap for mankind”

The next stage in the development of space flights in the USSR was the creation of the Salyut orbital station, as well as a multipurpose spacecraft called the Soyuz, which could perform convergence and docking with other ships. As a result, in 1969, the long-term flight of cosmonauts Sevastyanov and Nikolaev, who were in orbit for 18 days, became possible.

1969 was also the year of the appearance of man on the surface of the moon. On July 20, the American “Apollo-11” descended to the Earth’s satellite with two astronauts – Neil Armstrong and Buzz Aldrin. In total, the United States sent its astronauts to the moon six times.

The year 1975 was marked by the first international space flight – the Soviet Soyuz-9 spacecraft docked in orbit with the American Apollo.

In the 1980s, the Salyut orbital station was replaced by a new extraterrestrial laboratory, the Mir orbital station. This station was operational until the mid-2000s and hosted many long-term and short-term expeditions, as well as hosting scientific equipment from more than 27 countries. The successor of “Mira” was the International Space Station, built with the participation of 16 countries.

World Day of Aviation and Cosmonautics in history

Frequent Questions and answers on World Aviation and Cosmonautics Day

What height can be considered the beginning of space?

Outer space begins beyond the boundary of the earth’s atmosphere, but it does not have a clear line, therefore there is no consensus among scientists about what height to consider the beginning of the cosmos. However, the International Aviation Federation registers flights as space flights at an altitude of 100 kilometers or more.

Specialists of what professions are most often involved in the aerospace industry?

The following professions are considered “closest” to space: cosmonaut or astronaut; design engineer; on-board equipment engineer; airman; astronomer; space biologist; specialist in space medicine. Recently, the profession of space tourism manager has appeared, and in general, there are prospects for a wide variety of specialties in the space industry.

What is the difference between aerospace and aviation?

Aerospace engineering originates from aviation, but is related to the technologies of movement in outer space. That is, aviation engineers design aircraft for use within the Earth’s atmosphere, and aerospace engineers are engaged in the creation of aviation equipment both for the atmosphere – airplanes and rotorcraft, and for space – rockets, satellites, manned and unmanned spacecraft.

What is the job of cosmonauts or astronauts aboard a spaceship?

How many earthlings have visited space in the entire history of flight?

A total of approximately one thousand earthlings have passed the selection and preparation for space flights, of which 568 people as of November 2020 managed to visit space. Some of them have carried out space expeditions several times.

How to celebrate World Aviation and Cosmonautics Day?

This day is usually not left out of the attention of the mass media, which reminds of the most important events in the history of aviation and cosmonautics, as well as about outstanding specialists in this field.

In Ukraine, there are several museums dedicated to cosmonautics – in Zhytomyr, Kyiv, Kharkiv and Dnipro. April 12 is a great reason to visit them, it is especially useful to do it together with children. You can also go to the planetarium or familiarize yourself with mobile applications for studying the starry sky.

IN World Day of Aviation and Cosmonautics it will not be out of place to mention the legendary Chief Designer of the era of the first space flights during the USSR – Serhii Korolev, by the way, Ukrainian by origin. To learn more about the life of the person who opened space to people, you can watch interesting films, for example, “Unbreakable. The way to the dream” or “Five deaths of Academician Korolev”.

If there is such an opportunity, flying will be a great idea to celebrate this holiday, it doesn’t matter what – a hang glider, a hot air balloon or a small plane will give incomparable sensations and emotions that will be remembered for a lifetime.

Development space important for many aspects of our life — science, technology, economy and civilization in general. Space is still a complex and mysterious environment for humans, so the most advanced technologies and materials are used for space engineering.

Usually, all these latest achievements find their application on Earth as well. For example, the US lunar exploration program contributed to the computer revolution around the world, and solar cells developed for spaceships led to the emergence of solar energy.

From the point of view of science, the study of space helps mankind to better understand the world in which it lives. For example, accurately predicting solar flares or the approach of comets or asteroids provides greater confidence and understanding of how cosmic processes can affect life on Earth.

There is an opinion that the costs of space flights exceed the benefits of them, but in fact this is not so – space is a profitable field. It is not for nothing that in recent years there has been an influx of private investments in the development of space technologies and space exploration. For example, the transfer of information, satellite surveys, thanks to which Google maps exist, are profitable; satellite navigation, which is indispensable for navigation, aviation and security systems.

Another important reason for the exploration of space is the desire of people to expand their habitat, because if technology will soon allow traveling outside the planet, why not choose a place that in the future can become a second home for earthlings, for example, in the event of a planetary disaster.

Well, in the end — curiosity about the unknown and the desire for a special cosmic romance also play a significant role. The desire to explore space will never leave humanity, because above all it can really help improve life on Earth.

When will we celebrate World Aviation and Cosmonautics Day? 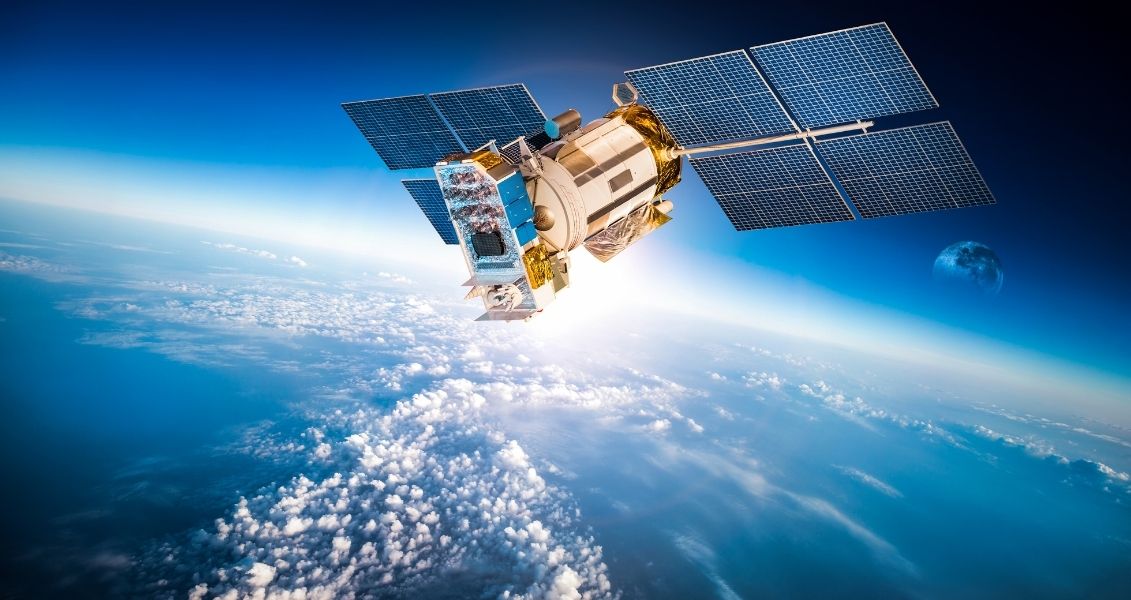