Whale sharks are the largest among all representatives of the shark family, and in general, they are the largest fish on the planet. But, unlike their relatives, these predators are safe for humans, because their prey, like whales, is marine plankton. Due to this, as well as due to their gigantic size, whale sharks got their name, although they have nothing to do with whales biologically. Without whale sharks, balance in the overall ecosystem of the Earth’s oceans is impossible, but now they are under threat of extinction and there are many reasons for this. Therefore, there is a special day when the attention of people in the world is fixed on these creatures – International Whale Shark Daywhich is celebrated every year on August 30.

How did the idea to celebrate International Whale Shark Day come about?

The oldest found remains of modern whale sharks are 28 million years old, but it is believed that the ancestors of these fish appeared on the planet about 245 million years ago. People have known about the existence of whale sharks since ancient times, especially in those communities that lived on the coasts of the oceans. However, the first scientific description of these fish appeared only in 1828, when the British zoologist and researcher Andrew Smith described a shark caught off the coast of South Africa.

All holidays and events for August 30

Whale sharks are distributed in warm and moderately warm Atlantic ocean waters, as well as in the Pacific and Indian oceans, usually between 30°N and 35°S latitude. These fish grow to gigantic sizes and can reach a length of 18 meters, but most of the individuals studied were up to 12 meters long and about 15 to 20 tons in weight.

Whale sharks have a very distinctive skin color — from brown to gray, with light stripes and spots on a dark background. The head of the fish is flat and wide, with a large mouth, and thus resembles the head of a whale. Several protruding crests—called “keels”—run horizontally along each side of the body to the tail, and a large dorsal fin is also characteristic.

These fish are called filter sharks, because on both sides above the pectoral fins they have five large gill slits, inside of which there is a special mesh tissue, which is a unique filter intended for food. When a shark swims with its mouth open, seawater enters it and is filtered through its gills, like a sieve. Plankton and other small creatures remain, and the water returns to the ocean. Periodically, the shark closes its mouth to swallow the caught prey. But these creatures are able to consume mollusks, squids and fish if they get into their mouths.

Whale sharks usually live alone, but sometimes you can observe groups, and quite numerous ones. The reproductive function of these fish has not been studied enough, it is only known that females give birth to live young, although people have not yet been able to observe this process. Newborn baby sharks are about 50 centimeters in size and have a significant internal reserve of nutrients, which allows them to go without food for a long time. At one time, a female whale shark gives birth to up to 300 cubs, but it is believed that less than 10% of them survive to adulthood. Sharks reach maturity in 25-30 years, and their life span is from 70 to 100 years.

These large fish have a habit of migrating in search of food and breeding grounds depending on the season, but their migration patterns are still poorly understood. Satellite tracking in US waters and the South China Sea has shown that whale sharks can travel thousands of kilometers.

Whale sharks have been quite actively caught in recent decades, because the meat of these fish is consumed by people in some regions. But sharks are mostly caught for their fins, which are especially valued and widely used in traditional Chinese medicine, as well as in cooking – shark fin soup is considered a delicacy in many regions, especially in Asia.

Catching whale sharks for their fins is a cruel murder, because the fish with their fins cut off are simply thrown back into the sea. According to statistics, 100 million sharks of various species are killed in this way every year. No one counted how many whales there are among them, but it is known that due to their large size, their fins are valued more than others.

Since 2000, several countries, including the US and Australia, have banned the horrific practice in their territorial waters, but as long as there is demand for the product, poaching will continue. After all, despite the fact that this type of fish is included in the Convention on International Trade in Species of Wild Fauna, each individual country on its territory has its own laws regarding whale sharks, and they are not always sufficient and effective.

The threat and consequences of human activity

Moreover, targeted fishing is not the only reason why whale sharks are declining. They often fall prey to fishing nets set on other fish and die as a result. Also a problem are propeller sea vessels, under which these leisurely giants often fall. They also suffer from pollution of sea water with oil, chemicals and plastic waste.

International Whale Shark Day was founded on the small island of Holbox, which belongs to Mexico and is located near the Yucatan Peninsula. This island is famous for the fact that many whale sharks visit its coast every summer, so in 2008 a group of 40 ichthyologists who specialized in these creatures gathered there for an International Conference. Among other things, the scientists decided that it is worth setting up a memorial, which would contribute to people’s awareness of whale sharks and the preservation of this species. This is how the International Whale Shark Day appeared, the date for which was chosen on August 30.

Is it true that the patterns on the skin of whale sharks are unique?

Yes, the pattern of spots is special for each fish – just like fingerprints for people. Whale shark researchers use a special computer program to identify individuals, which was created for mapping the starry sky. Fish are entered into the catalog, and thanks to this technology, it is possible to determine which parts of the ocean a certain shark visits and for what time.

How much has the number of whale sharks decreased recently?

According to figures provided by the International Union for Conservation of Nature, whale shark populations have declined by 63% in the Indian and Pacific Oceans and by a third in the Atlantic Ocean over the past 75 years. The downward trend in population continues, which is why whale sharks are considered an endangered species.

Can whale sharks become prey for other marine predators?

Adult whale sharks have no natural enemies because they are at the top of the food chain. But until they reach large sizes, they can be hunted by sharks of other species, killer whales and blue marlins.

At what speed do whale sharks swim and to what depth do they dive?

These giant fish are quite slow swimmers — their speed is about 4-5 km/h, which is comparable to that of a human swimmer. As for the depth, these creatures live at shallow depths, although they can dive to 500 – 1000 meters, and the maximum recorded depth of their swimming is 1360 meters.

Can whale sharks live in aquariums or dolphinariums?

These fish in the wild cover considerable distances every day, while swimming at a depth of about 10 meters. Keeping them in artificial conditions usually does not provide them with such space, so very few aquariums in the world can afford to keep whale sharks.

Of course, there are no whale sharks in the coastal waters of Ukraine, but this does not mean that their celebration should pass by without our attention. First, it is a good opportunity to learn more facts about whale sharks, and then to share your knowledge with other people, especially children. It is also worth spreading information about International Whale Shark Day in social networks, because quite a few Ukrainians are informed about this event.

Whale sharks cannot be called inconspicuous creatures, if only because of their size. But usually people have a rather superficial idea about them, so International Whale Shark Day fills some of the gaps in our knowledge.

For example, not everyone knows that whale sharks are of great benefit to the ecosystem of the world’s oceans, as they feed on plankton and consume it in large quantities. In this way, they do not allow microorganisms to reproduce excessively, otherwise this would lead to changes in the chemical composition of the water and its “bloom”, which in turn would have a toxic effect on everyone, including marine life.

Incredibly, whale sharks even help develop the economy – thanks to them, many countries have a profitable business based on observing these gigantic but safe fish from boats and scuba diving alongside them. This exotic entertainment is becoming more and more popular among foreign tourists who are ready to pay a lot of money for it. At the same time, the tourism industry contributes to the preservation of whale sharks, because for the countries that participate in it, these fish are much more useful alive than in the form of soup with fins.

When will we celebrate International Whale Shark Day?? 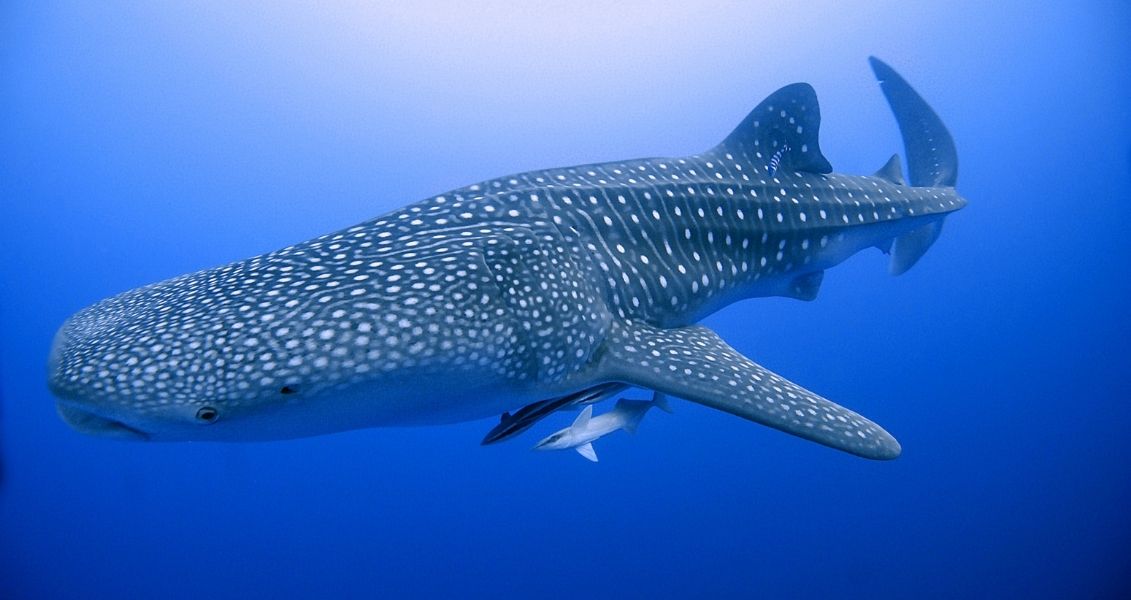