Oceans cover 70% of the Earth’s surface, are the largest biosphere of our planet and home to 80% of all living organisms. Boundless water space produces half of the total amount of oxygen, absorbs a quarter of carbon dioxide emissions and 90% of the heat caused by these emissions. It’s no secret that the oceans are considered a vital buffer against threatening climate change. Although humanity has not yet learned about all the secrets of the oceans, it has already managed to significantly harm them. So in order to raise awareness about the World Ocean, its problems and ways to overcome them, the UN established World Day oceanswhich is celebrated annually on June 8.

How did the idea to celebrate World Oceans Day come about?

The abundance of water makes our planet unique, as most other planets either have very little or no water, and most of it is in a state of eternal ice or vapor in the atmosphere. Once upon a time, the Earth was in a red-hot state, so water vapor and other gases from its hot interior rose into the atmosphere. Water remained in a gaseous state until the Earth’s surface cooled below 100°C, approximately 3.8 billion years ago. After that, such a natural phenomenon as rains began, water from them collected in the depths of the earth’s relief. Thanks to the force of gravity, water remained on the surface of the planet and thus the primordial ocean arose.

Our world is covered with water quite unevenly – it occupies about a third of the Northern Hemisphere and 80% of the Southern Hemisphere. This area is divided into four basins – the Pacific, Atlantic, Indian and Arctic oceans. The size of the Pacific Ocean is the largest – it is almost as large as the other three combined. The size of the Atlantic is slightly larger than the Indian, although they are approximately the same in average depth. The smallest of the four is the Arctic Ocean. Although we usually perceive all four oceans as separate objects, in fact they represent one huge system – sea water and living creatures easily move in this space, which is why there is such a concept as the World Ocean.

However ocean — not just the earth’s surface covered with water. The seabed is different from a geological point of view, because its crust is composed mainly of basaltic rocks, while the continental crust is made of granite. If you imagine the continents as blocks of crust floating on the Earth’s mantle, then the crust of the oceans also floats on the mantle, but due to its high density, it is placed much lower than the lighter crust of the continents. Therefore, the low areas of the oceanic crust became a natural water reservoir.

Geolocation, which developed especially after the Second World War, made it possible to study the seabed in detail. In the 1950s, the mid-ocean ridge system was discovered, that is, a series of volcanic underwater mountains about 70,000 kilometers long that runs across the globe like the seams of a baseball. The mid-ocean ridge can sometimes shift due to cracks in the crust and even come to the surface. This is how Iceland and the Azores once arose above the surface of the sea. Research has also revealed a system of deep depressions at the bottom of the sea, called troughs.

The characteristics of sea water are determined by the solid substances dissolved in it. These substances come from two ways – from the process of weathering of rocks on land, particles of which are carried into the ocean by rivers, and from the depths of the Earth – from hydrothermal sources and volcanic emissions, which are absorbed by the ocean together with snow or rain. Although seawater contains many elements, 85% of them are sodium chloride, which is why the water has a salty taste.

Enemies of the ocean

For centuries, people believed that the vast oceans could not be sensitive to human influence. The awareness that the health of the oceans is directly threatened by human activity appeared relatively recently.

The countries with a large ocean coastline, in particular, Canada, were the first to take over the situation and sound the alarm. It was the Canadian Institute of Oceans at the Global Forum, a parallel event of the UN Conference on Environment and Development, held in Brazil and known as the Earth Summit, on June 8, 1992, that held the event “Oceans Day at the Global Forum – Blue Planet.” The program of the event was attended by international experts and leaders of public opinion, who expressed concern about the state of the world’s oceans.

Since then, June 8 has been celebrated annually in the world as Oceans Day, although it was not established at the official level. The UN General Assembly in 2008 corrected the situation by declaring World Oceans Day and not changing the already usual date for this event.

Why in some sources, in addition to the four oceans, there is a fifth – the Southern Ocean?

Some specialists have long considered the water space around Antarctica to be the Southern Ocean. In 1937, the International Hydrographic Organization recognized this object, but soon it ceased to be singled out. In 2000, the Southern Ocean was separated again, and its border was determined along the 60th parallel of southern latitude.

What is the average ocean depth?

Satellite images show that the average ocean depth is 3.7 kilometers. However, this number is quite approximate, since not all areas have been explored yet – less than 15% of the ocean floor has been mapped.

In which oceans do corals live and why are coral reefs so important?

Corals are found in all the world’s oceans, from tropical to northern, but coral reefs are formed only in warm and shallow waters. They provide food, work and coastal protection for 500 million people, and are home to many different forms of underwater life.

Which point in the ocean is the deepest?

This is considered to be the area called “Challenger Abyss” or “Challenger Spot”, which is located in the Mariana Trench of the Pacific Ocean. The depth of this zone is 11 kilometers and it is more than the height of Everest.

What is the theme chosen for World Oceans Day 2021?

This year’s theme of the event is “Ocean: Life and Livelihoods”.

How to celebrate World Oceans Day?

At the UN level, this event each year features talks by scientists, panel discussions and presentations on ocean biodiversity, the latest scientific discoveries, the relationship between the ocean and Earth’s ecosystems, and many other aspects. Traditionally, these events are held at the UN headquarters in New York, but last year they were held for the first time in an online format, accessible to the general public.

Of course, what could be better than spending this day on the shore of the warm ocean, enjoying the incredible beauty and majesty of this natural wonder. But this option is not available to all Ukrainians, so for those who stay at home, there are other ways to join the holiday. For example, on this day, everyone can find a lot of useful information about the oceans by visiting the official website of World Oceans Day or other resources that give great importance to this event.

It will be appropriate to watch educational films on the topic of the day, for example, the documentary film “Oceans”, shot in 2009 in France. There are also many exciting feature films where the sea element is one of the main protagonists.

Even on this day, it is worth congratulating those whose work is one way or another connected with the oceans – oceanologists, ichthyologists, as well as workers of aquariums and dolphinariums who conduct scientific research of oceanic fauna.

This holiday increases interest and contributes to the deepening of our knowledge about the World Ocean. The effort to unravel its secrets helps the development of various sciences, because the study of the oceans unites many disciplines – physics, chemistry, geology, biology and others, which together form an idea of ​​the oceanic environment. Marine organisms, ocean currents, waves, tectonic processes are all extremely important to understanding ocean life and its role in climate regulation.

Knowledge about the ocean is also indispensable for business — shipping, fishing, aquaculture, and not only for the economy of individual regions, but also for the entire planet. It is predicted that by 2030, 40 million people in the world will be employed in industries related to the ocean. Predicting oceanic processes is also important for coastal residents — it helps reduce risks from natural disasters, such as tsunamis.

Thanks to events such as World Oceans Day, positive changes are taking place in people’s attitudes towards the oceans at the national level. For example, Indonesia allocated $1 billion in 2017 to clean its coast and coastal waters of plastic debris; Norway has launched electronic ferries that emit 95% less carbon dioxide than diesel ones. Seven African countries have joined forces to combat illegal fishing, and three marine protected areas have been created in the Coral Triangle in Indonesian waters.

Hence the importance World Oceans Day it is difficult to overestimate, because it is not only an informational reason, but also a reason for concrete actions that bring real benefit to the oceans of our planet.

When we will celebrate World Oceans Day? 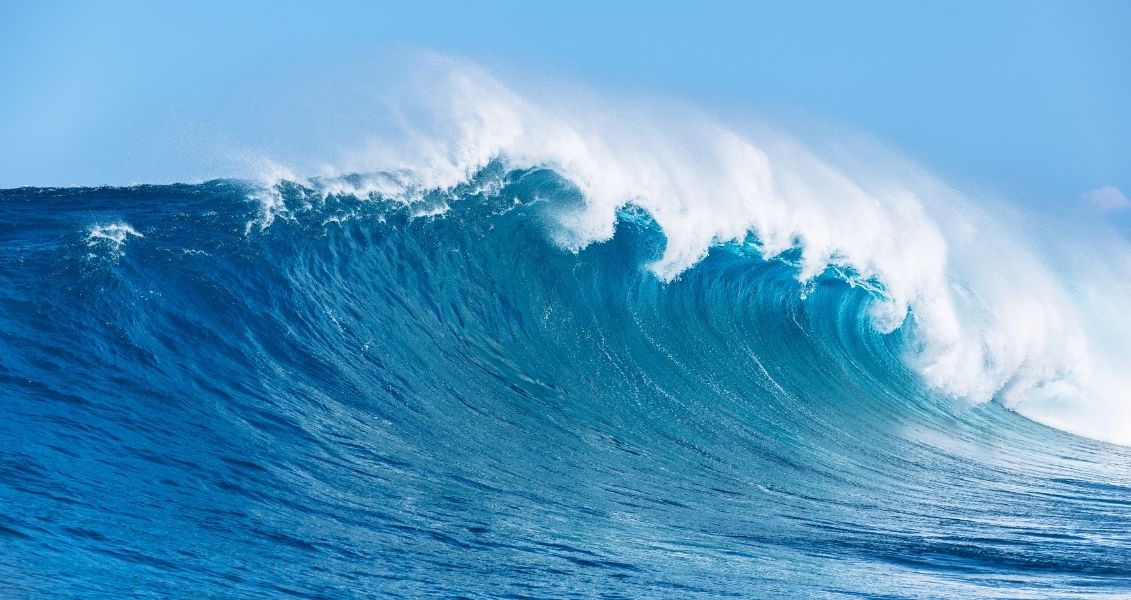