On our planet there are extremely interesting creatures that look like fish because they have fins and a streamlined body shape, but they are actually mammals — they breathe air through their lungs and feed their young with milk. They belong to the order of cetaceans, and its bright representatives are majestic whales and sociable dolphins – unique animals with a high level of intelligence and a social way of life. Unfortunately, these features do not protect cetaceans from commercial hunting, as well as from fishing for the needs of dolphinariums, oceanariums and circuses. Therefore, to draw public attention to the problems of these animals, July 23 is celebrated every year World Whale and Dolphin Day.

All holidays and events for July 23

How did the idea to celebrate World Whale and Dolphin Day come about?

Fossil remains indicate that the ancestors of modern whales and dolphins lived on land 50-60 million years ago. It’s hard to believe, but cetaceans share a common ancestor with even-toed animals, that is, deer, cows, and camels. The closest living relatives of whales and dolphins are hippos, which also belong to the group of ungulates. The evolution of cetaceans from terrestrial to marine creatures was probably related to the availability of food sources in the sea and the possibility of escape from predators there. Gradually, the bodies of animals adapted to the new environment and they became exclusively marine inhabitants.

Whales and dolphins have a number of common features – a spindle-shaped, streamlined body, blade-shaped front limbs, a tail with a horizontal fin, and a considerable layer of fat under the skin. Like other mammals, they have a four-chambered heart with paired ventricles and atria. When inhaling air, whales use 80% of their lung volume in one breath, while humans use only 20%. At the same time, if in terrestrial animals breathing is reflexive and continues even after loss of consciousness, then whales, having lost consciousness, do not breathe and die.

All whales are divided into baleen and toothed. The first have two rows of plates in the upper jaw instead of teeth, which allow filtering a huge amount of small prey. Toothed whales or dolphins have teeth, the number of which varies from two teeth to two hundred.

Cetaceans are present in all oceans of the planet — from the polar latitudes to the equator, concentrating in areas with abundant food supplies. Some species are coastal inhabitants, the range of others is far from the shores. Some small cetaceans, particularly river dolphins, are distributed in the large river systems of the Amazon, Orinoco, La Plata, Ganges, Indus, and Yangtze. There are also species that spend only a certain period in fresh water.

As a rule, large whales are characterized by seasonal migrations – they spend the summer in high latitudes near the poles, where there are considerable food reserves, and in the fall they swim towards the equator to reproduce. One of the longest routes covered by gray whales is from the Bering and Chukchi seas to the coast of California, i.e. 5 thousand kilometers in one direction.

All cetaceans are carnivores and do not eat plants or algae. The main diet of large baleen whales is plankton, as well as small fish and squid, the size of which does not exceed 40 centimeters. Smaller species of baleen whales, such as striped whales, prey on fish up to one meter long. Toothed whales have more diverse tastes — from shrimp, fish and squid to bluefin tuna three meters long. Dolphins hunt mainly a variety of fish, but they also like squid and molluscs.

The threat of extinction

Cetaceans are vulnerable animals and are in danger of extinction, mainly due to active hunting of them in the past. For many years, people killed whales for their needs – the fat was used for lighting lamps and in the production of cosmetics, the meat was eaten, tennis rackets were made from sinew, and women’s corsets were made from whalebone. Ambergris, a waxy substance produced by the gastrointestinal tract of animals, was a valuable ingredient in perfumes.

The first steps to protect cetaceans were taken in the 1930s. Adopted international agreements were supposed to regulate the catching of these animals, but in reality the situation only worsened. The International Convention for the Regulation of Whaling in 1946 and the established International Whaling Commission also failed to make much of an impact on whalers until 1972, when the US passed the Marine Mammal Protection Act. The document prohibited the killing of cetaceans and was supported at the UN level.

Finally, in the summer of 1982, under public pressure, the International Whaling Commission introduced a moratorium on commercial whaling, which took effect in 1986. In the same year, World Whale and Dolphin Day was established.

Currently, only the indigenous people of some regions, for whom whale meat is a traditional food, are allowed to hunt whales, but this hunting is governed by certain rules and annual quotas that limit the number of catches. However, some countries justify the killing of whales with scientific research, while others illegally resume commercial whaling.

In addition, thousands of whales and dolphins die each year from fishing nets and plastic debris in the ocean, and animal health is undermined by oil and other chemical pollution. Sometimes even scientific observations of cetaceans interfere with their natural existence, especially when research boats get too close to the animals. Dolphins are also often caught for display in large aquariums and dolphinariums.

Frequent Questions and answers on World Whale and Dolphin Day

What is the lifespan of cetaceans?

What other animals, besides whales and dolphins, are considered marine mammals?

How do whales and dolphins breathe during sleep?

Since breathing in these animals is a conscious and not a reflex process, they do not turn off the brain completely even during sleep. In this way, cetaceans receive a signal when it is necessary to rise to the surface for breathing. Big whales sometimes sleep almost on the surface of the water.

How many countries are currently parties to the International Convention on the Regulation of Whaling?

As of the beginning of 2021, there were 88 countries participating in the convention. Since 1946, some countries have withdrawn from the convention once or twice, but then ratified it again. Currently, only three countries – Japan, Norway and Iceland, despite the moratorium, continue commercial whaling.

How many whales and dolphins die from human factors?

At least 300,000 whales and dolphins die each year as a result of fishing and other factors, including shipping and habitat loss. Currently, 6 out of 13 species of large cetaceans are identified as endangered.

How to celebrate World Whale and Dolphin Day?

To mark this day, environmental groups and organizations organize actions to protect cetaceans and other marine animals. Sometimes environmentalists join forces to dedicate an event to the protection of one particular species that is in the greatest danger.

A total of four species of dolphins live in the Black and Azov seas of Ukraine. So on this day, everyone who wants to can help these animals. The World Wildlife Fund, for example, offers to symbolically “get a dolphin” – for yourself or as a gift to a loved one. This means a monthly contribution that will be part of the financing of various projects for the protection and research of dolphin life. You can also join volunteers, donate money to environmental organizations or simply share information about this holiday on social networks.

But it is also important to do what needs to be done every day in order to make our seas cleaner — to give up plastic, not litter the beaches, choose ecological detergents, switch to reasonable consumption.

Due to their charisma and intelligence, cetaceans often become the main characters of movies, the main idea of ​​which is usually the belief in good and the victory of justice. The day dedicated to whales and dolphins is a great excuse to watch one of these films, preferably with children, for example, “Flipper”, “The Story of a Dolphin” or “Everybody Loves Whales”.

Although the name of the holiday refers to specific species of animals, its main purpose is to draw people’s attention to the need to protect all marine mammals, as well as to little-known facts about the importance of cetaceans to the overall ecosystem.

Also in World Whale and Dolphin Day it is important to mention those dolphins who live in dolphinariums. There is no unanimous opinion about this phenomenon – people are used to exploiting their abilities to communicate, memorize words, and perform spectacular tricks. There are popular dolphin therapy programs and even births with dolphins. At the same time, we do not often think about the health and well-being of the animals themselves, but there is no doubt that the quality of their life in captivity cannot be compared with life in the wild.

When will we celebrate World Whale and Dolphin Day?? 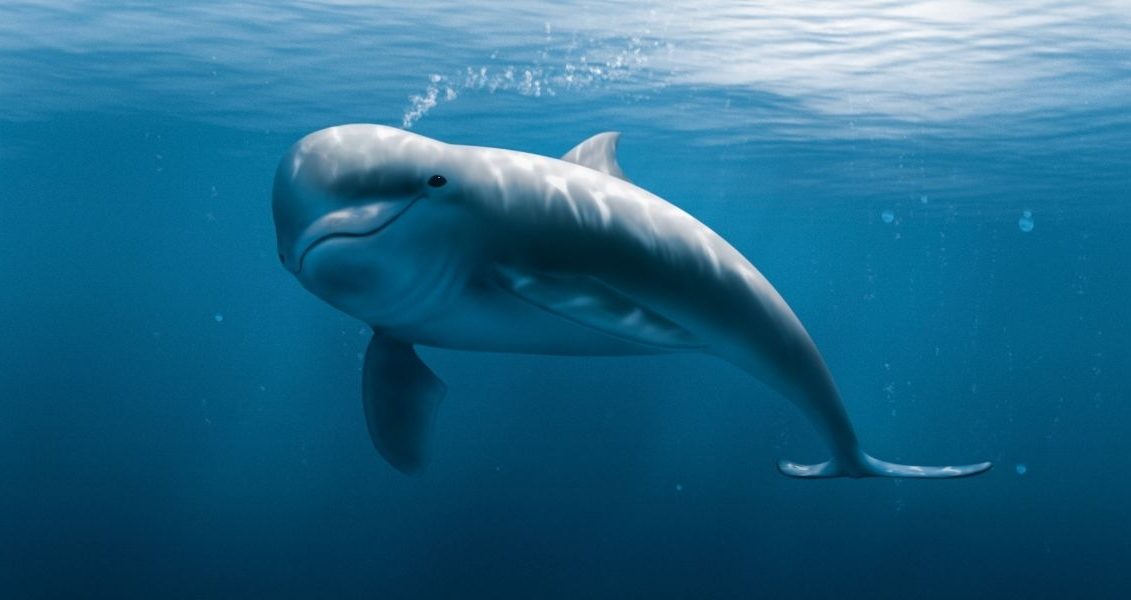