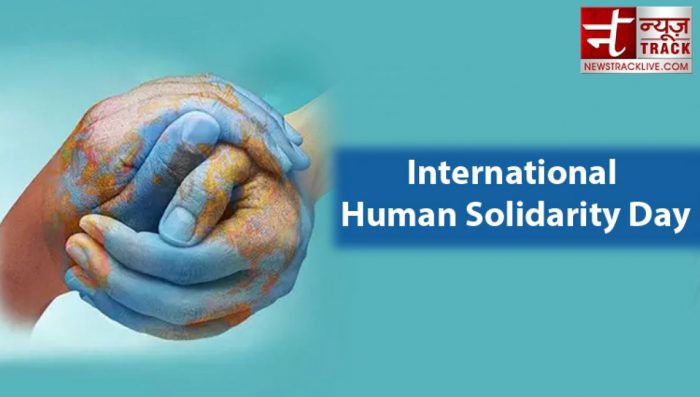 When is International Human Solidarity Day in 2022? Are you ready to answer this question? Unfortunately, as a rule the most part of the modern society is hardly ready to reply it. Are you among them? It is a strange thing indeed as everybody seems to understand how important the theme is.

Like many others, the matter what day Human Solidarity Day in 2022 is, has a peculiar historic background. As a rule, this direction is of the greatest demand among our followers. However, the history is not as long as it may seem at the first sight. It is much more official than amazing.

The occasion was proclaimed by the UN General Assembly in a resolution (No. 60/209) dedicated to the first UN Decade for the Eradication of Poverty.

The UN resolution refers to the Millennium Declaration, which states that solidarity is one of the fundamental and universal values of humankind, which should underlie international relations in the 21st century.

Unfortunately, we haven’t managed to discover the reasons for celebrating this occasion on December 20th every year. The exact names of the establishers are also unknown. However, we are sure that these people were going to do everything in order to make this planet and its society better.

What does Human Solidarity Day mean? Frankly speaking, we don’t know for sure whether this special occasion means something for you or not. In the modern world you are free to choose what holiday to celebrate and which one may be forgotten without any hesitations and regrets.

All in all solidarity is the unity of beliefs and actions, mutual assistance and support of members of a social group, based on common interests and the necessity to achieve common group goals, joint responsibility.

This holiday is the day when the human community celebrates the unity in diversity. In such a way, men and women want to remind the authorities to respect their obligations regarding international contracts. In addition, we should mention that it helps to raise public awareness about solidarity as one of the fundamental values. It is customary in special circles to discuss ways to promote solidarity to achieve the Millennium Development Goals, including the elimination of poverty.

The question “When is International Human Solidarity Day 2022?” involves a lot of amazing details and essential pieces of information. All in all the direction is not as easy and obvious as it may seem at the first sight.

Taking into account the problem of poverty, mentioned in the resolution, its elimination is the most significant challenge of the modern time and a necessary precondition for further development, mainly in the regions, which are called developing. Each state has primary responsibility for its own development and poverty eradication. The role of local policies and strategies cannot be reduced. In practice the action is required at all stages.

Why? – They afford the territories to end poverty and fulfill the set goals. The significant economic stability, fueled by increased productivity and favorable conditions, including for private investment as well as entrepreneurship, is necessary to eradicate poverty. They achieve the aims at the international level, involving the Millennium Declaration. Thanks to these points the existing living standards may be improved.

The General Assembly also reaffirmed the necessity of the contribution of the territories mentioned above as well as the assistance they provide to other them in the framework of South-South cooperation.

By the way, we are almost sure that many of our readers will be interested to learn about the existence of the so-called solidarity tax. Have you ever heard of it? – This is a tax established by the state of some countries in order to finance various projects. All these projects serve to unite or solidify the country. Typically, such tax is charged for a short time in addition to income tax of individuals, private entrepreneurs and legal entities.

When is Human Solidarity Day in 2022, calendar will surely remind you. As a rule, it is not a problem to memorize it. The holiday has a fixed date of celebration. It happens on December 20th annually. So you are free to join any moment you like to do it.

This special occasion is covered by all mass media, involving periodical articles, various kinds of speeches at official events, and different blog posts by individuals, as well as groups and interested organizations.

Documents and materials promoting the holiday include the UN symbol, represented by a projection of the Earth centered on the North Pole. Following the establishers it should encompass all existing continents, certainly except Antarctica, and 4 concentric circles showing levels of longitude. The projection is rounded by the traditional olive branches symbolizing peace all around the planet.

The event, which is dedicated to a specific theme each year, is celebrated all over the world, but is not a general day off.

As it has been already mentioned above, this day there are a lot of various events all around the world. You are always free to join some of them. However, it seems you should know that the significant part of them is usually organized by volunteering companies. The local authorities hardly pay attention to the meeting like these ones.

Frankly speaking, you may have a themed party or gathering at home. Invite some close people and organize a good discussion devoted this direction. It is wide and has a lot of amazing and interesting moments, so you won’t get bored. All in all December 20th is almost the end of the year, when the weather is good for long conversations and perfect gatherings.

The question “What is the date of Human Solidarity Day in 2022?” involves a lot of amazing pieces of information. The matter is not new and has a stable philosophical background, without understanding of which it is almost impossible to understand the meaning in general.

The idea of social solidarity is currently in demand by both political elites and the public. Since the 2000s, this issue has been considered a key target for the development of society, and is also embodied in conceptual documents emanating from various state and non-state structures.

Based on the results of a series of interviews, the level and nature of the perception of social solidarity by the public was determined. For the majority, solidarity seems to be a normative rather than a descriptive characteristic of the whole society.

In public discourse, social solidarity is viewed primarily through the prism of collective goals and interests that unite citizens within communities of different levels from small groups to the country as a whole. Very often this concept is interpreted as the ability of citizens to unite in order to achieve common goals.

An important component is also a spiritual and moral community, normative value and cultural identity. In some cases, it is associated with the identity of the mental and behavioral characteristics of community members.

In public discourse, its activity aspect is also often represented, mutual assistance and support provided to each other by members of the community. Local communities with a high degree of collective identity and communications (a village or a courtyard in an urban settlement) are considered as the social basis for the formation of solidarity relations.

Universal birthday of pets in shelters for animals

Day of the professional speaker