When the last day of the last month of the year is December 31 on the calendar, it means that New Year’s Eve has arrived. And although the December weather is not pleasant – it is usually gloomy outside the window, but as this date approaches, everything changes. Colorful Christmas trees shine on the squares and in the shop windows, and the air smells of something elusive – probably a long-awaited holiday. In some countries, December 31 is an official holiday, in others the working day is shortened. On the last day of the year comes the 12th night of Yule, an ancient winter holiday. Western rite Christians celebrate December 31 as St. Sylvester’s Day, while Eastern rite Christians celebrate St. Modest’s day.

How the idea of ​​celebrating came about New Year’s Eve?

We used to end the year exactly on December 31, but it wasn’t always like that. Before the adoption of the Gregorian calendar, the world used numerous time reference systems, so the end of the year could fall on completely different dates.

The Gregorian calendar we use today was introduced by the Vatican under Pope Gregory XIII in October 1582. This calendar is based on the solar cycle, and replaced the ancient Roman calendar, which was based on the lunar cycle.

It was not without some misunderstandings – the transition to the new calendar required the exclusion of several days. Therefore, the day following October 4, 1582, was announced by Gregory XIII as October 15.

Along with the introduction of the new calendar, it was officially established that each new year would begin on January 1, and not in the spring, as it was before. The date had no astronomical reason, but January 1 has long been celebrated as the day of Janus, the god of entrance doors and all beginnings and endings.

This saint was a Roman bishop in the 4th century. There is little documentary evidence about his life – it is known that he was in the position of Pope for almost 25 years and participated in the Council of Nicaea in 325.

Instead, the legends about the deeds of St. Sylvester are more interesting. For example, he is credited with the healing of leprosy and the baptism of Emperor Constantine, as well as the victory over a terrible monster – a snake or dragon, which was prophesied to destroy all mankind in the year 1000.

Saint Sylvester died on December 31, 335. That is why this day is called “New Year’s Eve” in many European countries, and when a person is asked where they will celebrate the New Year, they say: “Where will you go on New Year’s Eve?”. These countries include Austria, Croatia, the Czech Republic, France, Germany, Hungary, Italy, Luxembourg, Poland, Slovenia, and Switzerland.

December 31 also marks the end of the Yule period, the sacred and magical winter holiday of the ancient Celtic peoples. It is believed that Yole removes the borders between the worlds of the living and the dead, during this period the gods determine human destinies, and the souls of the dead get the opportunity for a new incarnation.

The 12th night of Yule – from December 31 to January 1 – is a night of verbal magic. Any words become prophetic, spoken wishes come true, promises and vows made on December 31 are unbreakable, and charms and spells have extraordinary power. On the 12th night, candles should be burning in the house all the time – their warmth and light is intended to attract prosperity to the family.

It is worth noting that the Christmas tree familiar to everyone comes from the Yule tree, under which the ancient Celts put gifts for elves, as well as treats for the souls of deceased ancestors.

For Christians of the Eastern rite, New Year’s Eve is the day of Saint Modest. This saint is known as the archbishop of Jerusalem, who restored the Church of the Holy Sepulchre, destroyed by the Persian army, and other important Christian shrines. On Modesta, our ancestors foretold fate and also predicted the weather for the next 12 months.

On December 31, garbage was swept out of the houses and burned in the fire — thus getting rid of all the troubles that happened last year. Modest’s day has long been considered a day of rampant dark forces, so they tried not to leave knives and milk in a prominent place. In the evening, guests were invited and rich feasts with meat dishes were arranged.

The celebration of the last day of the year has very deep roots in all nations. There is much in common between ancient beliefs and customs and our modern ideas about December 31. This day can be considered a completely independent holiday, which has its own unique mood and special history.

When did the year end for our ancestors during the time of Russia?

Did Santa Claus exist in the traditions of the ancient Slavs?

Instead of Santa Claus, our ancestors had pagan gods – lords of winter cold and blizzards. They were considered strict and unkind, so no gifts were expected from them. On the contrary, people themselves tried to appease them with ritual treats.

Why do people set off fireworks on New Year’s Eve?

This tradition came from Asian countries. There, it has long been believed that loud noises and flashes scare away evil spirits. So that they could not get into the New Year, they began to drive them away the day before with lights and the roar of fireworks.

What can not be done on December 31?

You can’t quarrel with anyone, because the whole year will be spent in quarrels; you can’t hit the dishes – this day it’s not “lucky”; one should not refuse hospitality – everyone who comes to the house should be greeted with joy, otherwise there will be problems with money.

How to celebrate New Year’s Eve?

Celebration traditions in different countries of the world are diverse:

In Germany, on December 31, it is customary to melt tin in a spoon over a candle flame, and then pour it into water – by the shape of the solidified metal, one can guess what the new year will bring.

In Switzerland, on this day, men dress up as “Sylvester Clauses” and ring bells, inviting the New Year.

The French, on the other hand, spend Sylvester day with friends, delicious food and loud firecrackers. But there is another tradition — kissing under the mistletoe. It is in France that they traditionally take place on December 31, and not on Christmas, as in other countries.

In Spain, when the clock strikes midnight, you must have time to eat 12 grapes so that the next year will be successful.

In Ukraine, as in the whole world, on December 31, festive concerts take place, television channels show favorite New Year’s films and entertainment programs. Those who have not yet had time to decorate the Christmas tree are in a hurry to do so.

Many delicious dishes are waiting for the festive table, everyone is preparing for parties, because celebrating the New Year alone is considered a bad omen. Parties can be diverse — both in restaurants or clubs, and at home, casual or fancy dress.

Celebrating the old year begins in the evening to remember the events of the past year in the company of relatives and friends. After the traditional greeting of the President of the country, the new year comes to the sounds of fireworks and festive toasts. The fun usually lasts until the morning. 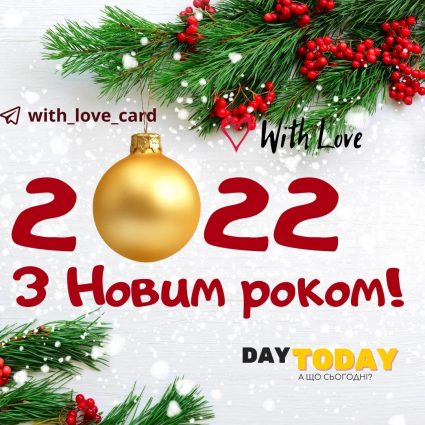 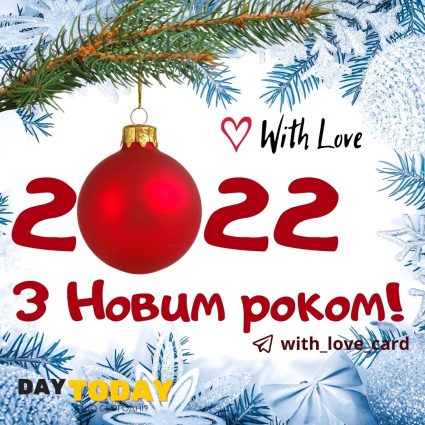 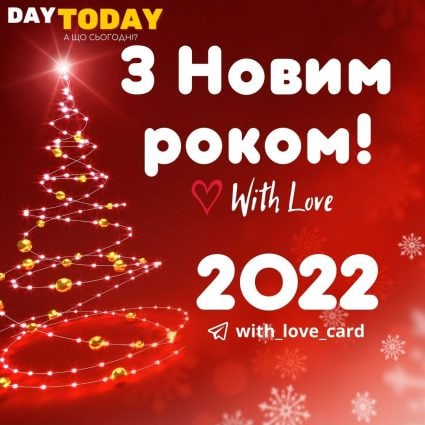 There are many reasons why this day is considered one of the brightest events of the year. It’s not just about fun parties, gifts and celebrations around the world – New Year’s Eve can be a turning point in life.

It’s time to reflect on the past year and all its lessons and mistakes. If it’s been a tough year, we’re relieved that it’s finally coming to an end. In the pre-New Year period, people tend to forgive and reconcile. We make pleasant plans, make promises to ourselves to get rid of bad habits and learn something new and useful. Another thing is that very few people put these promises into practice. Therefore, psychologists recommend breaking your global plans into several small stages.

It is before the New Year that people believe more than ever in the fulfillment of the most important, most secret wishes. December 31 is a day of faith that from the next morning life will start over and become happier.

When will we celebrate New Year’s Eve? 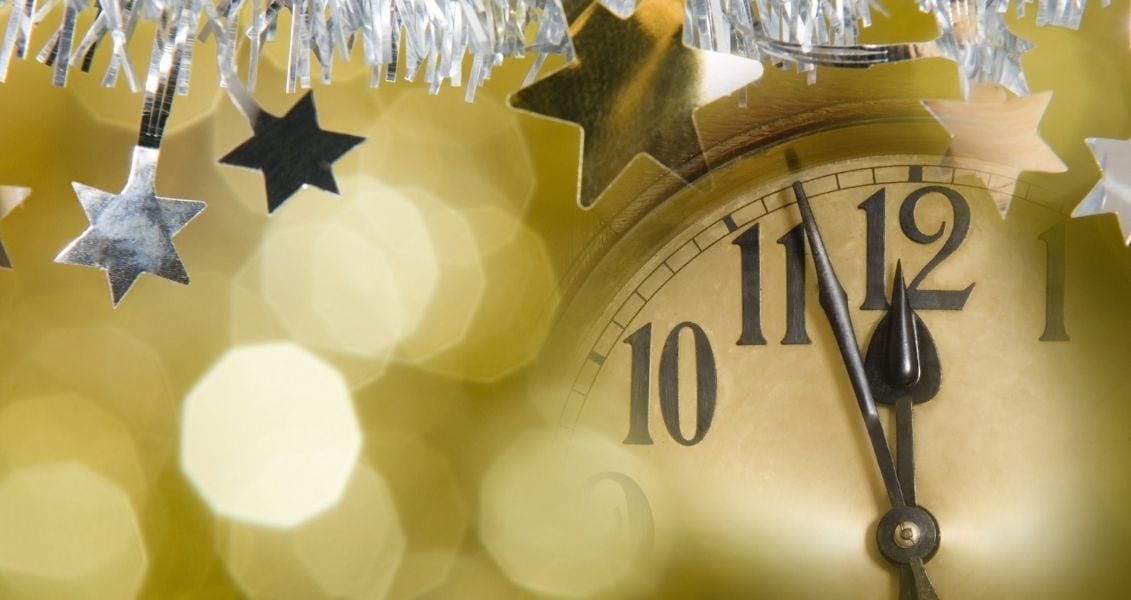 Independence Day of the Socialist Republic of Vietnam

Day of the specialist of military and social management of the...