Humans and dogs have co-existed for thousands of years, and some scientists believe that it was the domestication of these animals that allowed humanity to survive and evolve to its present state. In many cultures of the ancient world, dogs were considered loyal friends, hunters, guards, and even family members, and there are no more examples of impeccable canine loyalty in history than human loyalty. The modern world is changing rapidly, but this does not apply to the attitude towards dogs – they remain our pets. This is evidenced by a special holiday dedicated to these smart and sociable pets — International Dog Daywhich is celebrated every year on July 2.

How did the idea to celebrate International Dog Day come about?

According to paleontologists, about 60 million years ago, animals that looked like weasels lived in the territory of modern Asia. The scientific name of the family of these fossil mammals is myacids. They did not leave behind direct descendants, but all canine animals – wolves, foxes and jackals – originate from them.

Genetic studies claim that dogs are descended directly from wolves, or rather, from a now defunct species of these animals that separated from the main population. The time and place of domestication of dogs remains a matter of controversy, but the most common version is that it first happened in Europe between 14,000 and 29,000 years ago. This is evidenced by an archaeological find in one of the caves in the south of France – fossilized footprints of a small child and a dog that walked side by side 26,000 years ago.

In one of the oldest literary works, the cuneiform Epic of Gilgamesh, dogs are mentioned as companions of the Sumerian goddess Innana, who traveled with seven dogs in collars and leashes. It was believed that the soul of a dog consists of three parts – wild animal, human and deity. In everyday life, Sumerians used dogs primarily to protect homes and livestock from enemies. There were two main breeds of dogs – greyhounds, indispensable for hunting, and large and strong dogs, similar to the modern mastiff, which could easily resist the attack of any predator.

The ancient Persians believed that dogs guard the bridge between the worlds of the living and the dead. In the Zoroastrian holy book, the Avesta, there is a chapter that describes in detail the benefits of dogs, the rules for handling them, and the punishment for cruelty to these animals. According to this text, the good or bad treatment of dogs has a direct impact on the afterlife of a person, so the Persians cared for dogs in the same way as for people. Injured and sick animals were treated, good owners were chosen for puppies, and dead dogs were buried according to a human ritual.

In Ancient Egypt, dogs also gained respect – they were associated with the god Anubis, who had a dog’s head. Domestic dogs were buried with honors in the temple of Anubis, and one of these animals was dog Abutyu is the first dog in history, whose name became known, because it is indicated on a tombstone dated to about 2300 BC. Images of dogs are not uncommon on the walls of pharaonic tombs, and leather dog collars in Egypt were decorated with copper, bronze and gold.

In ancient Greek literature, there is an image of the three-headed dog Cerberus, the guardian of the gates of Hades, the kingdom of the dead. Also known is the story of Argos, the faithful dog of Odysseus from Homer’s poem. Plato called dogs “lovers of learning” and “animals worthy of admiration.” The goddesses Artemis and Hecate were depicted together with hunting and guard dogs. The Greek philosophical school of Cynics got its name from the word “dog” (“kinos”), who believed that in order to achieve perfection, one should follow the example of dogs, that is, live simply, be faithful, brave and grateful.

At the entrance to the residence of Ancient Rome, the words Cave Canem were often laid out in mosaic on the floor – a warning to guests that a dog lives in the house. In the code of Roman laws, these animals are mentioned as guardians of houses and livestock. The great Roman poet Virgil wrote that with dogs on guard one should not be afraid of the midnight thief, and the scientist and writer Varro in one of his treatises claimed that every family should have at least two dogs. The Romans believed that dogs protect them in the invisible dimension as well — they always warn of the approach of sorcerers, ghosts, and other otherworldly threats.

In ancient China, dogs were treated in a unique way — in addition to hunting and guarding, they could be used as food and sacrifices. The dog hid in front of the house or in front of the city gate and believed that it would take people away from troubles and diseases. Over time, instead of killing animals, straw dogs were made for this ritual and placed at the entrance to the house. Amulets in the form of dog figures made of jade were popular for personal protection. Since dogs were considered primarily guardians, and jade in China was associated with immortality, such an amulet protected a person not only in life, but also after death.

To further improve the speed, strength, endurance, keen sense of smell and hearing of dogs, people have bred numerous breeds adapted to perform different functions. Despite the fact that now dogs are mostly companions, they are also used by the police, in rescue services, as guides for people with disabilities, as well as in rehabilitation centers. And although the International Dog Day is an unofficial holiday and it is not known for sure who was the author of its idea, it is a pleasant event for all dog lovers, which gives another reason to rejoice in friendship with these animals.

How many dog ​​breeds are there in the world now?

About four hundred breeds are now officially recognized by the International Cynological Association, but their number is constantly growing. All breeds of dogs are divided into two main groups – working and decorative. At the same time, representatives of the same breed can be used for both working and decorative (exhibition) purposes.

How keen is a dog’s sense of smell?

The area of ​​brain cells responsible for smell is 40 times larger in dogs than in humans. This means that these animals have an extremely good sense of smell, so their ability is used to find people, as well as drugs, weapons and other objects and substances.

Are all dogs good swimmers?

No, this skill does not apply to all breeds, but some actually show a talent for swimming, such as Newfoundlands with waterproof coats and webbed feet, which are often used as water rescuers.

How high intelligence do dogs have?

Studies have shown that dogs can learn the meaning of about 250 words and gestures, which puts their intelligence at about the same level as that of a two-year-old child.

What is the lifespan of dogs?

On average, dogs live 10-15 years, but there are exceptions. For example, an Australian dog named Bluey, who lived for 29 years and 5 months, entered the Guinness Book of Records.

How to celebrate International Dog Day?

On this day, you should pay more attention to your own dog – for example, pamper it with something tasty, because on ordinary days, most owners try to control the healthy diet of their pets. However, there are natural treats that will not harm the animal’s health, for example, pieces of carrot, apple, banana or pear, because, surprisingly, many dogs like vegetables and fruits.

All dogs love to walk in the fresh air, so on this special day it is appropriate to allocate more time for a walk than usual. If the dog likes communication with other four-legged friends, you can take it to a special area or to a park for dog walking. In addition, such places are often equipped with simulators that help the animals have fun and keep themselves in shape.

Unfortunately, there are many homeless animals living on the streets of our cities, a significant part of which were thrown out of their homes by unscrupulous owners. Of course, these animals need help always, not only in International Dog Day. However, it is on this day that you can, for example, start feeding a dog that has settled near the house, or take a dog that obviously needs it to the vet.

This day is a great opportunity to visit a dog shelter and give volunteers a helping hand. For example, bring food, medicines, collars, leashes or other necessary things. You can also take on the financial support of at least one dog in the shelter. But communication is also important for these animals, so it is worth petting the dog, playing with it – this will help the animal to socialize in the future family.

This holiday helps people learn as much as possible about their usual companions in life – dogs, because usually we just love them, without thinking about all the important benefits that we get from friendship with these animals.

Dogs often act as a kind of tool for interaction in society. We usually avoid eye contact with strangers, but a person walking a dog is much easier to make contact with and find a topic to start a conversation with. Surprisingly, dogs teach us humanity – they forgive everything and do not hold evil, so many people consider dogs to be much better than people in this regard.

Dogs help us to be healthy – they are taught to diagnose some diseases, for example, diabetes, by the smell of a person. At the same time, a specially trained dog can inform the owner that it is necessary to take medicine urgently. Through communication with dogs, it is easier for people to overcome post-traumatic and psychiatric disorders. Owners of these animals have been proven to have healthier hearts and lower blood pressure.

After all, dogs are creatures whose loyalty should never be questioned—they will risk their own lives to protect their owners without hesitation. In addition, dogs give us unconditional love, sometimes they patiently listen to our complaints about life, and sometimes they help us get through difficult moments. Therefore, it is simply impossible not to love these incredible animals, and therefore, International Dog Day should not be left out of our attention either.

When will we celebrate International Dog Day?? 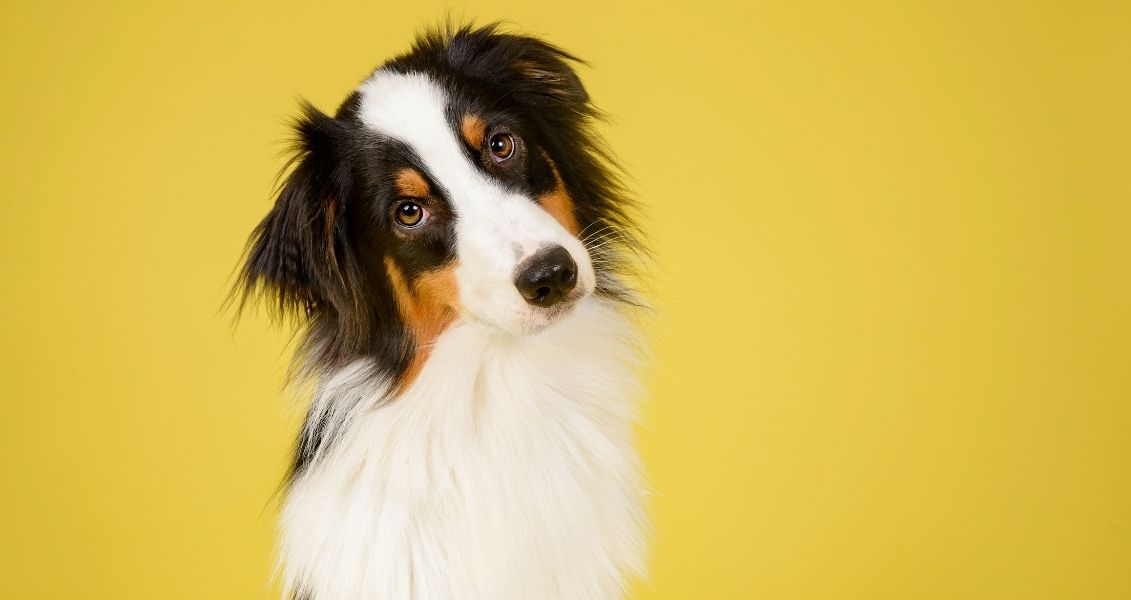 The day of liberation of the city of Kramatorsk from pro-Russian...