Qualified medical care is sometimes needed not only by people, but also by animals. In this case, specialists of a very noble and good profession come to the rescue – doctors of veterinary medicine or veterinarians. Their work is not easy, because four-legged or feathered patients cannot tell what and where it hurts, and words of gratitude cannot be expected from them. Therefore, only those who really love animals and have the talent to communicate with them can do this work. There is a holiday to honor all veterinarians and their vital work— World Veterinarian Daywhich is celebrated every year on the last Saturday of April.

How did the idea to celebrate World Veterinarian Day come about?

People realized the need to treat domestic animals a long time ago – from the time when the first domesticated animals appeared – horses, cattle and dogs, which played the role of shepherds. With the increase in the number of livestock in the herd, the probability of various diseases increased, and since the well-being of the family depended on the state of the economy, all possible means were used to treat animals, with which at that time people were also treated – healing herbs and minerals, magical rituals and orders, even primitive surgical operations.

In Ancient Egypt, there were special priest-healers who treated people and animals. An ancient papyrus dating back to 1800 BC contains information on how to treat cattle and anti-parasite medicine for dogs. The codex of the Babylonian king Hammurabi regulated the consequences of veterinary operations: the owner of an animal that recovered had to pay the healer a certain amount, and if the animal died as a result of the operation, the veterinarian reimbursed the owner a quarter of its cost.

The ancient Greek physician Hippocrates first proposed that animal diseases, like human ailments, are influenced by diet and environment, not by the wrath of the gods. Aristotle classified animals and described some of their diseases, in particular, rabies. Among domestic animals, the Greeks gave priority to horses, so veterinarians were called hippiatras (from the word “hyppos” – horse), and the works of Greek scientists on the anatomy and diseases of horses make up a whole collection called “Hippiatrica”, dating from the V-VI centuries.

In Ancient Rome, veterinary medicine rose to a more advanced level, as it was important for the state. A large regular army needed many healthy and hardy horses, which is why the Roman army had them veterinary doctors and infirmaries for sick animals. In addition to veterinarians, ordinary doctors were also allowed to treat horses.

In medieval times, the church forbade healing animals, citing the lack of an immortal soul in them. Therefore, the ancient traditions of veterinary medicine were forgotten, and only in the 12th and 13th centuries Europeans again began to pay attention to domestic animals. However, this attention was limited to horses, which were vehicles, and cattle, which provided meat and worked in the fields. They became seriously interested in veterinary science only in the Age of Enlightenment.

In those days, epidemics among animals were a common phenomenon, and once after another mass death of livestock from the plague in France, veterinary surgeon Claude Bourgela opened the first veterinary college. This happened in 1762, and three years later, by the decision of the King of France, Louis XV, the institution was renamed the Royal School of Veterinary Medicine.

With the opening of educational institutions in veterinary medicine, the scope of research in this area expanded. They began to study infectious diseases that can be transmitted from animals to humans. The work of microbiologists, in particular, Louis Pasteur, helped to create vaccines against rabies, anthrax and other diseases in animals.

In 1863, Professor John Gamgee from the Edinburgh Veterinary College invited veterinarians from Europe to take part in a joint meeting to discuss epizootic diseases and their prevention. The meeting was held in Hamburg, with the representation of ten countries. Since then, such meetings have become regular and have received the name of the World Veterinary Congress.

Subsequently, veterinary specialists felt the need to create an international organization with a specific statute, so in 1959, the World Veterinary Association was founded at a congress held in Madrid. The new organization’s mission was to focus on animal health, as well as the environment and population.

In the 20th century, significant changes awaited veterinary medicine, because previously the object of this science was mostly horses and farm animals. As for dogs, cats, rabbits and other small animals, veterinarians began to take care of them only after the number of horses decreased, that is, after the mass appearance of cars. The situation changed fundamentally in the 1950s, when people’s living standards rose and the number of domestic animals increased. Therefore, most veterinarians now specialize in small pets, but there are also those who treat cows, sheep, horses, and wild animals in zoos.

How many countries are represented in the World Veterinary Association?

More than 80 veterinary associations from 70 countries of the world are represented in this organization. In total, they represent about 500,000 veterinarians.

What specializations exist in the profession of a veterinarian?

What qualities should a veterinarian possess?

In addition to love for animals and a sincere desire to help them, a veterinarian must have developed fine motor skills, be balanced and resistant to stress, be able to make quick decisions, constantly improve their professionalism, and also not be allergic to fur.

What are the advantages and disadvantages of being a veterinarian?

The main advantage of this profession is that it will always be in demand, especially in agriculture. Also, this work brings satisfaction, because the result is the saved life of the animal and the gratitude of its owners. Among the disadvantages are the possibility of injuries, bites or scratches, the risk of contracting certain diseases, as well as the work schedule, which often requires night shifts and work on holidays.

Which veterinarians are the most famous in the world?

Among the most famous specialists in this field are Claude Bourgela, the founder of the first veterinary school; Bernhard Bang is a Danish veterinarian who discovered the bacteria that cause brucellosis; Elinor McGrath is one of the first female veterinarians; Buster Lloyd-Jones is a doctor who turned his estate into a home for abandoned animals during the war; James Herriot is the author of interesting autobiographical books about the work of a veterinarian.

How to celebrate World Veterinarian Day?

On this day, events are held in various countries aimed at raising public awareness of the important role of veterinary medicine for animal health, and therefore for the safety and health of people. Veterinary educational institutions organize open days, and veterinary clinics hold informational events and provide promotional discounts on services.

The work of a veterinarian belongs to those professions that children often dream about. Therefore, this holiday is a great occasion to tell them about the peculiarities of this profession, to visit a veterinary clinic, zoo or animal shelter together.

Also, this day should be devoted to pets – walk outside with the dog, play with the kitten or “talk” with the parrot. Be sure to pay attention to the animal’s health and check the vaccination schedule, and if necessary, consult a specialist.

For all pet owners, the huge role of veterinarians in the lives of their pets is obvious. These specialists not only treat existing diseases, but also deal with prevention — they conduct examinations and administer vaccinations.

Timely vaccination and proper care are important not only for pets, but also for those that provide us with food, so it is impossible to imagine the work of agricultural farms and poultry farms without veterinarians. Also very important is the veterinary and sanitary examination in the markets, which determines the suitability for human consumption of meat and dairy products.

Exactly veterinary services in all countries, they make sure that there are no epidemics of diseases carried by wild animals. Therefore, free vaccination of domestic dogs and cats against rabies and other dangerous diseases is periodically carried out in rural areas. Veterinarians also sterilize homeless animals.

Specialized veterinary shops and pharmacies also cannot do without veterinarians who provide expert advice to visitors. Zoos and circuses are another important and difficult area of ​​the veterinary profession, because exotic animals and predators often have to be treated there.

When will we celebrate World Veterinarian Day? 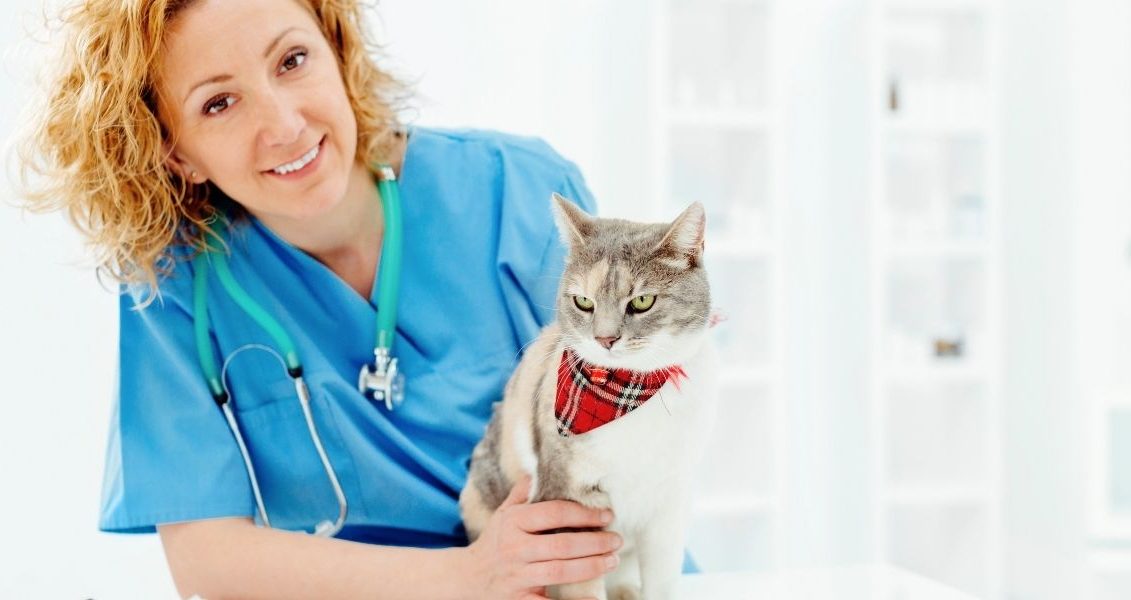 The first constitution of Ukraine