The word “caravan” is most often associated with a string of loaded camels that cover a long way through the hot desert to the desired destination. However, convoys of any land vehicles or ships are also considered caravans, and the people who coordinate the movement of these caravans are called caravan leaders or caravanners. A separate holiday is dedicated to representatives of this rather rare profession — International Caravan Day, which is celebrated every year on September 24. The event was founded by the International Association for the Coordination of Freight Operations, which takes care of the safety and efficiency of national and international freight transportation by all modes of transport.

How did the idea of ​​celebrating the International Caravan Day come about?

In ancient times, it was much safer to travel together, so merchants, travelers and pilgrims who needed to cross a desert or other terrain with adverse conditions gathered in groups called caravans. In the territory of Asia and Africa, camels were used to carry the cargo of caravans – these pack animals are very strong, hardy and adapted to the desert climate. Sometimes camels were harnessed to carts (this was done by tea merchants in some areas of China and Mongolia), but most often the load was divided into two parts and fastened on both sides of the camel’s back.

In particularly hot weather and on long journeys, each of the camels carried up to 160 kilograms of cargo, and on shorter routes and in the cooler season, the drivers could train the animals to carry 450 kilograms of burden. Passengers were also transported on camels – for this there were special baskets that were hung from the sides of the camel.

A rope was passed through the nose ring of each animal and it was tied to the saddle of the camel that was walking ahead – in this way, groups of 6 to 40 camels were formed, which were connected to each other. Sometimes such groups were arranged in three or four rows, and sometimes the caravan moved in one long line.

Depending on the required speed of movement and the danger of the route, the number of camels was also chosen. Caravans of Muslim pilgrims were always large, heading from Cairo and Damascus to Mecca and numbering 10,000 camels. Also huge were the caravans that went through the Sahara with loads of salt – they could have up to 20 thousand pack animals.

The time of movement of caravans was determined by the availability of water and pastures along the way, and for pilgrims by the required date of arrival at the holy places. On average, caravans covered 3 to 5 kilometers per hour and moved for 8 to 14 hours a day. In a very hot season, traffic was postponed to night hours, and people and animals rested during the day. If possible, they stayed in caravansary — fortresses surrounded by strong walls, located on the main trade routes.

Although the opening of sea routes from Europe to other parts of the world partially led to the decline of some caravan routes (such as the Great Silk Road), some of them flourished until the 19th century. Later, due to the development of road and railway transport, long-distance caravan routes disappeared, but at the local level, especially in those regions where other means of transportation are lacking, they are still used.

Sea caravans were originally created to protect against pirates and could have one or more warships, but this was not a mandatory condition. For example, the maritime caravans of the Republic of Venice consisted only of merchant ships, but they carried cannons and other weapons on board.

International Association for the Coordination of Freight Operations

The International Association for the Coordination of Freight Operations was founded in 1952 with the simple goal of sharing the experience of World War II in commercial logistics operations. Subsequently, the association’s mission was to promote the safety and efficiency of freight transport of all types, and its non-governmental status allows it to be represented in national and international agencies, provide advice and publish on best practices in the global freight chain.

It was the International Association for the Coordination of Freight Operations that established the International Caravan Day in 1995, choosing the date for it on September 24. William Adams was born on this day in 1564, a famous British navigator and caravanner. At the age of 12, he was already an assistant in the construction of ships for the merchant fleet, and at the age of 24, during the invasion of the Spanish armada, he became the captain of a supply ship for the British fleet. In 1598, as a pilot, Adams went with a Dutch sea caravan to the coast of the East Indies, but the ships were badly damaged by a storm, so the ship Adams was on had to drop anchor near the coast of the Japanese island of Kyushu.

At the time, it was the first European ship to reach Japan, so officials held long conversations with Adams and other crew members about politics, religion, and technology. The Japanese shogun, impressed by Adams’ knowledge of ships and shipbuilding, appointed the foreigner as his confidant.

The sailor was given an estate, but was forbidden to return to England. Adams oversaw the construction of Western-style ships, sent invitations on behalf of the Japanese government to British and Dutch merchants, and helped build an English factory on the island of Kyushu. William Adams died in Japan in 1620, and the unusual story of his life still inspires writers and filmmakers.

Frequent Questions and answers on the International Caravan Day

Is it true that in ancient times blind guides often led caravans in deserts?

Yes, it’s true — sandstorms buried the tracks of people and camels, but there remained a barely perceptible smell on the sand, which, thanks to the sharpening of other senses, was distinguished only by blind guides. After a certain period of time, they smelled a handful of sand and determined whether the caravan was moving in the right direction.

What did the caravanners feed the camels in those places where there was no vegetation at all?

Camels were fed with hay, which was carried by the animals themselves. At the same time, it was important to correctly determine exactly how much hay to take – so as not to overload the camels and at the same time not leave them hungry.

Which caravan route was the longest in ancient times?

This is the Great Silk Road – a whole system of caravan routes from East Asia to the Mediterranean. Only the main route of this route was 12 thousand kilometers.

Who was in the caravan, besides merchants and guides?

Slaves were taken to the caravan to perform heavy work, scribes to record all important events, messengers to communicate with those they met, and imams to conduct daily prayers. But the most important was the counselor of the caravan, who was responsible for all damages and accidents during the movement and had unlimited power on the road. He also knew all the routes and bodies of water and knew how to navigate by the stars at night or by the smell or touch of sand.

Were there caravan routes on the territory of Ukraine?

The Chumatsky route can be considered a caravan route, which during the 16th and 19th centuries was used by Chumaks to bring salt from the Crimea to mainland Ukraine, and in the opposite direction to carry grain and vegetables. Chumac caravans numbered up to a hundred horse-drawn carts with various goods.

How to celebrate International Caravan Day?

Of course, caravans are exotic for most of us, but considering the more modern meaning of this concept, on September 24 it is necessary to congratulate those people whose professional activities are connected with the movement of caravans – they can be sailors or drivers of various convoys, in including truck drivers.

Although in reality caravanning is a difficult and responsible occupation, for the general public it seems to be primarily full of romance and adventure. It is not for nothing that the long and dangerous journey of the caravan often becomes the background of events in films, so on the International Day of the Caravan, you can entertain yourself by watching one of these films. Lovers of literature can find many books, usually of the historical or adventure genre, where the plot is based on the journey of a caravan.

Everything related to caravans arouses special interest in children, so on this day it is worth telling them something new – for example, about the Sahara desert, the crossing of which could last several months for caravans, or about the Great Silk Road, thanks to which world history changed .

For a long time, caravans were the only relatively safe way to travel long distances and thus connect different civilizations. This happened not only due to trade, which contributed to the development of commodity-money relations, but also due to the spread of technologies that changed the world. For example, it was through the Great Silk Road that the methods of producing paper, gunpowder, silk and porcelain came from China to Europe.

In turn, the Eastern world, thanks to the caravans, adopted from the West many grain and vegetable crops, such as beans, sesame, onions, grapes, as well as some farm animals, in particular, sheep. The spiritual heritage of humanity, i.e., ideas and religions, were also spread along caravan routes – for example, Buddhism came from India to China along with travelers.

As for caravans in the modern sense, that is, convoys of land or sea vehicles, their importance is no less important than in ancient times – in this way, vital goods are delivered, and transportation itself becomes more efficient and safe.

When will we celebrate International Caravan Day?? 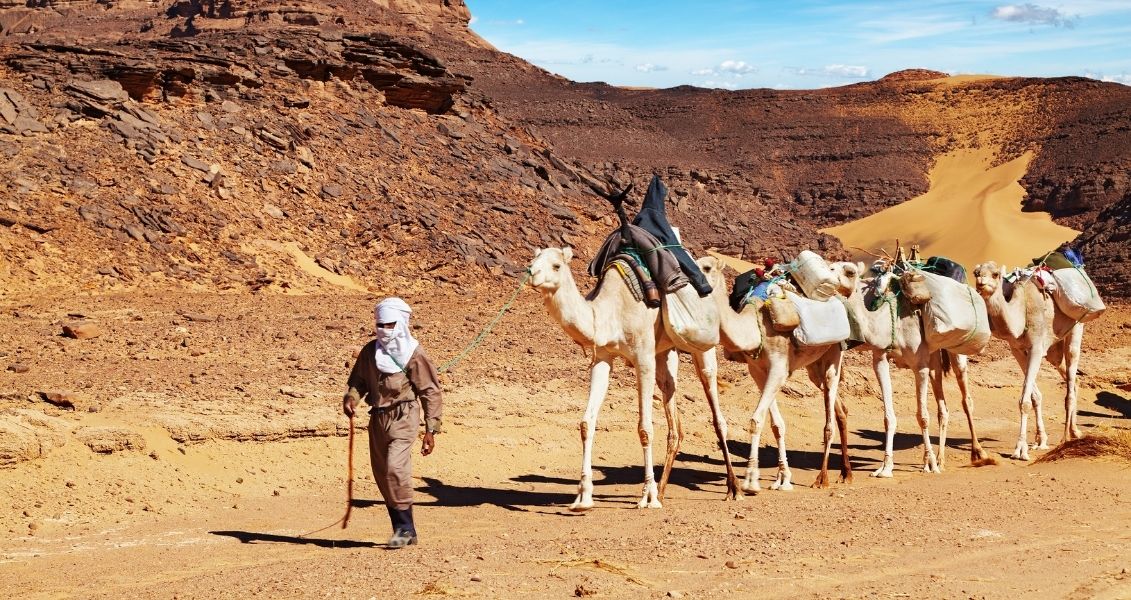 Read more:  Independence Day of the Republic of Peru