Boxing is one of the most dangerous and traumatic sports with a very ancient history. Undoubtedly, this activity is exclusively for strong people, not only in a physical sense, but also in a psychological sense. Courage, endurance and strategy are associated with boxing, which is why it remains among the most popular sports, and the names of the best boxers are known even to people who are far from this sport. In addition, for many people, boxing has become a real school of life, helped them to make the right choice at the time. August 27 in the world is celebrated every year International Boxing Day — a holiday that aims to honor the hard work of athletes and coaches, as well as to popularize this sport among the population.

How did the idea to celebrate this holiday come about?

Men have competed in fist fights since ancient times. This is evidenced by Sumerian drawings on stone, the age of which is the third millennium BC. Ancient Egyptian reliefs depict fighters and spectators, with opponents competing without gloves, only with bandaged wrists. It is known that in Kievan Rus, hand-to-hand combat was considered a means of training young men and warriors in dexterity, strength and endurance.

Boxing for the first time appeared at the Olympic Games in 688 BC. The fights were always held in the fresh air, it was forbidden to hold the opponent with the hands, and there were no rounds as such – the fight continued until one of the participants conceded defeat. In ancient literature, descriptions of bloody duels of fist fighters are often found, for example, in Homer’s “Iliad”. Later, the Greeks invented the first boxing gloves – cestus, with spikes sewn into the skin and metal plates, thanks to which the blows became more traumatic.

In Ancient Rome, boxing was present both in sports and in the gladiator arena, with the difference that a gladiator match usually ended with the death of one of the opponents. The spread of Christianity and the simultaneous decline of the Roman Empire led to the fact that fist fighting as a sport and public entertainment ceased to exist for many centuries.

The revival of boxing

The revival of this sport began in England in the 17th century – the aristocrats there were very interested in the traditions of antiquity, so boxing was first a way to resolve disputes, and soon took the form of a sport. The athletes had patrons, and everyone could place bets on the outcome of the match. Since 1698, boxing competitions have already been held in London on a regular basis. At the same time, there were almost no defined rules, just as there was no division of boxers into weight categories. The fight without gloves continued until one of the fighters could no longer continue it.

The first champion of England in 1719 was James Figg, who remained undefeated for 15 years. The next champion was Jack Broughton, one of Figg’s students. It was Broughton who opened the first boxing school and developed the rules of boxing in 1743, which were valid for 95 years. Broughton is also responsible for the invention of boxing gloves in the modern sense — to protect the boxer’s hands and the opponent’s face.

In 1838, the previous rules were supplemented by the British Association of Boxers — the place for the fight was determined in the form of a square with a side of 7.32 meters; it is forbidden to kick, head and hit below the waist. The duration of the rounds and other important conditions were also established.

However, even these changes were not enough to attract more investment to boxing. Therefore, in 1867, boxer John Graham Chambers developed new rules, which he named after his patron, the Marquis of Queensberry. The Queensberry rules were that the contestants boxed in soft gloves, the round lasted 3 minutes, and then they had a minute of rest. A fallen boxer was given 10 seconds to get up, otherwise he was declared defeated. During this period, the first weight categories were also defined.

Development of boxing in Ukraine

In Ukraine, boxing began to develop at the beginning of the 20th century. In 1907, the first boxing school was opened in Kyiv, later Odesa and Kharkiv became boxing centers. However, after 1917, the Soviet authorities declared boxing a bourgeois sport, and it received official recognition only in 1932. From that time until 1941, Ukrainian boxers won 13 prizes at the championships of the USSR. Recovering after the Second World War, Ukrainian boxing occupied a worthy place in the All-Union and world arenas – from 1954 to 1990, our boxers won 164 awards at the USSR championships, 16 medals at the European championships, 5 medals at the world championships, and 4 medals at the Olympic Games.

Among outstanding Ukrainian boxers, Oleksandr Tkachenko, Vladyslav Zasypko, Anatoly Klymanov, Viktor Miroshnichenko and many others are often mentioned. In 1996, the first Olympic champion in the most prestigious heavyweight category – Volodymyr Klitschko – appeared in Ukraine. The names of Vitaliy Klitschko, Vasyl Lomachenko, Oleksandr Usyk, and Denys Berinchyk also entered the history of boxing forever.

In 2019, AIBA recognized and announced International Boxing Day. Since July 22 boxers, trainers and all fans of this sport in different countries of the world began to celebrate this day. And in 2021, AIBA moved the holiday from July 22 to August 27to link the date with the first AIBA World Championship held in the Cuban capital of Havana in 1974.

When was boxing included in the list of sports of the modern Olympics?

The Olympics resumed in 1896, but the organizing committee then abandoned boxing, considering it too dangerous. Boxing first appeared at the 1904 Olympics in St. Louis due to its popularity in the United States, but was again ignored in later years. Only in 1920 did this sport permanently return to the program of the Olympic Games.

How many weight classes currently exist in boxing?

Amateur boxing has 11 categories — from the lightest weight (up to 49 kilograms) to heavyweight (from 91 kilograms). There are 17 weight classes for professional boxing, which are measured in pounds, from a minimum weight of 105 pounds, or 47.6 kilograms, to a heavyweight of more than 200 pounds, or 90.72 kilograms.

When did championship belts first appear in boxing?

The tradition was started in England in 1841. After the championship bout between the boxers Count and Ward, which lasted 35 rounds and ended with the victory of the Count, the champion was presented with a transitional prize – a red velvet belt trimmed with leather and a silver shield on which his name was engraved.

How long have the English been considered the best boxers in the world?

At the beginning of the 19th century, boxing spread to the United States, and the dominance of the English in this sport ended after winning the championship in 1882 by the American boxer John Lawrence Sullivan. After that, for almost a century, the championship in boxing, especially among heavyweights, was most often won by Americans.

How to celebrate this holiday?

This day is held under the auspices of AIBA, which annually holds the “Best Boxer” award ceremony. For this, each national boxing federation chooses the best from the following categories: male boxer, female boxer, junior, coach, referee, boxing school, innovative project. Each nominee receives a certificate, as well as limited edition GreenHill boxing gloves.

All boxers celebrate their professional holiday on August 27, both amateurs and professionals, as well as coaches, referees and representatives of professions related to boxing. Boxing schools hold open days, arrange demonstration training, thus popularizing this sport among children and young people.

Mass media in our country also pay attention to the International Boxing Day, usually talking about the life path and sports achievements of outstanding Ukrainian and foreign boxers.

The best way to celebrate this day for his fans is to attend an interesting match and cheer for your favorite athlete to your heart’s content. If there is no such opportunity at the moment, you can watch exciting battles in online mode. Lovers of feature films have quite a large selection of films on the subject of boxing and boxers, so it is appropriate to devote your free time to one of them, immersing yourself in the world of dangerous sports and strong personalities.

This day is important because thanks to it we get more information about boxing and the reasons why it is worth taking up this sport or enrolling children in a boxing school.

For example, not everyone knows that boxing trains not only the upper body and arms, but also strengthens absolutely all muscles. Therefore, sports instructors often recommend boxing for those who need to get in perfect physical shape as soon as possible.

Boxing is capable of hardening us morally, because for the sake of victory it teaches us not to give in to insecurities and fears, and difficult training forces us to go beyond our capabilities. Ultimately, these skills help you better cope with daily stress and life’s troubles.

Boxing teaches discipline – it is not for nothing that outstanding boxers cite regular training as the main reason for their success, as well as adherence to diet, daily routine and sufficient amount of sleep. Accordingly, the habit of discipline contributes to a responsible attitude to other spheres of life. It is impossible not to mention the benefits of boxing skills to protect yourself and your loved ones, if the situation suddenly requires it.

When will we celebrate International Boxing Day?? 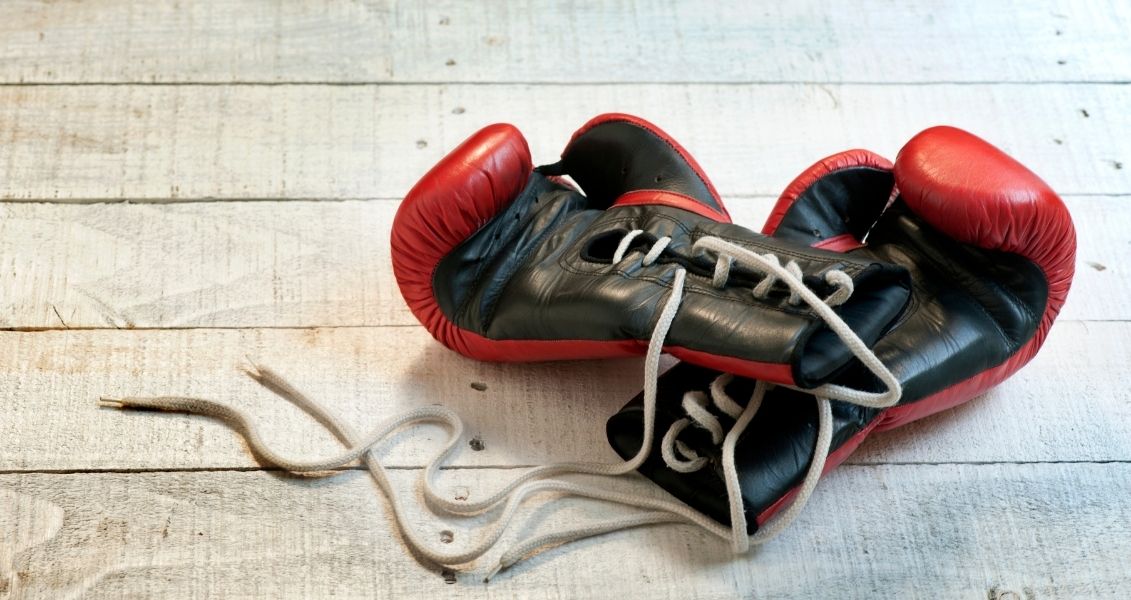 Day of youth and children’s public organizations of Ukraine