We are already used to the fact that we learn about news from the Internet, we usually communicate in messengers, we read electronic publications and we almost forgot what silence is like in the library hall, where there is such a special smell of printed books.

If the question: “When was the last time you went to the library?” answer: “Very recently”, then you are probably either a student or you mean the school library, which is currently the most accessible cultural and educational environment for more than 4 million students in almost 15 thousand schools in Ukraine.

School libraries have their own holiday, which is celebrated annually on the fourth Monday of October — International School Library Day.

How did the idea of ​​celebrating the International Day of School Libraries come about?

Our distant ancestors valued books and education even in the times of Russia. Prince Volodymyr opened schools where students studied by copying books. During the reign of Yaroslav the Wise, the first library appeared at St. Sophia Cathedral in Kyiv.

In the 11th century, among other schools, there were already so-called “schools of book learning”, which trained young professionals for the areas of management, culture, and church life. A characteristic feature of such schools was learning with the help of books and texts. It is interesting that the teachers of that period were called “bookmen”.

The advent of book printing became a factor of great changes in library work. Already in the 16th century. large book repositories appeared in Ostroh and Lviv. In the 1630s, the library of the Kyiv-Mohyla Academy began to take shape (the founder was Petro Mohyla, Metropolitan of Kyiv and Halytskyi). The wealthy Ukrainian nobility began to form their own large libraries.

In the part of Ukraine that was part of the Russian Empire, the reform of the 1860s played a major role in the development of school libraries. The creation of a public school and a network of student libraries began. Voluntary donations and tuition fees became the main source of funds for this. On the Ukrainian lands that belonged to Austria-Hungary, libraries operated thanks to the cultural and educational centers of “Enlightenment”.

In the 19th and 20th centuries, in connection with the acceleration of technical progress, there was a rapid development of libraries, including school libraries.

In Soviet times, school libraries existed in every educational institution. They were generally well supplied with the necessary literature, but the direction of children’s reading interests was largely subordinated to communist ideology.

During the period of independence of Ukraine, school libraries are going through a difficult period of reformation and improvement together with the education system as a whole. They face the task of turning not only into real educational centers, but also into leisure centers that meet modern requirements as much as possible.

The work of libraries is determined by the Law “On Education”, the Regulation on the library of a general educational institution, the Law “On Libraries and Library Affairs”.

Frequent Questions and answers on the International Day of School Libraries

When was International School Library Day celebrated for the first time in the world?

Is there a special theme for International School Library Day?

Yes, every year the celebration takes place under different mottos. Naripklad, “In search of good health and well-being” draws attention to the problems of ecology and the role of libraries in the environmental awareness of students.

Which functioning library of an educational institution in Ukraine is the oldest?

The Scientific Library of Ivan Franko National University of Lviv has the oldest history in Ukraine. It was opened in 1608 as a library at the school of the Jesuit College. It is known that its readers included the future hetman Bohdan Khmelnytskyi.

How many countries are members of the International Association of School Libraries?

How to celebrate International Day of School Libraries?

Different countries have their own special celebration traditions on this day. For example, in Australia they wear national costumes, in Poland there are widespread reading contests, in Romania actions are held to collect books for school libraries, in the Czech Republic children compete in creating the best book covers. The University of Rome holds seminars on the problems of school libraries.

In Ukraine, the celebration of the All-Ukrainian Library Day, which is celebrated every year on September 30, is more traditional. But every year the International Day of School Libraries in our country is gaining popularity.

The objective reality of our time is that children now read less — there are too many other sources of information.

Therefore, the main goal of the school library is to instill in students a taste for the very process of reading a traditional book.

But the school library is also serious research work, from the ability to find the right book and acquaintance with popular science literature to the formation of perfect skills of interaction with the information space.

When will we celebrate International day of school libraries? 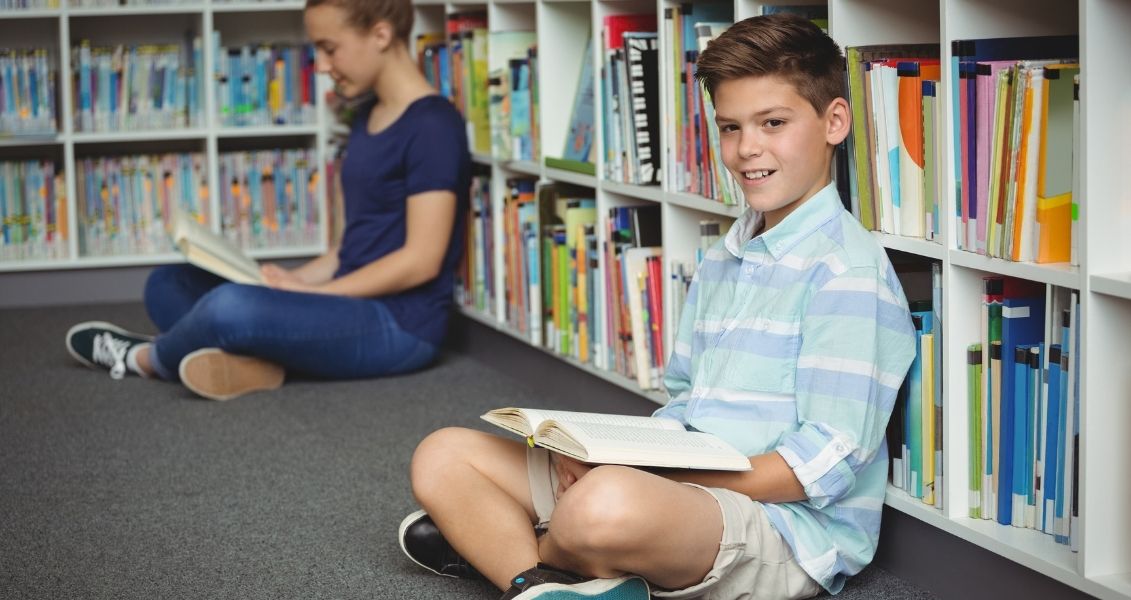 The feast of the acquisition of the relics of Saint Maxim...