Chess is synonymous with logical thinking, strategy and patience. This game goes back to the most ancient times – those in which man received the ability to think. Thanks to the artistic imagination, chess has absorbed the features of art, and thanks to accurate calculation, the features of science. This is one of the few ways of leisure that improves brain function, memory and cognitive abilities. Statistics claim that 70% of people in the world have played chess at least once in their lives, and for 650 million it is a constant hobby. Such a popular game could not remain without recognition at the highest level, which is why the world annually celebrates International Chess Day on July 20. The national one also coincides with this date Chess Day in Ukraine.

How did the idea of ​​celebrating Chess Day come about?

There are many versions about the inventor of chess. Authorship is sometimes attributed to the mythical Odysseus, who thus tried to amuse himself during the siege of Troy, as well as to the founder of ancient medicine Hippocrates and the Greek philosopher Aristotle. But it is logical to believe that chess is not the invention of one person – over the course of several thousand years of history, it has been improved and developed until it acquired its modern appearance.

Hypotheses about the country where chess first appeared are also controversial. The first claims that chess spread to China and Persia from India. According to the second, the homeland of chess is China. Proponents of the Indian origin of chess often refer to ancient legends.

One of them tells that chess invented by a Brahmin priest for the amusement of his Raja. The ruler liked the game very much, so he allowed the Brahmin to choose the reward. The man asked to pay in grain: one grain was assigned to one cell of the chessboard, two to the second, four to the third, and so on, that is, for each subsequent cell the raja had to give twice as many grains. If you calculate all the desired amount of grain in this way, then its total volume is impressive – it is approximately 1.2 trillion tons. In the end, the Raja ordered the head of the too clever inventor to be cut off.

The immediate predecessor of chess is considered to be the Indian game chaturang. It required four players, each of whom had a king, a bishop, a rook, a knight and four pawns in his corner of the board. Before each move, a gambling ball was thrown – the number that fell on it determined the moves, so the outcome of the game often depended on the draw. Over time, chaturang turned into chess – it was already played by two people who, according to the words of the classic of Persian poetry, Firdousi, “won the victory with the mind.” By the way, some Iranian historians consider Persia to be the cradle of the game of chess, motivating this opinion with Persian chess terms in India, which did not exist in Sanskrit before.

To play or not to play?

In Kyivan Rus chess were known even before the adoption of Christianity, because the state was at the crossroads of trade routes. It is likely that it was foreign merchants who introduced this game to our ancestors – the Slavs. Archaeological finds also testify to the spread of chess in Ukrainian lands since very ancient times – chess pieces dated to approximately the 9th – 10th centuries also have a trident sign on them.

Meanwhile, in Byzantium, chess was banned by the Christian Church – the Ecumenical Council of Trulli in 692 opposed any games. Therefore, after Christianity came to Kyivan Rus, the ban on games was included in the Collection of Laws of Prince Yaroslav. However, the passion for chess among the Slavs was already too wide, besides, they did not always follow other people’s orders. And even in European countries, not everyone professed asceticism – it is known that the kings there were often gambling chess players.

In the Russian Empire, Peter I tried to popularize chess as his favorite pastime and a sign of progress. Later, during the reign of Empress Elizabeth, her favorite, Kyrylo Razumovsky, an ethnic Ukrainian, was a great fan of chess.

Books, a watch, the first champions

In the middle of the 18th century, the first books with descriptions of chess games appeared in Europe, in the 19th century, the standardization of chess sets took place, and a chess clock was also introduced in competitions, because there were games that lasted up to 14 hours. For the first time, the title of official world champion was won by Wilhelm Steinitz in 1886, who held it for 8 years. Steinitz introduced an innovative style of play and is considered the founder of positional chess. The next champion – Emanuel Lasker – was undefeated for 27 years.

The first in Russia chess club opened in 1853 in St. Petersburg. In Ukraine, such an institution was first opened in 1882 in Kharkiv, and later chess clubs appeared in other cities. In 1901, the third chess championship of the Russian Empire was hosted by Kyiv. During Soviet times, Ukrainian chess clubs were part of the Chess Federation of the USSR, and in 1992, the Chess Federation of Ukraine was established in our country.

The governing body of this sport, which regulates all international chess tournaments, is the International Chess Federation (FIDE). It was founded in Paris in 1924 under the motto “Gens una Sumus”, which in Latin means “We are one family”. FIDE became one of the first associations of this type in the world, along with the associations of football, swimming and motor sports. Currently, FIDE unites 190 countries in the form of national chess federations, and its headquarters is located in Lausanne (Switzerland).

International Chess Day the world has been celebrating since 1966 — the initiative belongs to FIDE and UNESCO. The date of the event is July 20, the day of the foundation of FIDE. In 2011, the Ukrainian parliament issued a resolution declaring July 20 as Chess Day in Ukraine. The purpose of this event is to popularize the game of chess among the general population and honor the achievements of domestic chess athletes at international tournaments.

A day of chess in history

Before chess reached Europe, it passed through Muslim countries where the religion is Islam. This belief forbids creating realistic figures of people and animals, so the chess pieces took on a simplified appearance.

How many variants of chess games are there in theory?

How many moves can the shortest and longest chess game have?

As for the shortest game, it is possible to checkmate the opponent in just two moves – there are eight ways to do it. There are 355 ways to win in three moves. The longest chess game theoretically consists of 5949 moves.

Which chess set is the oldest in the world?

The oldest complete chess set in existence, made of walrus bone, was found in Scotland on the Isle of Lewis. The origin of this set is Scandinavian, and the time of manufacture is the 12th century. It was these chesses that were used during the filming of the movie “Harry Potter and the Sorcerer’s Stone”.

Does Ukraine have its own world chess champion?

Yes, this is Ruslan Ponomarev, who won the FIDE title in 2002. Ukrainian chess player Vasyl Ivanchuk also became the vice-champion at that time. Ponomaryov is also the winner of the 2004 and 2010 Chess Olympiads as part of the national team. The men’s team of Ukraine won the World Team Championship in 2001, and the women’s team won in 2013.

How to celebrate Chess Day?

Our country celebrates this holiday in accordance with world traditions.

Chess is an opportunity to demonstrate your analytical thinking skills, because after all, it is not an easy game, and people who succeed in it are usually respected. It is not for nothing that chess lovers include such famous personalities as Queen Elizabeth II of Great Britain, pop star Madonna, film director Woody Allen, Microsoft founder Bill Gates and many other people from very different fields of activity.

Chess raise our ability to solve problems to a new level, because they teach us to calculate our moves in the game, after all, just like actions in life situations, at least a few steps ahead. In addition, the exciting game distracts from everyday household problems, because the player completely forgets about the surrounding world, thinking about the next move. Not the last role is played by the aesthetic component of chess — the beautiful solution of the game gives the players pleasure, akin to the enjoyment of music.

Psychologists believe that chess is an effective way to improve memory function. In addition, by forcing the mind to solve complex problems and work on ideas, chess is an effective prevention of Alzheimer’s disease. Some scientists claim that chess can increase the level of intelligence, although this has not yet been proven in practice. The game has a particularly beneficial effect on young people – for example, students’ grades at school improve, so chess is even included in general education programs in many countries. 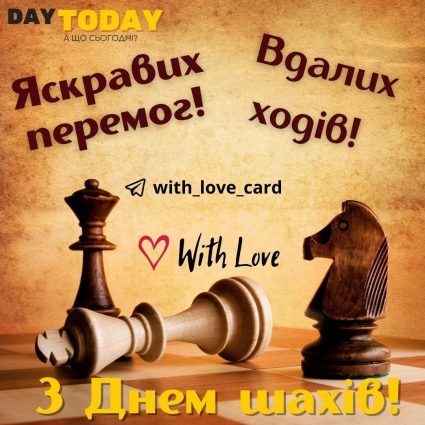 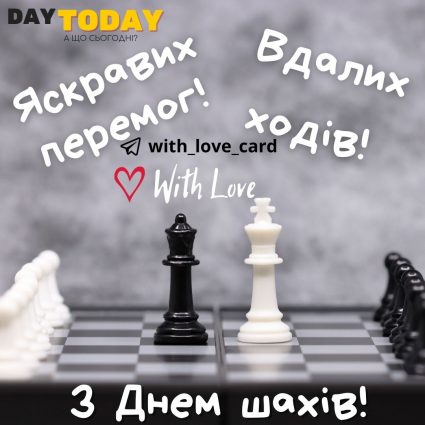 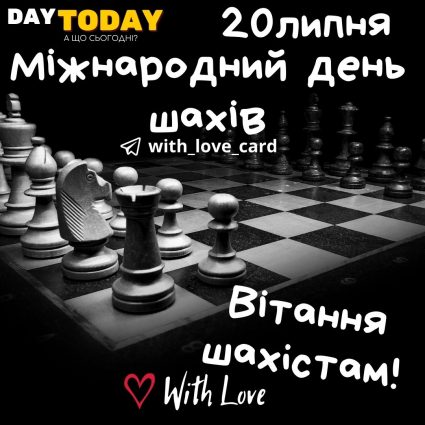 When will we celebrate Chess Day?? 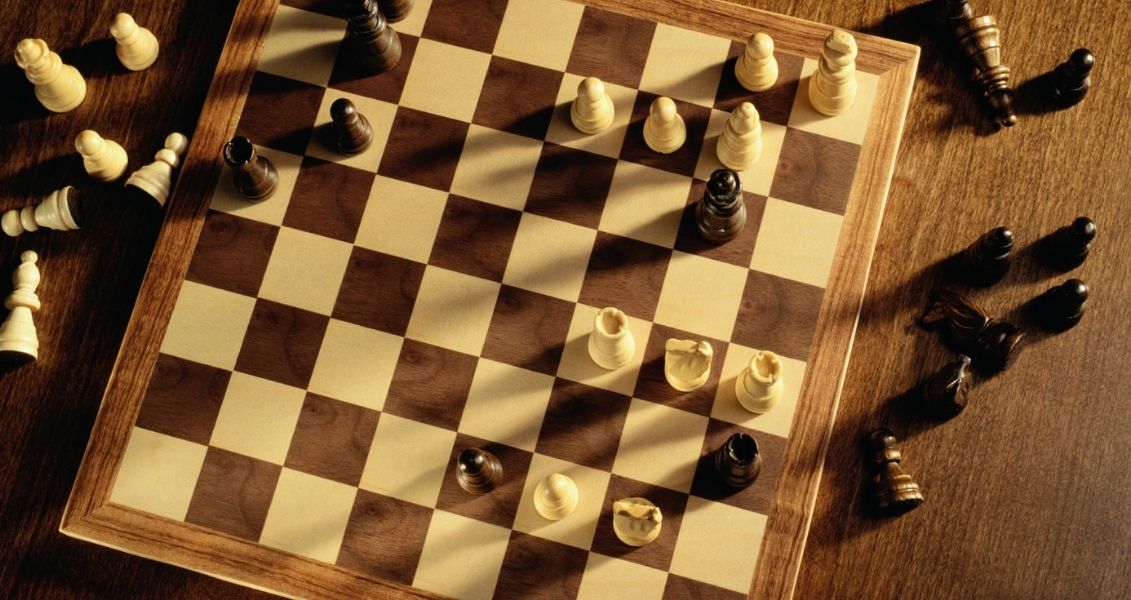