Every year on August 14, the Orthodox world celebrates feast of Maccabees. Other names: Makoviy, First Savior, Honey Savior. This is one of the three summer holidays celebrated in honor of Christ the Savior. In Ukraine, the holiday combines two worlds: religious and folklore. Folk traditions of the celebration are closely intertwined with Christian tales and legends. The feast of Maccabee falls on the most fruitful month of summer – August. It is marked by the harvest, as well as the ripening of vegetables and fruits. And in August, poppies ripen, this is where the folk name of the First Savior comes from – Macovei. But the name “Honey Savior” indicates that fresh honey is collected in this month.

All holidays and events for August 14

How did the idea of ​​celebrating Makoway come about?

The holiday has a rather interesting origin and has been celebrated since the 9th century AD. Maccabee was first celebrated in Constantinople, and later it spread to other countries. At the end of the 12th century, this day was one of the most revered church holidays in Kyivan Rus.

On this day, the Orthodox Church honors one of its shrines – the Life-giving Cross. The fact is that mid-August was the hottest days of summer. It was then that terrible epidemics, such as the plague, especially developed. The Orthodox Church had its own method of combating diseases, so-called processions were arranged for this purpose, when clerics carried the Lord’s Cross through the streets to sanctify everything around and cleanse it of infection.

Today, on Maccabee’s day, a church service is held, during which the cross is placed in the middle of the church and bowed to it.

The holiday has another historical background. On this day, both Orthodox and Catholics honor the memory of the seven Maccabee martyrs, as well as their mentor and mother. The Great Martyrs were executed in 166 BC because they renounced pagan idolatry. The martyrdom of the Maccabean brothers prompted Judas Maccabeus to defeat the harsh ruler Antiochus and throw out the idols from the Jerusalem Temple.

Later, the people renamed the Maccabean holiday to Maccabee. On August 14, a two-week fast begins, which is also called Uspensky or Spasivka, and the end of the fast falls on the Assumption of the Blessed Virgin Mary.

Postcards and greetings to Makoway 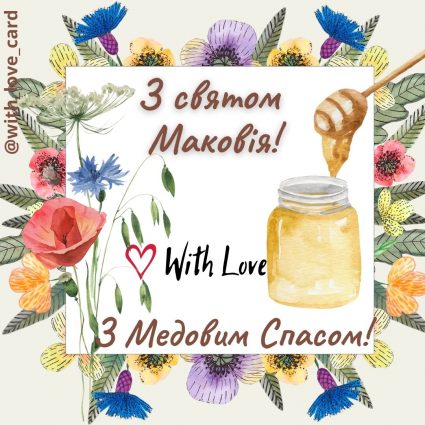 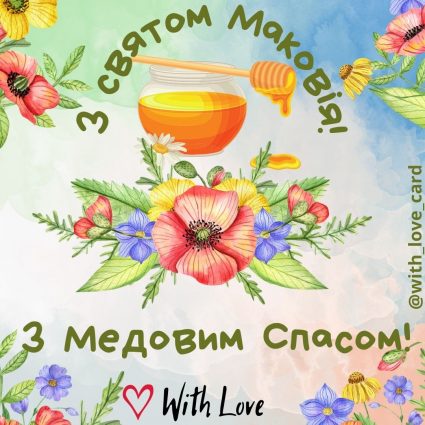 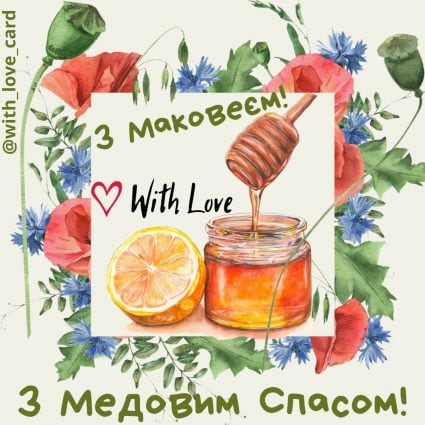 August warmth, poppy cakes, aromas of baking and honey, bouquets with autumn notes – the holiday of Macovei or Honey Savior. On this day, let the warmth, coziness and gifts of summer unite families and give a wonderful summer day!

Every year on the morning of August 14, sincere believers go to the church to consecrate the “poppies”. This is what they call field bouquets, the main decoration of which are poppy heads. Bouquets usually consist of cornflowers, marigolds, marigolds and other flowers. Such sanctified flower compositions serve as a kind of charm that protects the family from various troubles. There is a belief that poppy seeds from a consecrated poppy head can protect the house from unfriendly guests, so they were sprinkled on the doorstep.

Honey and water are brought for consecration. Holy water will come in handy at home, but honey is left in the temple so that everyone can enjoy honey on Honey Savior. People believe that consecrated honey is a reliable prevention against diseases. Therefore, immediately after consecration, it is necessary to eat a spoonful of honey and drink it with holy water. On Makoway, every home should have dishes prepared with the addition of poppy seeds. These are usually dumplings, pies or pancakes with a sweet poppy filling.

Honey Savior it is still often called Water, because on this day our ancestors usually consecrated wells in their yards. This custom came from pagan beliefs, according to which they honored the natural elements and the power of water. The rite of consecration of the spring takes place as follows: two festive tables are placed next to each other: one with a candle and bread and salt, the other with a candle, holy water and kutya. As soon as the priest finished the consecration of the well, the owners had to plant trees around the youth.

What should be in the basket for consecration?

A basket for the consecration of various products in the church is a special attribute. In ancient times, it was made by hand, today you can buy a festive wicker basket. It must be consecrated and used only for visiting the church. Check out the list of products that can be put in the basket for consecration:

Often, due to a lack of knowledge, people put extra products in the festive basket on Honey Savior, which causes surprise in other people. To prevent this from happening, we offer a list of products that should not be consecrated on Makoway:

It is very important that all consecrated products are completely consumed by family members and their guests, as throwing them in the trash is strictly prohibited.

Like other church holidays, this day has certain taboos. For example, on the day of August 14, it is strictly forbidden to work on the land or homestead. Businesses related to construction, sewing, and house cleaning are also not welcome. All matters must be completed the day before the celebration.

The day after Honey Spas is undesirable for swimming in open water bodies. There is a belief that by violating this prohibition, a person exposes himself to the danger of a serious illness, and people also believe that he can drown. In front of the Savior, it is necessary to take care that all cattle are carefully bought.

Noisy parties are prohibited, and it is especially necessary to behave quietly during walks in the forest so as not to scare the bees.

On Makovey, as well as on other religious holidays, you can’t fight, swear, use obscene words. It will be a sin if a person wishes harm to others on this day, thus he can bring this harm upon himself.

What should be done on Honey Spas?

Like any church holiday, this day is primarily designed to bring people closer to God. For this, it is necessary to express thanks, in particular to beekeepers for honey. Also, on August 14, it is not a sin to prepare lean dishes with the addition of poppy seeds. This is the last day of the season when you can swim in the lake or river. It is obligatory for Christians to attend a church service and consecrate products. On Makoway it is customary to share with the poor.

When will we celebrate? Maccabee? 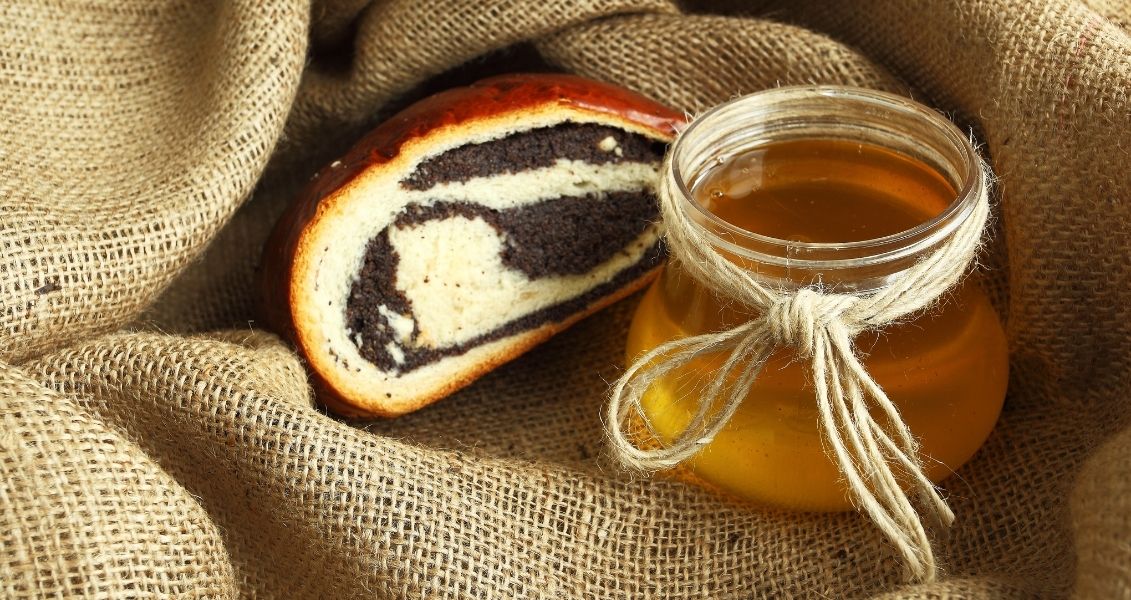 Day of the Aviation Engineering Service of the Armed Forces of...