Let’s spice up the calendar of the holidays with that quirky date! When is National Hot and Spicy Food Day in 2020? Read on!

The world trade in spices has played an important role during the long centuries. It was closely connected to the wealth and power. A lot of the most valuable spices came to us from India, China, and Indonesia. During the Middle Ages, the trade was mainly under control of the Ottoman Empire which earned the insane money. The sailors got tired of the high prices on the pepper, cinnamon, and ginger and started to search for their own ways into India, avoiding the Empire.

The spices have been around since the neolith, actually. The cumin, for example, was found in the prehistoric buildings.The Ancient Egyptians used the onion, garlic, cumin, and juniper five-four thousand years ago, not only as the culinary additive but also as the medicine. These spices are also mentioned in the opuses of the Ancient Mesopotamia. 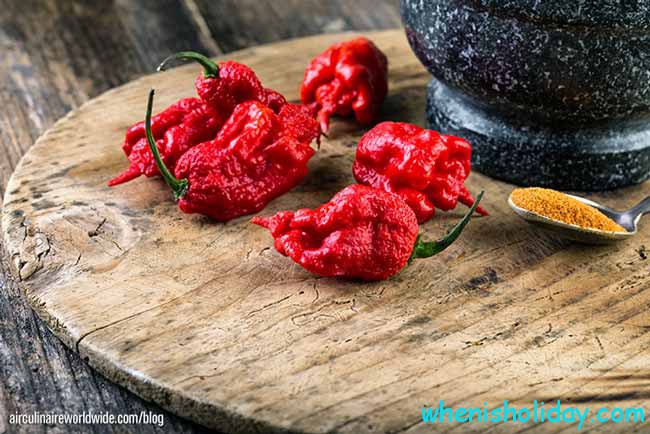 What does National Hot and Spicy Food Day mean? It means saying thanks to those who introduced these flavoring to the world!

Nowadays, the spices are the ordinary additive to our food. Yet some of the countries love them too much, in the way that our mouths just can’t stand. How’s that? And when is International Hot and Spicy Food 2020, if we’re talking about it?

Do you know that this unbearable feeling of burning in your mouth is the result of the pure chemical reaction? Yes, the capsaicin that is present in the hottest foods when getting inside of our bodies entails the increase of the body temperature. Our organism, in its turn, does everything it can to cool down – that’s where the sweating and drop the jaw a bit lower appear.

In our mouth, there are five kinds of the gustatory receptors – the sweet, sour, bitter, salt, and umami. As you can see, there are no certain receptors for the burning taste. The capsaicin has an effect on at least two other receptors – those of the warmth and pain. Both of them are deceived. When the warmth receptors are irritated, we feel the subjective feeling of the warmth which in a while turns into the real one.

However, the spicy food would be more burning if we eat it hot. Interestingly, the other receptors are activated, too, and the spicy food acts like the booster of the other tastes. What is more interesting is that the irritating of the receptors responsible for pain entails the transmitting of the irritation directly to the brain. In response, the brain emits… the endorphins – the hormones of happiness! That’s why the chili pepper is known to be a natural drug.

Why the Southern countries love the spices so much? They have hotter and more humid climate which makes the products go bad quickly. The hot pepper, onion, garlic, and other flavorings contain the phytoncides that destroy the bacteria. Besides, the spicy food normalizes the body temperature – you eat the hot dish, you sweat, you cool down.

The locals of the southern countries are learned to eat that sort of food from the childhood. That’s why their digestion gets used to it quite fast. For the others, the amount of the hot spices seems unbearable while for them it would be just an enjoyment. Plus, it is the southern countries that are rich at all sorts of the food additives. In India, there are hundreds of the spices; each is hotter than the other.

Regardless of what day World Hot and Spice Food Day in 2020 falls on, don’t underestimate the power of the ordinary spice!

The spicy and hot foods are present in almost every national cuisine. They evoke the appetite, intensify the taste of the dishes, and create the feeling of the warmth. But whether it’s healthy to eat it regularly?

The various researches show that the addition of the spice could make the food a bit healthier. First, it helps losing weight. The capsaicin increases the digestion – simple as that. Then, it calms down the feeling of pain and inflammations. If you’ve ever felt the pain in the muscles or joints, you probably used the ointment with the capsaicin that eases the sensations with the burning effect. It is also good in the ointments against the frostbites and nasal sprays that are used during the migraines. Besides the capsaicin, there is a ginger that during the ages was believed to be the anti-inflammatory medicine and a lifesaver when a person feels nausea. The cardamom – the king of the spices – also eradicates the inflammations and is widely used in India and Sri Lanka. The black pepper owes its flavor to the piperin and it suppresses the gen that is responsible for cancer. Even in the smallest doses, the piperin is able to ease down the process of inflammation.

These powders normalize the flowing of the liquids in our bodies. It creates the feeling of warmth and the extension of the blood vessels while the adrenaline decreases the blood pressure. It also strengthens the walls of the arteries as it contains a lot of the vitamins A, B, and C. It improves the digestion by stimulating the secretion of the gastric juice. It helps to struggle with the flu. The additives turn on the process of the intense sweating eradicating the sensations caused by the increased temperature. Plus, it contributes to the clearing of the nasal ways.

The hot and spicy dishes help us sleep well. The aftermaths let us relax and fall into the deep sleep. As the belly is half-empty – you can’t eat the tons of that food – the person sleeps well and wakes up in a good mood. And of course, they are good against the stress due to the increase of the endorphins and serotonin.

What is the date of National Hot and Spice Food 2020? It takes place on January 16th!

What about the disadvantages? No matter the obvious use for the health of the humans, the specialists recommend not to take a great interest in this sort of the foodstuff. First, it is because of the direct connection between the spicy food and gastritis. The abundance of the burning effect entails the inflammation of the mucous membrane in the stomach. Second, it is the reason for the heartburn. The gastric juice is stimulated to be emitted for too much and then it is thrown into the gullet, especially after the big meals.

Plus, there is an unpleasant breathing when you consume the garlic or onion. Quite embarrassing for everyone around. On top of that, there is an irritation of the gustatory receptors. The constant eating of the spicy dishes interferes with their work and in future, the foodstuff seems plain and poor.

As with any kind of the products, the most important measure is self-control. Don’t surrender to that burning devil in the form of these flavorful powders, they are so evil!

We suggest you buy the favorite of your set of spices and make something really hot to cry at the table and remember of the spice countries in all sorts of the nice words! Be it the Hot Suicide Wings, Phall, Kimchkhi or Tabasco sauce, don’t regret your actions as the holiday is all about that!

Make a firm fixture in your calendar, when is Hot and Spicy Food in 2020, and remember that on that date you’re allowed to be a fire-spitting monster. 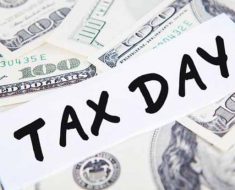 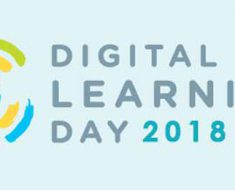