Drug abuse is one of the most dangerous phenomena in the modern world. It’s no secret that narcotic drugs quickly lead a person to moral degradation and loss of physical health. At the same time, the drug business remains the most profitable criminal industry, and the number of those who start using drugs is only increasing, and most of these people are young people and teenagers. In order to strengthen global cooperation in solving this problem and raise people’s awareness, in 1987 the UN General Assembly decided to celebrate June 26 every year International Day Against Drug Abuse and Illicit Trafficking.

How did the idea to celebrate the International Day against Drug Abuse and Illicit Trafficking come about?

It usually seems to us that drug addiction and the drug business are fairly “new” problems that appeared before humanity no earlier than the middle of the last century. But in reality, people have been using opium, cannabis, coca, and other plant-based psychoactive substances for thousands of years. It is known that at the end of the 19th century, 25 million people used opium, which at that time was 1.5% of the world’s population.

In 1906-1907, 41,000 tons of opium were produced in the world (for comparison, in 2008, this figure was 5 times less). Previously, opium was produced on huge territories – in China, Burma, India, Persia, Turkey, the Balkans, while now 92% of the production of this drug is concentrated in Afghanistan. Coca leaves, which are the raw material for cocaine, were grown in the South American region, as well as in Asia (Ceylon, Taiwan, and Indonesia). Currently, coca leaves are produced mainly in three countries of the Andean region – Colombia, Peru and Bolivia.

Despite the fact that at the end of the 19th and the beginning of the 20th centuries, the world drug trade turned into a significant problem, the first attempts at international control over the situation were not easy, because many national economies depended on this industry. It was an extremely profitable business not only for the opium or cocaine dealers themselves, but also for manufacturers, transporters, bankers and, in fact, the governments of countries.

For example, for India, the profit from drug production in 1880 was 14% of the annual budget. In China at that time, there was a real opium epidemic – tens of millions of Chinese had a bad habit, and almost a quarter of the adult male population used opium every day.

Ultimately, under pressure from anti-opium activists, the first conference of the International Opium Commission was held in Shanghai in 1909. Then the International Opium Convention was held in The Hague in 1912, which for the first time developed measures aimed at controlling the production, import, export, trade and distribution of cocaine, morphine and their derivatives.

Since 1920, the League of Nations began to take care of the problem, and already under its auspices in 1925, an amended version of the Opium Convention appeared. Then a system of statistical accounting was added, as well as a ban on the sale of hashish. The following conventions of 1931 and 1936 became the foundation for practical actions that led to some progress in the field of international control of drug trafficking.

Control of illegal distribution and trade

It should be noted that the first international efforts to control drugs were aimed mainly at maintaining the legality of the trade in these drugs when medically necessary. Then the control was extended to the production, and only from the end of the 1930s — to the illegal trade in narcotic drugs.

After the Second World War, the function of control and struggle with this problem was taken over by the UN. The first important document was the 1953 Opium Protocol. The next step was the adoption of the Single Convention on Narcotic Drugs in 1961. In accordance with its provisions, the International Narcotics Control Committee was established in 1968.

1971 was marked by the Convention on Psychotropic Substances, which controlled synthetic stimulants such as amphetamines, depressants including barbiturates, and hallucinogens such as LSD and mescaline.

Support for countries with a low standard of living

In 1972, the United Nations Drug Abuse Control Fund was created to support countries with a low standard of living that lack the funds to implement drug control programs. Its main function was the collection of funds for the implementation of practical measures in poor countries.

In 1987, the International Conference on Drug Abuse and Illicit Trafficking, held in Vienna, recommended the establishment of an annual event dedicated to the importance of combating the problem on a global scale. The proposed date — June 26 — was approved by the UN General Assembly in December of the same year. This is how the International Day Against Drug Abuse and Illicit Trafficking was born.

The Convention against Illicit Traffic in Narcotic Drugs and Psychotropic Substances, adopted by the UN in 1988, supplemented two previous Conventions in the aspect of global opposition to drug trafficking. A real fight against drug traffickers began, which consisted of monitoring money laundering and confiscation of profits from the trade in narcotic drugs. Agreements on the international extradition of drug criminals were also adopted.

Despite constant international efforts, the goal of completely combating drug-related problems has not yet been achieved. In today’s world, there is a direct connection between illegal drug trafficking and the growth of crime and violence. Drug cartels undermine and corrupt government and legitimate businesses, and profits from the drug trade are often used to support bloody armed conflicts in various regions of the world.

International Day Against Drug Abuse and Illicit Trafficking in History

What does the term “abuse” mean in relation to drugs?

This is the constant use of narcotics without a medical prescription. Usually, such use leads to drug addiction, that is, a state of physical and psychological dependence on certain psychoactive substances – natural or synthetic.

How much of the world’s population is involved in drug use?

According to the latest figures released by the United Nations Office on Drugs and Crime, about 270 million people used drugs in 2018, a third more than in 2009. At the same time, 35 million people suffer from drug-related disorders.

What drugs are currently the most widespread?

According to UN drug and crime statistics, the most widely used drug in the world is cannabis, with 192 million people using it in 2018. At the same time, opioids are the most dangerous — the death rate as a result of their use has increased by 71% over the past 10 years.

This happened at the beginning of the 19th century – in 1804, the chemist Friedrich Sertürner isolated an alkaloid from opium, which was named morphine. In the 1870s, heroin and other powerful drugs began to be produced from morphine.

Does the International Day Against Drug Abuse and Illicit Trafficking have a theme?

Yes, each year a main theme is chosen for this event. For example, in 2020 it sounded like “Better knowledge for better treatment”. The topic was aimed at better awareness of drugs and their effects on health, as misinformation can often be found in this area.

How is the International Day Against Drug Abuse and Illicit Trafficking celebrated?

For the most part, all the activities of this day are aimed at educating about the impact of drugs — both on people’s health and on the state of society as a whole. In Ukraine, as in other countries, on June 26, conferences, debates and other forms of public discussions take place. Educational institutions traditionally pay special attention to the event – thematic lessons and meetings with narcologists are arranged for schoolchildren.

Parents of teenagers should also take the problem seriously, even if it seems far away. It is during adolescence that people often get used to drugs, so it is necessary to explain to children all the negative consequences of such experiments.

On June 26, if you wish, you can participate in charity events, fundraisers for rehabilitation programs for those who are being treated for drug addiction. For a better understanding of the latest global drug trends, it is worth visiting the websites of the United Nations and other international institutions, where you can find reliable information on the subject. It will also not be superfluous to share information about the International Day against Drug Abuse and Illicit Trafficking in social networks.

First of all, this day is important as an information campaign for all people, especially for young people. If a person receives a lot of knowledge about the harmful effects of drugs from childhood, the risk that he will want to experience this effect on himself is significantly reduced.

This event also promotes greater tolerance towards those who are being treated for drug addiction. It is no secret that the attitude towards these people in our society is quite negative – it is believed that they themselves are to blame for their illness. However, with the support of loved ones and the state, former drug addicts have a better chance of returning to a healthy life.

This day is also important at the state level, because all UN member countries that have signed relevant agreements and declarations must implement educational projects and rehabilitation programs not only on paper, but also in practice, and stop the illegal distribution of dangerous drugs on their territory. territories This is precisely what encourages the authorities International Day Against Drug Abuse and Illicit Trafficking.

When will we celebrate the International Day against Drug Abuse and Illicit Trafficking?? 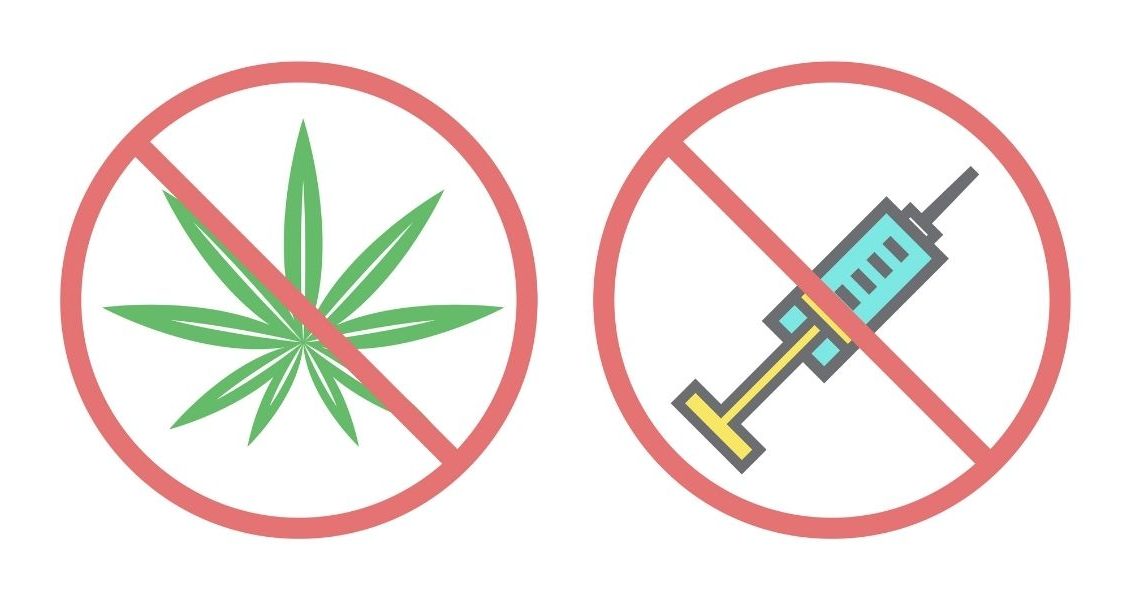 Day of the Ukrainian political prisoner