World or International Sea Turtle Day the world community celebrates June 16. Festive events dedicated to these strange creatures are held annually. Their goal is to draw the attention of mankind to the problems faced by these inhabitants of the sea, as well as to promote the strengthening of measures for the protection of sea turtles. Celebration in 2022 World Sea Turtle Day will take place on Thursday, June 16.

How did the idea to celebrate World Sea Turtle Day come about?

The date of this holiday was chosen for a reason. After all, June 16, 1909 is the birthday of Archie Carr, an outstanding American scientist in the field of ecology, who devoted his life to the study of the life of sea turtles, and also contributed to the protection of their lives.

Thanks to his extraordinary efforts, as well as research on sea turtles and their natural habitats, a huge national park was created in one of the cities of Costa Rica. One of his outstanding works is considered to be “Windy Road”, which deals with various threats to sea turtles. It was this book that became the basis for starting a movement to protect sea turtles in Costa Rica. Today, this organization operates throughout the Caribbean.

Celebration World Sea Turtle Day takes place under the leadership of a solid international organization for the protection of wildlife, which is called the World Wildlife Fund. This structure deals with the protection of wildlife and endangered species. WWF has offices in various countries and promotes the creation of the most harmonious relationship between nature and humanity.

Sea turtles are represented by 7 species that are known today. But almost all of them are under threat of complete disappearance. These creatures are slow and clumsy when it comes to land. But as soon as they get into the water, they immediately spread their fin-like limbs and begin to elegantly glide in the water, which beautifully flows around their smooth shell. When a turtle is active, it needs a lot of oxygen. Therefore, the animal often emerges from under the water to breathe. However, when she is at rest, her metabolism slows down and she can stay in the water for one to several hours.

Hundreds of thousands of representatives of this species arrange a real action of “arribada” (translated from Spanish “arrival”) on the shore of the sea or ocean. Mating takes place in such a gathering. Some species of turtles regularly gather in the same place, for example representatives of the Ridley – Atlantic turtle, mate for reproduction on one of the beaches of Costa Rica.

In general, females reach their sexual maturity before the age of thirty. That’s when they make a lot of effort to get to the beach where they come from, to lay their eggs there.

The period of mating and nesting in different species occurs differently, it can be 1 time in 2 or 1 time in 4 years. Sea turtles mate in the water near the coast. The female receives such a volume of sperm that can be used for several clutches of eggs. Some eggs may be unfertilized, but few. Eggs are laid in the sand, then the incubation period begins, its duration reaches 2 months. However, small seashells may hatch earlier if the sand in which the eggs are found is warm enough.

Before laying eggs, the female chooses a place and digs a hole in the sand up to 50 cm deep. The eggs are laid in this hole. She covers the masonry with sand and carefully tamps it. This ends the care of offspring. The turtle goes to the sea, where it lives its own life. Before hatching, baby sea turtles pierce the egg shell with the help of a special tooth. They can get out even from a fairly deep layer of sand.

On this day, all fans of wild nature have the opportunity to get to know the life and problems of these strange creatures. Events are held in schools and other educational institutions, where students are introduced to the peculiarity of the life of sea turtles and the need to protect them. At the regional level, exhibitions are held with the participation of these animals.

Today, sea turtles are under threat of extinction. They suffer from the consequences of human activity: they get entangled in nets, they die from plastic garbage and the destroyed natural habitats of their habitat. Both the turtles themselves and the nests with their eggs become prey for poachers. Thanks to this holiday, we can understand how humanity can change the situation for the better and save endangered species.

When will we celebrate World Sea Turtle Day?? 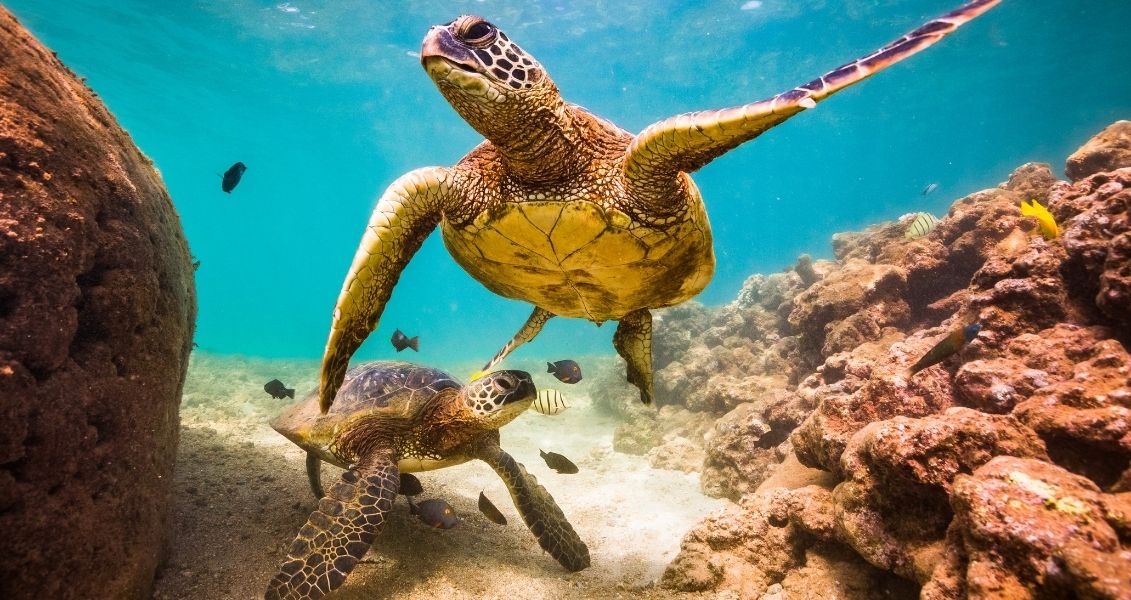