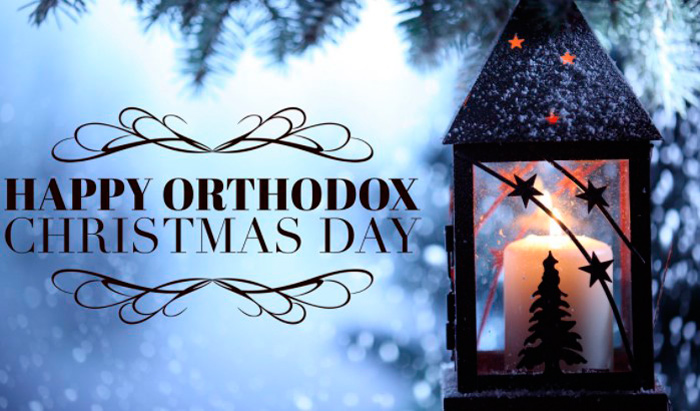 When is Orthodox Christmas Day in 2022? Can you answer this question? – Well, we are almost sure that you are going to reply yes. The matter is that this special occasion is considered to be a well-known one all around the planet. And sometimes it is not even important to what religious confession you belong. The greatest part of contemporary men and women know that there are two holidays of this kind. Today we are going to investigate the Orthodox variety of Christmas. Would you like to join?

Talking about the matter what day Orthodox Christmas Day in 2022 is, we can’t but mention the historical background of the event. In practice there are two kinds of Christmas all around the planet. Literary, they are divided in Catholic and Orthodox ones.

In 1582, a new calendar was introduced for all Catholic Christians by the bill of Pope Gregory XIII, named by the name of Pope Gregorian. It was considered to be more accurate than the Julian one. The fact is that the error of the Julian calendar led to the fact that the actual time of the vernal equinox ceased to coincide with the calendar, which had a negative effect on agriculture (based on the calendar, the farmer had to correctly calculate the time of sowing).

But the Orthodox Church rejected the Catholic proposal to accept the calendar of Pope Gregory XIII and remained true to the Julian calendar. According to the Church of Constantinople, the new calendar did not comply with the canonical rules for the celebration of Easter, approved by the First Ecumenical Council of Nicaea in 325, since the transition to the Gregorian style created the danger of coincidence in the celebration of Christian and Jewish Easter.

The date of January 7, as the birthday of Christ, appeared the adoption of the reckoning according to the Gregorian calendar. Then again, the Orthodox Church did not want to accept the innovations, remaining in the old style with a difference of 14 days. So Jesus Christ, the son of Joseph, had a second date of birth – Orthodox.

What does Orthodox Christmas Day mean? – Frankly speaking, we don’t know for sure whether this occasion means something special for you or not. Under this condition everything depends of your belief. As it has been already mentioned above, this holiday can be kept in any part of the world where there are the representatives of this confession. We don’t know you personally and it means that we can’t even predict your attitude to this theme. You may be Orthodox, Catholic, Greek Catholic, representative of Oriental beliefs or even an atheist. All in all, in the 21st century it is only up to you to decide what to choose or even to choose nothing.

As a rule, at this special occasion people are glad to participate in different events. They have used to go caroling. Caroling is considered to be an old tradition. In accordance with it, the participants have to go from house to house, singing songs and wishing good luck. There is a particular performance, where every person plays his or her role. These roles usually include such characters as Goat, Herod, Shepherds, Kings, Jews and even Death. Death is generally an extravagant character. At night, as you will see, you can be scared. Everyone has masks and you will never know whether they are familiar under them or not. But with the Jews should be especially careful, otherwise it will lure you all the money.

Moving from house to house with the news of Bethlehem shepherds, the people glorify the advent of the Savior into the world, which show the only way to real happiness – through love for others, opened the doors of mercy and compassion.

Discovering the matter “What is the date of Orthodox Christmas Day in 2022?” we found a lot of amazing pieces of information. Today we are going to share some of them among our followers.

First of all it should be mentioned, that the celebration always begins to be celebrated on the sixth of the first winter month, January, on the so-called Holy evening. An evening meal becomes the very end of a strict forty-day Advent. It’s customary for the whole family to gather together at the brightly decorated table immediately just after the appearance of the very first star in the dark starry sky. Following the legend, it symbolizes the Star of Bethlehem, which informed the shepherds about Jesus’ birth. Be sure to have twelve dishes on the table. Why did these people choose this amount? – The explanation is quiet simple in fact. They did it in honor of the twelve apostles. The main dish on the fasting meal has a particular name. It is called kutia, and is a wheat or rice porridge, which is usually mixed with raisins, poppy seeds, some honey and nuts. Uzvar is a traditional drink. It is nothing but compote cooked from dried fruits. On the seventh of January, guests go only to relatives, and also to carol.

When is Orthodox Christmas Day in 2022, calendar will surely remind you. As a rule, there are no difficulties with memorizing everything properly. The special occasion is considered to be popular in many corners of the planet, so you will be reminded from TV programs, posters along the streets, shop sales and bright holiday decorations.

The main tradition, of course, is the fasting, which lasts 40 days. During this time, the Orthodox Christian does not bother to eat meat and dairy products. Their diet is based mostly on vegetables and fruits. It is believed that only through physical cleansing during this period the soul sins can be cleansed as well.

Orthodox and Greek Catholics at Christmas have one night church service, which immediately rules the Great Compline, Matins and Liturgy. Meanwhile, believers of the Western rite serve three Christmas masses separately – at night, morning and afternoon, which symbolize the birth of the Savior in the bosom of the Father, in the womb of the Virgin and Jesus in the soul of every Christian.

However, in its turn, like any other religious holiday, the celebration has its own list of prohibitions that must be observed in the case you are going to spend the holiday correctly.

Investigating the matter “What is the date of Orthodox Christmas Day in 2020?” we came to the conclusion that there are a lot of matters that should be represented to our followers. As you have already known there are a lot of traditions devoted to this special occasion.

However, not all contemporary people have ever heard about the things that they shouldn’t do during this period of time. Today we are going to talk about them. We have collected the most important prohibitions that cannot be done on this special occasion:

🏺 When is National Cherish An Antique Day 2020