Beauty is certain features of objects or living beings that make them pleasant to perceive. We see beauty everywhere – in people, in flowers, in sunrises, in works of art. Beauty is the main subject of aesthetics — one of the important sections of philosophy, and it is also one of the three fundamental human values, along with goodness and truth. Cosmetologists, stylists, hairdressers and other specialists work on human beauty. Every year on September 9, they all celebrate their professional holiday, because this day exists International day of beauty. The event not only emphasizes the important role of the beauty industry in the modern world, but is also dedicated to beauty in all its manifestations – from external to internal.

How did the idea of ​​celebrating the International Day of Beauty come about?

Among the cultures of the ancient world, Egypt is the leader in spreading the concept of beauty. Both women and men there used cosmetics, perfumes, applied make-up and diligently took care of their bodies. All this, in their opinion, not only improved appearance, but also magically influenced fate.

The Egyptians waxed the body, and soap paste was made from clay and olive oil, which, along with cleansing, nourished and moisturized the skin. The rejuvenating milk baths of the legendary Queen Cleopatra are also known. Natural substances and dyes, such as ocher or henna, were used as make-up agents, while black eyeliner contained poisonous lead.

In Ancient Greece, beauty was also valued, as evidenced by works of art and philosophical treatises on this topic. The Greeks believed that physical beauty is directly related to inner beauty, and therefore beautiful people have moral virtues, while ugliness and unkemptness were considered signs of barbarism. It was in Greece that the formula of the “golden ratio” was invented, which connected all beauty, including human bodies and faces, with symmetry and balance.

The beauty standards of the ancient Greeks can be seen in the images of the goddesses and gods of the Greek pantheon, and among earthly women, the ideal of beauty was considered to be Helen of Troy, who had golden-red hair and blue eyes. In body and face care, the Greeks traditionally used olive oil, honey and wax, as well as plant tinctures. Among the means of decorative cosmetics were various hair and eyelid dyes, rouge and wigs.

In the Middle Ages, people perceived the body only as a container for the soul, so displaying physical beauty was considered a sin. Under the condition of closed clothes, the main criterion of beauty was the face, which had to be thin, pale and high-browed, so cosmetics were intended mainly for skin whitening, while containing toxic components. The Renaissance brought different ideas – healthy people were considered beautiful, so the beauties of those times had an average build, a healthy blush and white skin. Italy and France became the main centers for the production of cosmetics at that time.

Until the 19th century, caring for beauty was an individual matter for everyone, and only wealthy ladies had special maids who took care of their hair. But as a result of the industrial revolution, women began to enter the labor market en masse, so taking care of their bodies became one of those activities that allowed them to have their own business. The first beauty salon in history was opened by a woman – the American Martha Harper. This happened in 1888, and later the network grew to several hundred salons and educational institutions “Harper Method”.

The beauty industry in the world developed quite rapidly and many real professionals appeared in it. In 1946, specialists in cosmetology and aesthetics gathered in Brussels for their 1st World Congress, where 7 countries were represented – Belgium, France, the Netherlands, Switzerland, Hungary, Poland and Sweden. The first president of the newly created International Committee of Aesthetics and Cosmetology (CIDESKO) was Jacques Poirson, a teacher of aesthetics from Paris, who was the author of the idea of ​​this professional association.

The very next year, the 2nd World Congress took place, which approved the first branches of the organization, opened in Austria, Belgium, France, the Netherlands and Switzerland. In 1950, a branch appeared in Italy, 3 years later – in Germany, and in 1955 the list of members expanded due to the countries of Northern Europe.

In 1957, cosmetology schools were opened in several countries, and within a year they began to issue the first diplomas. Over time, CIDESKO schools added new qualifications — SPA and management in the field of beauty, as well as a cosmetology product certification program. Soon after, CIDESKO launched competitions for cosmetologists with professional experience and young specialists.

The 31st congress of the organization, which took place in 1977 in Monte Carlo, became special because it was opened by Princess Grace of Monaco, expressing her approval and interest in the activities of CIDESKO. In 1993, the committee presented its printed edition – the magazine “CIDESKO LINK”.

The main goals of CIDESKO are to establish and maintain the highest standards of beauty and care, promote aesthetics, promote the exchange of professional knowledge and create certified training centers. In order to popularize its principles among the population and draw people’s attention to the beauty sphere, in 1995 CIDESKO established the annual International Day of Beauty, choosing September 9 as the date of the event. Now CIDESKO is represented in 40 countries of the world by schools, beauty salons and SPA-centers with certificates and qualifications recognized everywhere.

International day of beauty in history

Frequent Questions and answers about the International Day of Beauty

What proportions are associated with the beauty of the face?

Does a person’s beauty really affect their career?

In 2005, in the United States, a study was conducted that showed that beautiful, slim and tall employees earn about 5% more than their colleagues with an average appearance – psychologists attribute this to self-confidence, which is characteristic of handsome men and beauties.

What is the size of the global cosmetic market?

Which of the famous people of the past is included in the list of the most beautiful?

What procedures in beauty salons are in the greatest demand?

How to celebrate the International Day of Beauty?

On this day, we should pay attention to everything beautiful that surrounds us, including the beauty of nature. Therefore, it is appropriate to go to the park, outside the city or to the shore of the river or the sea, enjoy the beautiful scenery and take a few photos, considering that fresh air makes the complexion brighter.

But beauty is inherent not only to large-scale objects – we often encounter it when we see a small kitten, a smile of a loved one, dew drops on the grass. To notice the beauty in everyday little things is a very useful habit that should be developed in yourself, because thanks to it, life is perceived more positively.

A more traditional way to celebrate this holiday is to visit a beauty salon, get a new hairstyle, manicure or healthy body treatments. For those who are not very fond of salons, you can organize a beauty holiday at home — dedicate a day to self-care, learn something new, for example, facial massage, or try out the make-up of a magazine cover model. Beauty contests at all levels are often dedicated to September 9, so if one is held somewhere nearby, you can attend it as a spectator and fan.

International Beauty Day is also considered a professional holiday, so it is necessary to congratulate your acquaintances hairdressers, stylists, cosmetologists, designers, fitness instructors, plastic surgeons, models, photographers – everyone who helps people become beautiful or professionally demonstrates beauty. And on this day, it is customary to give compliments to acquaintances and even strangers, noticing nice clothes, a bright smile, beautiful hair — everything that makes a person’s image harmonious and attractive.

Postcards and greetings for the International Day of Beauty

There are people who believe that it is not necessary to strive for external beauty, because the inner content of the personality is much more important. It is difficult to disagree with this, but if the first impression of a person is spoiled by sloppiness, an unsympathetic facial expression, ugly gestures, then it is difficult, and often even impossible, to correct it.

Therefore, the International Day of Beauty reminds us that taking care of our own beauty is useful – it gives more chances for successful communication, regardless of whether it is a personal relationship or a business one. In addition, by trying to be beautiful, we also show mutual respect in this way, because everyone is happy to see well-groomed and nice people next to us.

Also, this event encourages you to learn more about new trends in the beauty industry, many of which have appeared recently. For example, this business is now focused on the individual needs of each client and personal recommendations according to the analysis of the condition of the skin or hair. Some companies have already launched services and applications that demonstrate what a specific person’s face will look like after proper care.

Changes in the modern beauty industry also affect the perception of age — beauty is no longer considered to belong only to the young, the assortment of cosmetics for the older generation is growing, and models aged 50+ are increasingly appearing on the covers of fashion magazines. Even gray hair is no longer a sign of old age — on the contrary, it is a fashion trend. “Beautiful health”, that is, the promotion of a healthy lifestyle, proper nutrition and sports activities, also belongs to the main modern concepts of beauty, which helps people not only look good, but also feel great.

When will we celebrate International Beauty Day?? 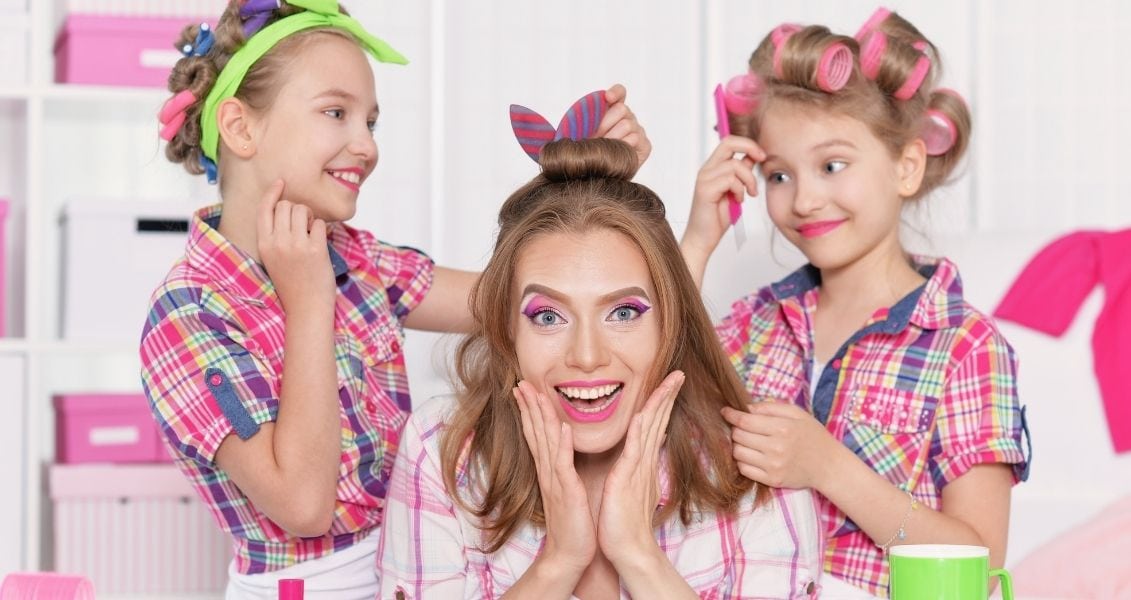 International Day of the Deaf

International Day of Remembrance of Victims of Road Accidents