Origami Day is celebrated every year on November 11. This day is not an official and well-known holiday, but it definitely deserves attention. Origami is a type of decorative and applied art; the Japanese art of assembling figures from paper without the help of scissors and glue. Types and techniques of origami: simple origami, modular origami, pattern folding, wet folding.

How did the idea to celebrate World Origami Day come about?

The technique of origami originates from ancient China, where, in fact, paper was invented. However, in Japan they learned how to make better quality and stronger paper that could withstand several thousand folds.

However, folding traditions also existed in China, Germany, Korea and Spain. In Europe, there was a custom to draw up baptismal certificates in a certain way, there were the following models: Spanish Pacharita, huts, hats and boats.

World Origami Day was established by the Japan Origami Association in 1980. The holiday is connected with an important historical date – the day of the end of the First World War, which officially ended at 11 o’clock on November 11, 1918. November 11 was the first day without a war that had been going on for four years. It is interesting that the four units that make up this date symbolize the four sides of the square that make up the figurines. By the way, the number 11 is considered lucky in Japan and in numerology.

The whole world called the figurines simply “folding paper”, and the original name was introduced by the American Lillian Operheimer. It was Lillian who spread this form of art in the West in the 60s of the 20th century, creating the organization OrigamiUSA. As a thank you, the Japanese decided to start National Origami Weeks on Lilian’s birthday, October 24, with the last day being Origami Day.

What is Origami Day?

The world day in honor of the type of decorative and applied art of assembling figures from paper.

What does the word “origami” mean?

The term “Origami” combines two Japanese words, which are translated as – breaking paper.

To make origami instructions clear, the Japanese Yoshizawa Akira and the American Samuel Randlett in the middle of the 20th century figured out exactly how to draw these diagrams so that they were clear.

What paper do craftsmen use to create figurines?

Vasi is a special paper made by hand. However, for everyday origami classes an ordinary square sheet of paper will also do.

The most famous figure is origami Crane (Tsuru). In Japan, it is believed that this bird brings happiness. One of the most valuable gifts is Senbadzuru – a thousand multi-colored cranes strung on strings. They can be given at a wedding to the newlyweds – for a happy married life, or to a friend who fell ill with the wish for a speedy recovery.

How to celebrate World Origami Day?

World Origami Day in Japan has a symbolic meaning, because this date is associated with the end of the war. A Japanese paper crane, made in the origami technique, which is considered an attribute of peace of mind and peace, became a symbol of peace. As we already know, the Japanese respect the symbolism and magic of double numbers, so November 11 is an important day in the country.

Origami Day is a great opportunity for cultural interaction between connoisseurs and professionals with ordinary people who love art. Society has the opportunity to honor history, communicate and remember how good it is to live in peace.

When will we celebrate World Origami Day? 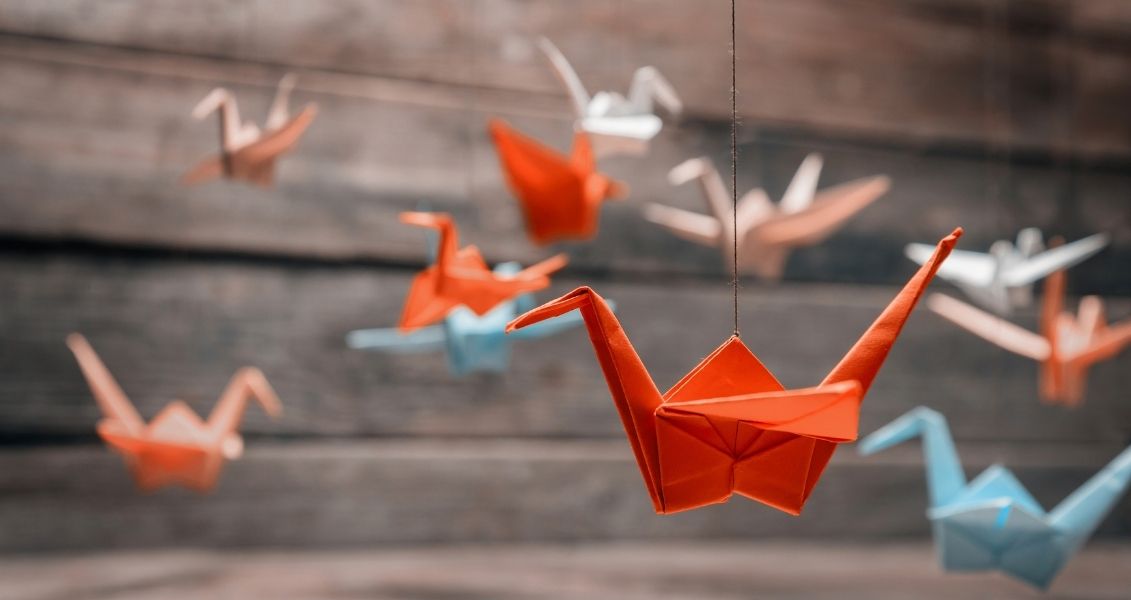 🌄 When is National Geographic Day 2020

Cathedral of the 70 Apostles