Aerial snakes (they are also called “flyers” or “kites”) are the oldest known flying machines, which have been used by people for various purposes for thousands of years – to please the gods, deliver messages, raise flags to the sky, forecast the weather, send radio signals. Today’s kites are used mostly for fun, as a folk tradition and as a sport, but it is important to remember that from the very beginning of their history they were the harbingers of airplanes. Proof that kites still arouse curiosity and fascinate people in different countries is a special holiday — World Kite Daywhich is celebrated every year on August 16.

All holidays and events for August 16

How did the idea to celebrate World Kite Day come about?

According to one version, the first kite was made in China about 3 thousand years ago. For this, the Celestial Empire had all the necessary materials – light silk fabric, strong ropes, as well as elastic bamboo for the frame. At first, Chinese airplanes were rectangular, decorated with mythological images, and some were equipped with special strings and whistles to make music-like sounds in flight.

There is documentary evidence that in 200 BC a Chinese general from the Han Dynasty used kites as a means of determining the correct distance. Ancient Chinese legends say that flying kites were used to set off fireworks to scare the enemy’s army, as well as to send scouts into the sky before a decisive battle.

According to another version, kites may have first appeared in Malaysia, but the fact is that they quickly spread throughout Asia. Among other peoples, they have acquired different uses – among other things, as a new way of fishing, a means of scaring birds away from crops, a lifter of building materials, in the end, just as an interesting pastime.

In some countries, the kite has acquired a religious meaning – for example, in Korea, kites were launched for newborn children and they believed that all failures and troubles would fly away from the babies with them. In Thailand, kites were used to propitiate the gods during the rainy season, asking them not to flood the fields.

Sometimes kites were used with bad intentions – according to a Japanese legend, one thief tried to climb the roof with a kite in order to steal a golden statue from the top of the palace. However, the plan did not work – the intruder was seen by the guards and severely punished. It is believed that kites came to Japan from China with Buddhist missionaries in the 7th century, and from there spread throughout the Pacific region.

The journey of the Kite from Asia to Europe

Kites were brought to Europe by travelers from Asia. For example, Marco Polo, returning from China, left very precise records, dated 1295, in which he described the construction of kites and the method of launching them. But much earlier – in the year 907, during the campaign of Prince Oleg of Kyiv to Tsargorod, a large number of flight attendants in the form of riders on horses were made. One can imagine the terror felt by the enemy army when they saw a countless Ruthenian army descending on them from the sky.

In the German military manuscripts of 1405 there is an image of a kind of military standards in the form of kites. Another text, dated to the year 1430, is an instruction for making kites from parchment. The painting, painted by an unknown Dutch artist in 1618, depicts children launching a diamond-shaped kite into the sky.

However, over time, kites in Europe have turned from children’s entertainment into a scientific instrument. Scottish scientist and meteorologist Alexander Wilson in 1749, while investigating temperature fluctuations in the atmosphere, raised thermometers to a height of 900 meters with the help of a kite. Three years later, Benjamin Franklin used a kite to demonstrate the electrical nature of lightning.

The British George Cayley experimented with kites during 1799-1809, trying to create a flying machine that could transport a person. Eventually, the aviators helped Kayla transition to gliders, and her first successful human flight lasted 40 seconds. In 1826, the inventor George Pocock patented a kite on four cables for towing a wheeled crew, which, thanks to such a “sail”, developed a speed of up to 30 kilometers per hour.

In 1887, meteorologist Edmund Archibald took the first aerial photograph using a kite, and since then this cheap method has become widely used. During the First and Second World Wars, kites were used as a means of observation, especially for enemy ships. On British and Australian aircraft, the kite was part of the standard set of life rafts – it was used to raise the antenna of the emergency transmitter, and also as a sail.

In the 1960s, dual-control kites appeared on the market, and in 1972, Peter Powell’s famous diamond-shaped model with a long tail. This design is still very popular, only the materials are becoming more modern. Recently, the popularity of kites is growing. This is mainly due to the development of sports models that can fly at a speed of more than 100 kilometers per hour. For example, a kite in the shape of an airplane wing, which has incredible lifting power and can move in an arc against the wind – this is the model used in kiting – riding a board on water.

What differences do kites have in terms of shape and construction?

Air snakes are divided into framed and frameless. Frame ones, in turn, consist of such varieties as rectangular, diamond, box, delta, delta-box, rokkaku. Each of these types of gliders has a different lift and is designed for use in different wind conditions. Frameless snakes have a three-dimensional structure, are large in size and are characterized by twice as much lifting power as frame ones.

Are there countries where flying kites is prohibited?

Such a ban existed in the homeland of kites — in China during the Cultural Revolution. At that time, people were threatened with imprisonment for three years for flying kites. Even earlier — in 1760 — the Japanese authorities banned flying for a while, believing that this pastime distracted the Japanese too much from work.

How do you catch fish with a kite?

This fishing technique involves a kite from which a baited line is lowered. The kite flies above the water, and when a fish is hooked, it lowers, allowing the fisherman to retrieve the prey. You don’t need a boat for this kind of fishing, and thanks to the kite, you can fish in shallow water and in coral reefs.

What was the largest kite in history?

In the Guinness Book of Records, the largest kite is registered with a length of 25.475 meters and a width of 40 meters. This giant soared into the sky over Kuwait during the festival on February 15, 2005.

Which annual kite festivals are the most famous in the world?

How to celebrate World Kite Day?

It’s great to be able to attend one of the kite festivals – it’s the best way to celebrate the holiday. An incredible spectacle of hundreds or even thousands of bright snakes in the air, a special atmosphere, new acquaintances – all this will remain in the memory for a long time. But if it is not possible to visit the festival on August 16, it is not a problem – you can plan a trip for the future, because in different countries such festivals are held at different times.

However, you can celebrate World Kite Day and at home – make it yourself or just buy a kite in a store and go for a walk to the park or out of town. Surprisingly, simple leisure time in the fresh air with a rope in hand and a flying snake in the sky perfectly “resets” the psyche, relieves tension and even promotes the emergence of unexpected ideas.

It is very appropriate to take children on such a walk, because for them flying a kite is a rather rare pastime and an interesting experience that will be nice to tell your friends about. In addition, you can arrange a small picnic, calmly chat and laugh together. Then the kite holiday will also be associated with warm family memories in children.

Some people wonder why, in the age of high-tech drones, ordinary flying remains a popular pastime, and World Kite Day is a favorite holiday for many people, both children and adults.

In fact, kites have a number of advantages, and it is obvious for true enthusiasts. First of all, it is the “non-technological” nature of kites that arouses sympathy, because the simplest of them can easily be made by yourself – from newspapers and masking tape. Mechanical control, without the help of any screens or joysticks, allows you to “feel” the flight of the kite, and this connection is similar to that between partners in a dance.

On the other hand, we have now learned how to make such kites that can fly even in windless weather or in very strong winds. A lot of scientific knowledge and technical achievements have been invested in high-quality modern products, from carbon frames to high-tech sail fabric and special geometry – all this should contribute to the real pleasure of launching such an airplane.

Kites fly silently, because they do not have engines that make loud noises. Only the sound of the wind in the treetops and the light rustling of the rope is a real rest for our ears in today’s extremely noisy world. In addition, kites are endless possibilities for creativity. You can choose a kite of any shape, and then paint it to your taste – in the colors you want to see the world in.

When will we celebrate World Kite Day?? 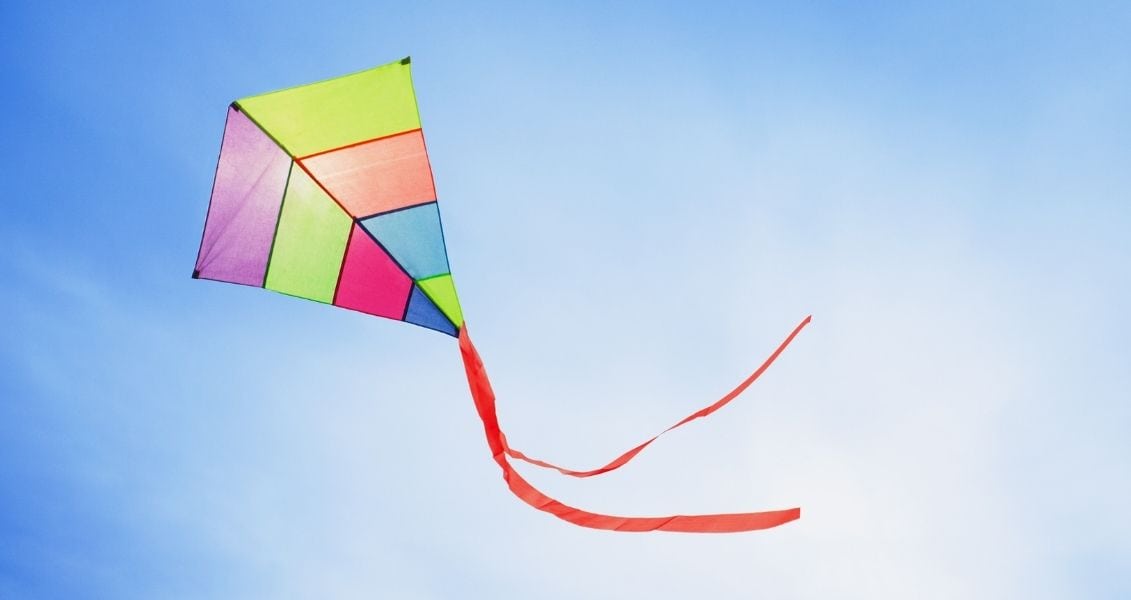 Day of the holy great martyr and healer Panteleimon