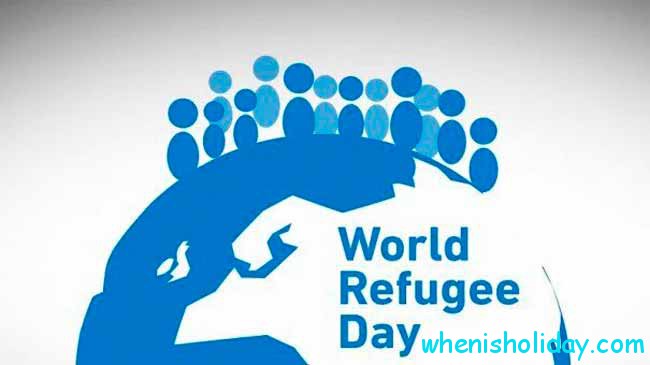 Could you answer the question “When is World Refugee Day in 2022?” without thinking, i.e. immediately? Unfortunately, as a rule, contemporary people in civilized corners of the world can’t do it. And, of course, it is not a good thing, because all around the world various part and regions have celebrated their own memorable days or in some cases even weeks devoted to the refugee problems. This event is really so important, that everybody should remember about it. Among the most famous dates there is one, which called Africa Refugee Day. Nowadays it is kept in many planet corners on June 20.

Showing its sympathy to the distant African continent, where the contemporary potential refugees usually live in the greatest amount, the General Assembly of the well-known UN Organization unanimously adopted a special resolution. It happened at the very beginning of winter, exactly on December 4, 2000. This document was considered to be something like traditional representation of the generosity.

Discussing the historical background of the question “When is World Refugee Day 2022?”, we can’t but mention the Assembly’s decision to celebrate this important beginning from 2001 on the day, which was mentioned above.

What does World Refugee Day mean? – Frankly speaking, it’s impossible to answer this question in few worlds. It is thought that the existence of this occasion is a necessary celebration organized in order to demonstrate strong will and bravery of the refugee, living all around the Earth. But it is not only courage in many dangerous and difficult situations, it is a result of real struggle. There poor people have a will to start a new life and to become productive members of society in a complex and unusual circumstances.

During 2015 the EU member states met, according to various estimates, from 1 to 1.8 million refugees and illegal migrants, who were looking for better life for them and their families. In order to compare, you should know that in 2014 there were about 280 thousand of them. Unfortunately, the migration process was accompanied by numerous human victims. The most part died in the Mediterranean Sea on their way to Europe. The series of maritime disasters were really impressive. It happened so that several overloaded boats sank. They were carrying more than 1,200 migrants from different African corners.

According to statistics, given by the UN Agency for Refugees matters, in 2015 it was registered 59.5 million internally displaced persons worldwide. About 19.5 million people received refugee status, 10 million were called like stateless ones. All in all the general quantity of these men and women is really astonishing. And, perhaps, that is the main reason, why we should know the answer to the question “What is the date of World Refugee Day 2022?” well. As you can see, the knowledge of these facts would be rather polite. In the modern society it is considered to be rather important to remember and to help the poor people, who lost their jobs, native surrounding and places for living.

As to the statistical data, 80% of all refugees on the Earth are represented by women and children. On this very day, we pay a required tribute to the desires and wills of mothers and wives who have to look for special places for their families. As a rule, these people suffer terribly from difficult life conditions.

By the way, under international law, refugees are humans who can not or do not wish to come back to their countries or their native territories. The reason is quite obvious: all these men and women have well-founded fear of being persecuted there.

We can’t but mention that in accordance with the tradition each year this date is dedicated to a specific theme. Thus, the events have had different mottoes, the most popular of them are “A place, which can be called a home,” “Supporting the hope flame,” “Real need for real people” etc.

In 2022 World Refugee Day will be dedicated to small migrants, who’re traveling without parents.

Nearly two-thirds of all people belonging to this category in the world are considered to be so-called to be internally displaced. These are humans, who move to safer areas within their own states. The main reasons are usually armed conflicts in their native regions, which often last for years and do not allow people to return to their native homes. In 2015, UNHCR registered nearly 41 mln. of these people and they need attention, support and help. For example, last year in Yemen there’re  2.5 million people, which is nearly one in ten of the citizens. In Colombia there’re  6.9 mln. in South Sudan – 1.8 million people. As a result of the ongoing armed conflict in eastern Ukraine, about 1.6 mln. people had to leave their native places and went to other regions of the state.

Unfortunately, there’re no any special traditions for those, who want to celebrate this day properly. It’s just the period, when we have one more opportunity to remember about the problems of these poor people. 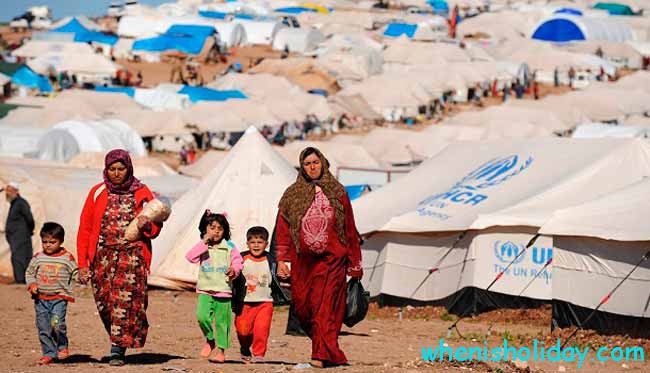 It is even difficult to think about the real volumes of this trouble. By the way, believe you or not in 2015, 51% of all world refugees were children under 18 years old. In accordance with the UN Convention on the Children Rights and UNHCR directives children refugee need special protection. About 100 thousand children and teenagers start their escaping alone or sometimes it happens so that they’re separated from their parents on occasion. In Germany, for example, under-aged refugees who arrived unaccompanied, are under the responsibility and the protection of special organization, which appoints legal guardians for them.

This day the representatives of many companies prefer to send generous sums of money to refugee camps. They also check the conditions of their living.

When is World Refugee Day in 2022, calendar will help you not to forget, but in order to understand all the volumes of the problems, you have to know the answers the next very important questions:

According to the data, received from the Authorities of the UN High Commissioner for Refugees (UNHCR), the total amount of refugees is up to 65.3 million people worldwide. Among them, 21.3 million were looking for better life abroad, as a rule, in the neighboring countries. Statistically nowadays every 113th person on the planet is thought to be a refugee, asylum seeker or internally displaced person within the own country. Unfortunately, many of them have been living in special refugee camps for years.

More than a million refugees from Africa and the Middle East usually reach Europe across the Mediterranean Sea. But as a rule they don’t stay in the coastal countries. They move into the direction of the neighboring countries. It occurs that Turkey has had the largest number of refugees. It is followed by Pakistan, Lebanon and Iran. All in all 86%  refugees’ looking to the safe life in the southern countries, mainly – in the developing countries. No matter that their citizens know for sure what day World Refugee Day in 2022 is.

The main reasons for movements are represented by armed conflicts and wars, including the civil ones. Moreover it can be a persecution as to the ethnic grounds, as well as persecution for political or religious reasons or because of their sexual orientation. More and more people are usually forced to escape as a result of various criminal gangs and organized crime. That was the reason for 110 thousand people, who have to run from the rising violent crime to neighboring Mexico and the US.

International Day of Remembrance for the Victims of Slavery and the...

International Day of Survivors of Suicide