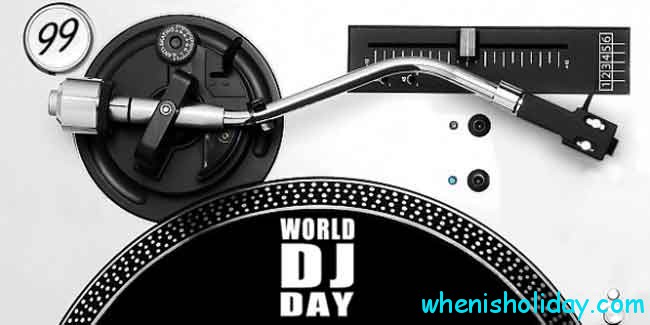 A person who makes you feel relaxed and fun is worth of praise and comprehension. These people can easily make you laugh and dance. If you want, you can find them in the disco-parties or listen to their radio shows. These people are DJs. They may feel satisfaction from their work. Try to pay attention to these persons by celebrating their professional day. There are two dates when people can pay attention and appreciate these people’s work. One date is observed throughout the world. Another occasion is celebrated in honour of the most famous American Disc Jockey. When is National DJ Day in 2020? How is it celebrated?

The history of the profession began in the first half of the 20th century. The first DJ is considered to be Ray Newby. The man was 16 when he used to play the records of the airwave. He was a student then. The first experience of this profession took place in 1909. Later other men used to make such radio shows.

In 1921 the person was born who was to become one of the most famous DJs. He started to work at WAKR in 1945 as a radio anchorman. The company was situated in Ohio, in Akron. He was Alan Freed or Albert James. The man presented the records which were in rhythm and blues style. Nowadays people know this style as R&B music. He got a great audience.

In the 50s of the 20th century the man lived in Cleveland where he worked for WJW. The man’s work was famous for his good attitude to any record without any regard to the performer’s race. It meant that he didn’t take part in the common despite to black people what was unusual for those times. Other stations preferred not to record these performers.

Alan Freed gave one of the music styles the name “rock and roll”. He proposed the name to the music which seemed to roll and beat. This term wasn’t new though it was used as a synonym for sex. It didn’t concern music at all. Nevertheless, the DJ used it in his radio programs.

Alan Freed proposed the first so called rock concert, the “Moondog Coronation Ball”. It was to take place in 1952 in the Cleveland Arena. The show was shut by the police. Nevertheless, it had to become the real success.

The next years were spent in making concerts and uniting different social layers of the American youth. The men organized “Rock ‘n’ Roll Party” in New York, the night show. The man also was an organizer of many concerts which were visited by white and black young people.

Freed’s deeds became unpopular among representatives of religious groups, press and parents. These layers considered themselves as his enemies. The man was called as the chief instigator. This title was given by The Daily News.

The increase of his popularity can be explained not only by the music he recorded. The men participated in many performances, musical films. The man even was a host in The Big Beat, a TV show for ABC. In 1958 the man was arrested in Boston. He was accused for inciting a riot during the concert. A year later Freed was fired. Later he was judged for commercial bribery. The end of his life is known as a period of the lack of popularity and money. The man died when he was 43 years old. It was proposed to observe the date of his death. “What day World DISC JOCKEY Day in 2020?” The occasion is on the 20th of January.

What does National DJ Day mean for DJs and their public? The occasion tends to be one of the most important events in the world of music and radio. The day was initiated to pay attention to the work of people who give joy to the public at any time at night and day.

The occasion was made to praise the work of radio DJs and specialists who entertain crowds of young people at the disco floors. The day is interesting for every DJ in the world. He or she may be a superstar or the beginner. Nevertheless, it’s important to understand the value of the profession. The best aim of these professionals is to follow the idea of entertainment.

Every DJ is a person who provides a good mood and a good taste. He is a supporter of the main idea of the generation. A real professional can give people the willing to relax. DJs are the first promoters of the disco records. They make club mixes. The best examples of them usually become very popular across the world. Some DJs are proposed to make a video on a successful record.

The name of the holiday is an easy thing to understand. People know the definition of the term despite nationality and country. The majority of people, especially in big cities, often attends disco-parties and dance at different clubs. That’s why they don’t need any explanation as to the meaning of the occasion.

The people try to visit clubs on the day. They also try to congratulate their friends with this event. Even if you have been to a disco party, you are surely have listened to the radio. Everybody has a favorite commentator who can entertain a person in the best way. He is also a Disc Jockey. He is to be wished the best working day.

The term “DJ” or “Disc Jockey” was proposed by Walter Winchell who was a radio commentator. He proposed the term. Nowadays dictionaries describe this specialist as a man or a woman who proposes music records at a club or on the radio. Besides, a Disc Jockey can choose and play music at special events. He entertains people at their wedding and birthday parties. He proposes them the best and funniest music according to the tastes of the crowd and a style of a party or a club.

What is the date of National DISC JOCKEY Day 2020? The event is observed on the 20th of January. 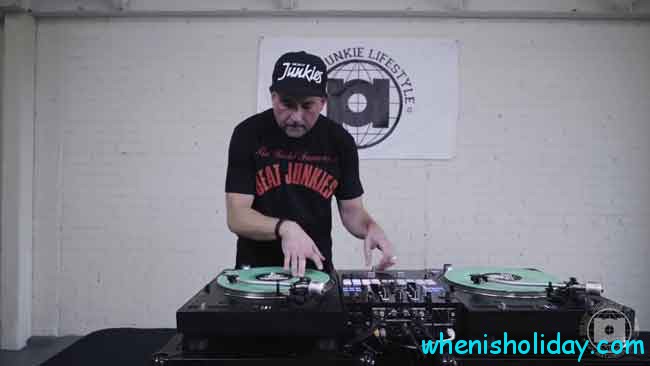 Disc Jockeys are always at work, even during their professional holidays. They can celebrate the day during their program. There is a need to congratulate them and pay tribute to them. Every woman and man who works as a DJ needs people’s attention on the holiday and during other days. Radio commentators are always eager to communicate with their fans. They always propose a certain topic to discuss. If it’s possible, you should phone and say thanks to them.

Another way to observe the occasion is to visit any local club which proposes good music to its visitors. Its DJs are usually very famous people at the city. That’s why there’s no difficulty to find a professional and praise his good taste and great work. You can go to a dance hall and spend the whole evening dancing and relaxing.

Wedding DJs propose the best records to guests. If you have a wedding party on the 20th of January or at the neighboring dates, you should pay other people’s attention to the event. They are to follow the tradition and congratulate their Disc Jockey. He will be grateful to you very much. The holiday will be the best. If your relative is a DJ, make a telephone call or send a funny card. You can also make a festive cake for the dinner.

Find the best party at a club and visit it. “When is DJ Day in 2020, calendar of club events?” find the information about January, 20th.