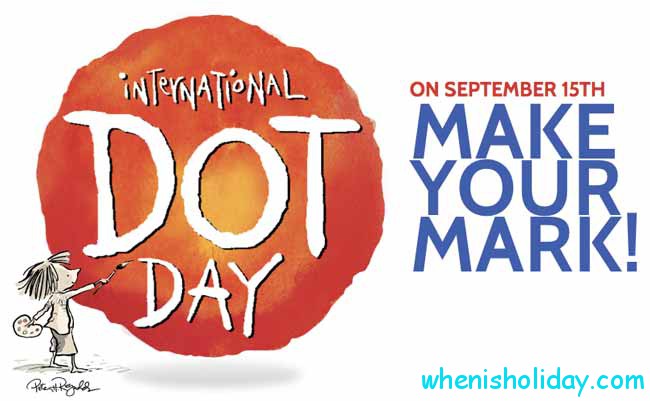 The power of creativity is infinite. You can do anything in your mind, however, putting it into practice might be a bit challenging. But if you do, then it feels so rewarding.

No one should doubt their ability to think bigger and make something unique, something of their own. Even the most “unimaginative” people (as they suppose) actually have the grain of fantasy yet they haven’t just heard the reassuring words that give them strength and confidence. Every person’s standpoint in this world develops from the early childhood – that’s the period when it’s so important to support the kid and empower them with the faith in themselves, with the belief that they are capable of everything.

To explore the boundaries of imagination and to help children find their outlet for creativity, there appeared a holiday named in honor of a picture book. When is International Dot Day in 2022 and what does it have to do with creative work? Scroll down the page!

One day, at the typical Western school during the usual class an ordinary boy called Peter got carried away by drawing on a piece of paper. The teacher, having noticed the student’s distraction, called him out. Yet the teacher didn’t tell Peter off. Instead, he offered him an interesting project – to unite the art and the math with the purpose of helping his classmates to comprehend this discipline in unusual (and more understandable) way. The result – a comic book – pushed him forward to testing his talent in creating the animated films and then up to the numerous children books, tales, and his own educational company.

This is how the story of Peter Reynolds has started. The kid doodling in the exercise book grew up to be a famous author, illustrator and the biggest part of the holiday we’re talking about. It bears the name of his most popular opus – “The Dot” – which history of creation is no less interesting than its contents. Mr. Reynolds formed a habit of writing something in his notebook at the end of the day – a picture, a phrase or just a mark. One night, he was so tired that put a dot with the felt pen and went to sleep at once. Next morning, he woke up to find that the previously tiny mark turned into the big spot. However, he didn’t see that as a spoiled page. Peter took a pen and wrote his name creating the cover for his successful future book while the plot was right on the way.

“The Dot” tells about a girl who was sure she was not able to draw. Her album was always empty during the painting classes and she barely held a pencil in her hand. Once, a teacher came to her and asked to put a dot on the page and sign it and see what’s going to happen. The next day, the girl was truly amazed at looking at her picture in the frame, hanging next to the teacher’s table. She asked herself, whether she could do better than this, and set herself the task of painting another thing. And this brought her closer to the realization that she was indeed a talented person able to create bright and unusual works. The teacher managed to choose the right approach to the little child not sure of her gifts and helped her make the mark on this world.

The book and its key message sparked a great many responses from the children and adults all over the world. The inspiration oozing from the pages gripped the hearts of millions of readers and urged them on the achievement of their cherished dreams and goals, made them brave enough to express themselves freely.

It also inspired the teacher from Iowa to bring along the book to the school and to share it with his students on the autumn day of 2009. That’s when the holiday was invented and since then is held annually transforming into the international one with many countries involved.

What about you? Did you get inspired enough to discover what day National Dot Day in 2022 falls on?

What does National Dot Day mean? It praises the amazing features of creativity.

Probably, everyone had to face the difficulties at least once in our lives. In kindergarten, we lacked the skills in creating the quirky figures out of the piece of plasticine. At school, we were oftentimes confused when being assigned to the weird creativity tests. At college, we underwent the dozens of projects and coursework. And at the working place, we experience the little misunderstandings all the time. Each of those situations teaches us one main lesson: we only need to catch this almost imperceptible clue that can help turn the difficult challenge into the unique and interesting one. Or, we may trust in somebody who sees that clue more clearly.

A miracle happens when we are shown the right way and hear the right words. They can get the ball rolling and give hope to the person. It is especially important in the tenderest age of the childhood. The vulnerable and uncertain little souls look up to their mentors – parents and teachers – and listen attentively to the phrases they say. So let the every child meet the wonderful tutor who would be able to push them forward to the highest achievements!

No matter, when is International Dot Day 2022, always try and challenge your imagination as this is the only thing that can bring the change.

Generally, the holiday is designated to unleash the rushes of fantasy and invite people in the invisible world.

Creativity is the form of communication that influences both on its author and its viewer. There is a huge healing potential hiding somewhere in the depth of the mind and the infinite source for emotional and intellectual development. We are the creators of our own experience. Step by step, we build our way tied up with the family, culture, country and the whole world. The human being always has a place for creativity in their heart; sometimes they just do not see that. 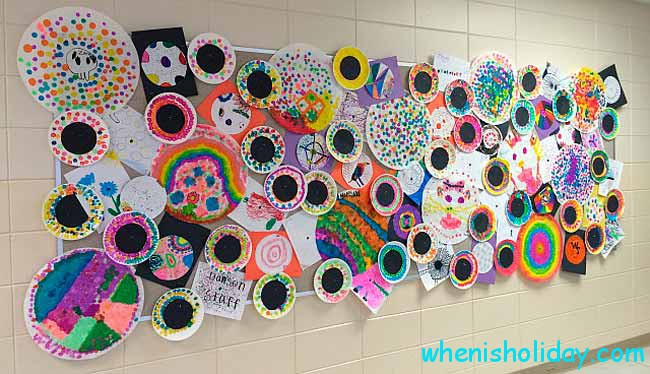 Someone builds the commercial empire, the other creates the masterpieces of the art, another plays the guitar and sing, and one cooks the tastiest soups and has a talent for bringing up the children. All of those are creativity expressed in different ways. Everyone is able to find and enjoy it.

You should feel it and let yourself delve into it, just like in the waters of the ocean, to swim through it the infinite number of times. It’s much simpler to revel in the others’ works of art, and much more difficult to be the author. By the way, the aptitude for imaginative activities could be revealed at any age. Thus, the famous Pablo Picasso who went down in the history of art in his youth managed to create the most expensive works in the period of 25-30 years old. While Paul Cezanne, a well-known French artist, started to draw at fifteen years old yet made his mark only in… fifty years later!

So, do not ever be afraid of letting out your fantasy. What is the date of World Dot Day? It takes place on September 15.

You celebrate the holiday by getting big on anything related to creativity. Either you are on the plane and write the letter to an old friend, or working on the colorful greeting card for your mother’s birthday, or testing your Photoshop abilities on the laptop, it’s still this intense yet so captivating process in your head.

For teachers, willing to inspire their students, there is a website of the same name that contains lots of useful information, guides to the holiday organization and resources with the theme topics. In honor of the date, the most common scenario for this day at the schools is, of course, reading the “The Dot” book. Usually, it is also marked with the fascinating activities for the schoolers, such as the “30 Circles” challenge where a child should draw something different in every of the circles for three minutes.

Tick off in the calendar, when is Dot Day in 2022, and unleash your own power on that day!

A day without a bra

Independence Day of the Republic of Madagascar