Home
World
🌳 When is Greenpeace Day 2022
Prev Article Next Article

Are you an eco-conscious person? Are you involved in the big matters like protecting the lions from extinction, saving the whales from the hunting or picketing at the doors of the factories that harm our environment?

Maybe, you’re a green lifestyle supporter that makes “minor” yet no less important contributions to the natural world like turning off the light bulbs when leaving and throwing the garbage to the appropriate recycle bin? If you’re none of these, then this article is for you to read and think over your conception of the relationships between the human and mother nature.

If you are, then it would be useful for you to learn when is National Greenpeace Day in 2022 as the majority of people, even the most environment-friendly of them, still don’t know the answer. So, pay attention!

Because the holiday is closely related to the organization of the same name, let’s delve deeper into the history of the latter. In 1971, the small group of the foolhardy enthusiasts rented a fishing boat with the handwritten “Greenpeace” on the side and departed from the shore of Canada to the little known Alaskan island located far in the Bering Sea. They didn’t manage to get to the destination as the guard vessel ordered them to sail back. However, it made a huge impact on the world consciousness of the nature-related issues. 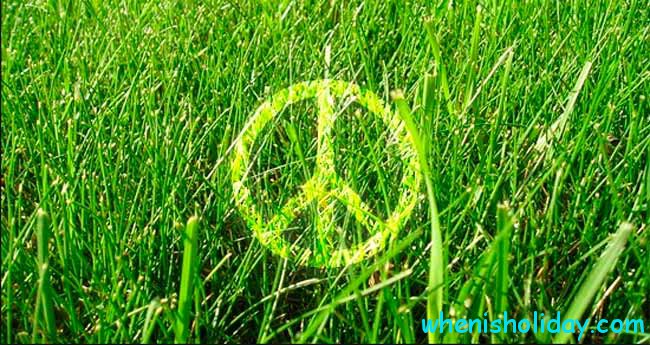 As you’ve probably guessed, those several adventurers were the founder of the Greenpeace. This initiative was taken because of their great concern over the US nuclear tests at the lands of Alaska and the inadequate opposition of the prominent environmental organizations. The like-minded people established their own unit called initially “Don’t Make a Wave”, organized the charitable event and give the earnings to the ship lessor.

Although the campaign didn’t prevent the bomb explosion, it riveted the global attention to the dangerous weapon testing issue. They continued the mission of determining the nuclear problem and succeeded in stopping the French looming activities, simultaneously launching the emergence of the numerous associations all over the globe determined to support and develop the mutual efforts for the better world.

During the 70’s, the focus of the original Greenpeace group, based in Canada, remained strictly on eradicating the nuclear explosions threat. But it sowed discord among the units scattered worldwide as there were so many issues detrimental to the environment. When several of them separated with the purpose of saving the whales from the commercial hunting and others were in need of financial support, it was decided to set the integrated body, called “Greenpeace International”, that would be in control of all the offices.

Today, the small group of those interested in the nature-protection matter has grown into the official organization with fifty-five branches located in different countries. It boasts around fifteen thousands of volunteers and almost three thousands of the staff members. But much more than that, they have the full right to say that they are the ones who did, does and will change the world.

The holiday was designated in 2011 in honor of the day when the Greenpeace came about at the initiative of Canadian politician. Doing some math, we see that the question – when is International Greenpeace Day 2022 – is answered for the 7th time in a row.

What does Greenpeace Day mean for each of us? It gives us time to appreciate the influence of the organization in the world, to raise awareness of the global ecological problems and to ponder over our lifestyle.

Have you ever thought of the damage that the ordinary routine – the one you’d never concentrate on – causes? Imagine, it’s high time for launch but the fridge is empty, so you’re getting in the car and driving to the grocery store. You’re roaming around the shelves and pick on the ready-to-eat chicken and salad. On the way back home, you’re deep into the anticipation of the upcoming feast.

But there is not even the littlest bit of concern over the set of actions you’ve just made. First, the car emitted the amount of the carbon dioxide into the atmosphere. The shop windows are brightly glowing due to the coal firing. The vegetables for your salad were grown at the farm and generously treated with chemicals that got into the water and poisoned the fish and the plants. The chicken was raised somewhere in the countryside where the animal waste gives the toxic methane off. Such a big harm because of the twenty-minute long event, isn’t it?

Here are the greater things we make that deteriorate the environment with every day. The seas are not full of fish as it was just several years ago. The human’s appetite for the sea products emptied the oceans to such extent where the majority of the species are not able to restore its population. The coal production leads to the climate change and the devastation of the local ecosystems. The ways of agricultural practicing are responsible for around 70% of the rivers and brooks pollution. The deforestation process is of the great importance as they are the home for the half of the species that inhabit the earth – a hundred years on, and we’ll have none of the rainforests.

The major problem is the global warming. It’s caused by the greenhouse effect that sends the solar heat back into the atmosphere. This phenomenon, in its turn, is due to the carbon dioxide which, as you’ve already known, is emitted from the cars and power supply of the factories and plants.

Now you see why it’s a debt for everyone to be involved in the ecological issues daily, regardless of what day Greenpeace Day takes place on? 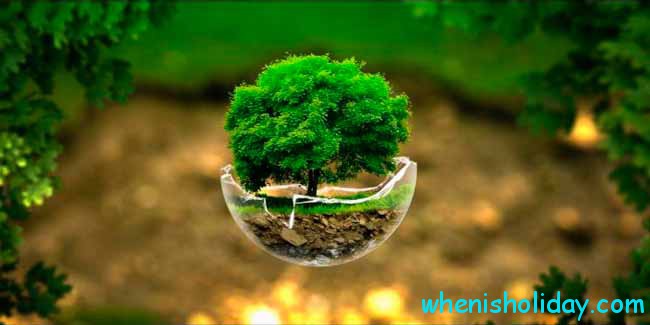 Greenpeace is the environmental organization that tries hard for the better world and makes us strive for the greener future. It’s achieved a lot and goes on to create the healthy environment and the safe place for living.

The organization’s activity is divided into the several matters with the special projects elaborated and fulfilled together with the volunteers. They do their best to build up the non-nuclear world. They stand up for the renewable sources of energy. They are serious about the impact of the man on the climate and search for the solution of the imminent climatic catastrophe. They appeal to the governments with the pleading of preservation of the Arctic as the primordial corner of nature. They speak loud for protecting the forests from the merciless fires. They are worried about the man-made materials that are preserved on the dumps poisoning the soil.

There are so many issues – the big and the little ones – that equally harm the world around us. The single organization is not able to cope with them on its own. That’s why it always asks for a helping hand and reminds us that every individual can make a difference. What is the date of World Greenpeace Day 2022? It’s set on September 15.

The idea has it that people celebrate the holiday by getting passionate. They arrange the charitable festivals and concerts, organize the mass planting of the trees and bushes, hold the master classes and lectures related to the nature protection topics.

When it comes to the personal rush, one can spread the word of the petition, urgent in their neighborhood, popularize and be big on the green way of living and, of course, become the volunteer of the local Greenpeace office. What are you going to choose?

Mark in the calendar, when is Greenpeace Day in 2022 and become the healthy-minded person that is aware of the consequences of their actions. 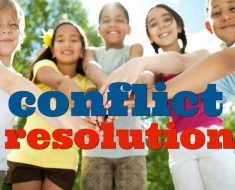