Christmas according to the Gregorian calendar

Christmas is one of the most important holidays in the Christian religion. It is believed that Jesus Christ was born for the benefit of mankind. This event symbolizes the return of the world to spirituality and purity, because the Savior was born in times when hatred, greed and hypocrisy reigned. The holiday is associated with the warmest feelings in people’s hearts – families gather together, children and adults receive gifts, because Christmas is a time for giving and sharing. Christmas for Christians of the Western rite and a large part of Eastern churches falls on December 25. This day is both a sacred religious holiday and a worldwide cultural and commercial phenomenon.

How the idea of ​​the celebration came about Christmas according to the Gregorian calendar?

It all started more than two thousand years ago. The Immaculate Virgin Mary from the city of Nazareth received news from an angel that she would have a son whose father is God himself. She accepted this news with joy and humility. Soon, Mary got married, and together with her husband Joseph, she had to go to Bethlehem, where a census was conducted by order of the Roman emperor Augustus.

When the couple reached Bethlehem, they had nowhere to stay, so they had to spend the night in a sheep shed. That night Jesus was born, and a bright star appeared in the sky. There was no bed in the barn, so the baby was placed in a manger where there was fresh hay.

That night, several shepherds were in a field near Bethlehem with a flock of sheep. Suddenly an angel appeared to them and brought the news of the Savior’s birth and told them where to find him. The shepherds went to Bethlehem, found a stable and saw with their own eyes the newborn Jesus in the manger. Returning to their flocks, they began to tell everywhere about this news.

After some time, seeing a new star in the sky, the three wise men went to Bethlehem to honor Jesus, the new king. But on the way they visited the Judean king Herod, who ordered them to inform about the place where the newborn is. He saw in him a danger for himself, because he did not understand that Jesus would become a spiritual king for people, and not the king of Judea.

The wise men continued their journey after the star until it was directly above the house where Jesus was. They entered the house of Mary and Joseph with gifts of gold, frankincense and myrrh and worshiped the baby.

The wise men returned home by a different road, because they did not want to reveal the son of God to King Herod. Herod was very angry when he realized that the wise men would not return. He sent his soldiers to Bethlehem with the order to kill all the children there under the age of two. But God warned Joseph in a dream about the threat, and the family managed to escape from the city. Until Herod’s death, Joseph, Mary and Jesus lived in Egypt, and then returned to Nazareth.

During the three hundred years after the death of Christ, his followers were not very numerous and suffered persecution, and there was no Christmas holiday.

At first, Christian priests did not consider it necessary to celebrate the Savior’s birthday. The main holiday was Easter – the resurrection of Jesus Christ. The Bible does not even indicate the specific date of his birth, so church leaders argued about it for a long time.

But the days around December 25 have long been festive for many nations — the winter solstice heralded the return of sunlight to people.

In the Roman Empire, the celebration of Christmas on December 25 has been documented since 336. Later, in 431, this date was approved by the Third Ecumenical Council.

From Rome, the custom of celebrating Christmas spread to Egypt, and in the Middle Ages, the holiday began to replace pagan traditions throughout the Christian world.

Our ancestors began to celebrate Christmas from the time of the baptism of Russia by Prince Volodymyr.

Until 1917, on the territory of the Russian Empire, which included a part of modern Ukraine, Christmas was an obligatory, beloved holiday with numerous bright traditions. But after the establishment of Soviet power, religious holidays became prohibited. Christmas returned to us after the collapse of the USSR and Ukraine’s independence.

Now on this holiday we have two days off – Ukrainians of the eastern rite celebrate Christmas on January 7 according to the Julian calendar, and the western ones on December 25 according to the Gregorian calendar. At the same time, the head of the Orthodox Church of Ukraine, Epiphany, believes that Orthodox believers can celebrate Christmas on December 25 if they want to.

Christmas according to the Gregorian calendar in history

Frequent Questions and answers about Christmas according to the Gregorian calendar

What was the name of the wise men who brought gifts to the newborn Jesus?

The three sages were representatives of three earthly races and three generations: the young African Balthazar, the elderly Asian Caspar, and the middle-aged European Melchior.

Why should there be exactly twelve lean dishes on the Christmas table?

Do you know about the biggest Christmas present in history?

France presented the United States of America with the Statue of Liberty for Christmas 1886. The weight of the statue is 225 tons, so it can be considered the world’s largest Christmas gift.

Which Christmas tree was the largest in the world?

The Christmas tree of 2009 in the capital of Mexico, Mexico City, is considered the largest. Its height was 110 meters, and its diameter was 35 meters.

What is the highest grossing Christmas movie?

Christmas cards according to the Gregorian calendar 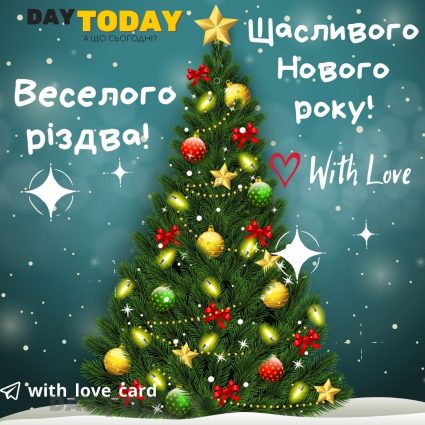 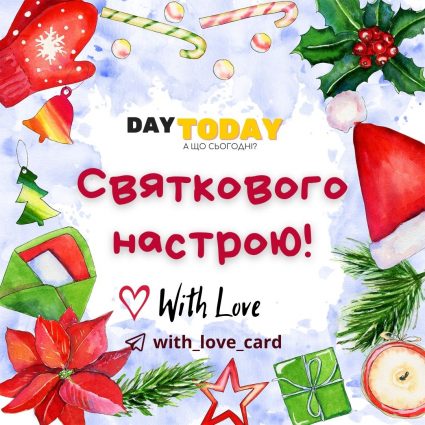 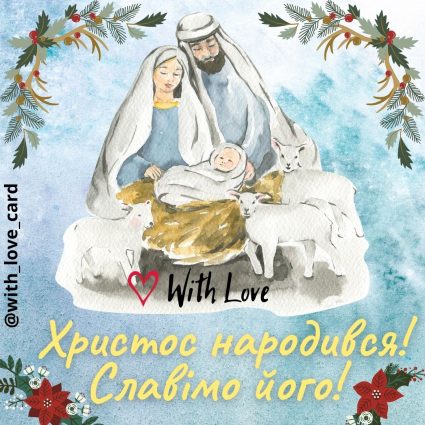 🎁 Christmas gifts according to the Gregorian calendar

How to celebrate Christmas according to the Gregorian calendar?

Regarding the celebration of Christmas, each individual nation can find its own peculiarities, but the general traditions remain unchanged for a long time.

For all Christians of the Western rite, the period of Advent is common – four weeks before Christmas, which are devoted to preparation for the holiday, visits to the temple and repentance. Traditionally, an Advent wreath with four candles, made of coniferous branches, is hung in a prominent place.

On the first weekend of Advent, Christmas markets open in cities, and on Christmas Day, people gather with relatives and friends to greet each other and exchange gifts.

In Ukraine, Christmas is mostly a family holiday. On the eve of Christmas, the house is decorated and the table is laid, around which the whole family gathers. There must be 12 fasting dishes on the table, and hay is usually placed under the tablecloth.

One place at the table is always left free for an unexpected guest. The place of honor in the house is given to a Christmas wreath on the door, a decorated Christmas tree, figurines of the Virgin Mary with the newborn Jesus and other biblical characters. These figurines are called “nativity scenes” and are an integral part of the holiday.

After the Holy Supper, families gather at the church for the midnight service. On this day, two more Christmas services are held – early in the morning and in the afternoon.

Christmas is always a joy. Streets, shopping malls, houses are decorated and filled with a fairy-tale atmosphere, and Christmas trees attract children who are just in time for the school holidays.

Yes, we all feel like children at Christmas – we visit our parents, help them prepare the Holy Supper and immerse ourselves in pleasant childhood memories. To see relatives, give gifts, exchange news – Christmas kindly provides such an opportunity.

To maintain the festive mood, you can spend time in a calm family atmosphere by watching a movie on the Christmas theme, of which there are many and for every taste. But all of them are bright and romantic, and definitely have a happy ending.

This holiday is also a gastronomic delight, because the tastiest, most beloved dishes are always prepared at Christmas.

And at Christmas time, we make wishes that must come true, because it is truly a magical, magical day.

A large number of people today perceive Christmas purely as a secular holiday. We sometimes forget that the most important meaning of Christmas is religious and spiritual, and for Christians the birth of Christ is an important event. Jesus was the messenger of God who showed people the way to light and truth, atoned for people’s sins through his martyrdom, and gave us an example of goodness, love and self-sacrifice.

When will we celebrate Gregorian Christmas? 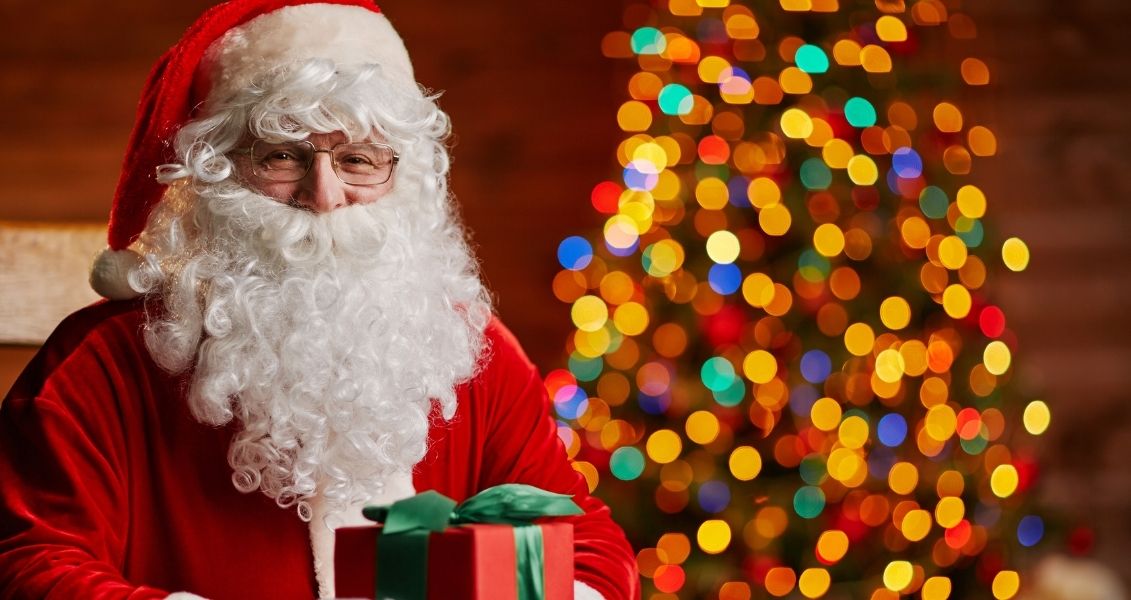 Read more:  Independence Day of the Republic of Iceland