International Day of the Cook and Culinary

International Day of Cooks and Cooks, which is celebrated every year on October 20, is a fairly young holiday. It was launched in 2004 at the initiative of an association that supports culinary communities from different countries. Even then, the organization included about 8 million representatives of the culinary professions.

All holidays and events for October 20

How the idea to celebrate came about International day of the cook and cook?

Cooking is considered one of the oldest professions. People started cooking as soon as they learned how to make fire. Recipes from Ancient Egypt and China have survived to this day.

In medieval Europe, cooks were highly valued. In Germany from the end of the XIII century. the chef was considered one of the closest persons to the king. The first cooking school appeared in England in the 19th century.

In Ukrainian chronicles, the mention of professional cooks dates back to the 10th century. At first, they prepared meals for the court nobility, later – in the refectories of monasteries.

The development of professional cooking in Russia began with the appearance of inns and taverns.

White caps on the heads of cooks appeared in the 18th century. After repeatedly catching hair and insects from dishes, King George II of England required all kitchen staff to wear special hats. The famous culinary reformer Antonin Karem, who lived in France at that time, decided to replace the hats with caps, the height of which indicated the status and skill of the owner. The highest kitchen crown was worn by the most important person in the kitchen.

Postcards for the International Day of the Cook and Culinary 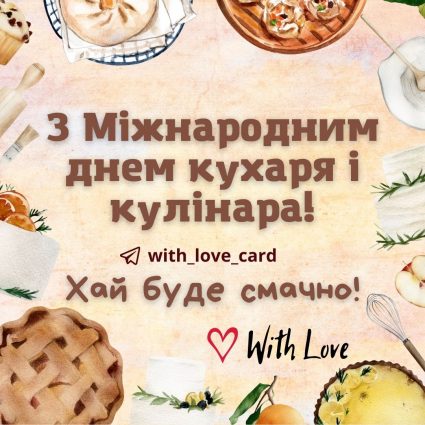 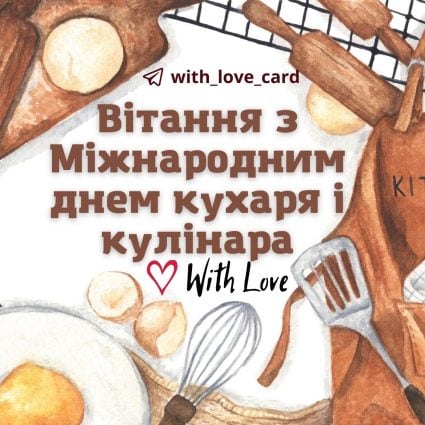 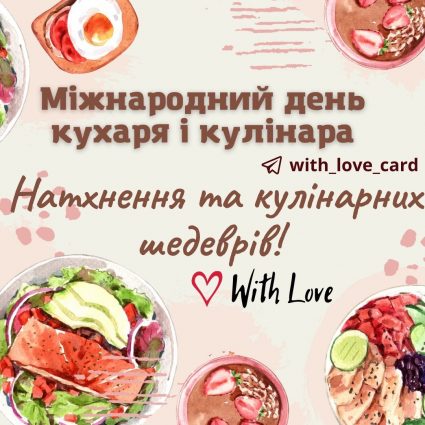 More postcards for the International Day of the Cook and Culinary

When will we celebrate the International Day of the Cook and Culinary? Day of the Autonomous Republic of Crimea