The library is one of the oldest cultural assets of mankind, the essence of which is unchanged throughout history. Libraries still remain a special place where people involuntarily lower their voices, and only the rustling of pages is heard, and the air smells uniquely of printing ink, glue and a little dust – because books can be kept for centuries and give their wisdom to more than one generation of readers. The love of books has been characteristic of our people for a long time, and the importance of libraries for national education, science and culture is obvious for the state. Therefore, a special holiday has been established in Ukraine – All-Ukrainian Day of Librarieswhich we celebrate every year on September 30.

How did the idea of ​​celebrating the All-Ukrainian Library Day come about?

Libraries on our land began to be created during the times of Russia – in the 9th-11th centuries. Most often, collections of books were placed in monasteries, churches and schools, and princes and priests were engaged in filling them. Censorship by the clergy also appeared at that time — church books were popularized and actively copied, but apocryphal ones, that is, not included in the church canon, could be banned. In addition to books, state documents and their copies were stored in libraries.

Prince Yaroslav the Wise considered collecting books to be an extremely necessary task, so in 1037 he opened a state library at the Cathedral of St. Sophia. Most of the books in it had a religious content, but there were also philosophical, natural and other works, including those by foreign authors, while great attention was paid to the translation and rewriting of such books. The fate of this library is unknown – some researchers claim that the books were burned during the capture of Kyiv by Batia’s army in 1240, others believe that the library managed to be hidden and it is still located somewhere in unknown underground vaults.

In the period of the XIV-XV centuries, university libraries appeared, and soon also libraries of national-religious brotherhoods. During the Enlightenment, state bodies began to take care of financial support for libraries.

At the end of the 18th century, the phenomenon of bibliophilism spread in Ukraine — rich collectors, looking for old editions, collected valuable collections. Libraries became a recognized element in education, science, and culture, while the tsarist authorities of the Russian Empire increased censorship of book collections in order to remove “free-thinking” works.

In the process of development of libraries in Ukraine, the public initiative occupied not the last place – in 1829, the local intelligentsia founded a public library in Odesa, in 1866 – in Kyiv, in 1886 – in Kharkiv. Various institutions and associations – museums, archives, scientific societies, theological seminaries – collected their own libraries.

In the short time of Ukraine’s statehood after the events of 1917, despite the difficult political and economic circumstances, libraries were given a lot of attention – three important laws were adopted that regulated the work of this sphere, and the National Library of the Ukrainian State was also founded.

Starting from 1919, the Soviet government in Ukraine strengthened the state management of library affairs. The main principles in it were declared to be partisanship, massiveness and accessibility, the management of the industry became centralized, and the organization of activities was unified throughout the country.

Since 1923, a special instruction came into effect, obliging the destruction of books that did not correspond to communist ideology. At the same time, a wide library network was created in Ukraine, many features of which the government borrowed from the American experience — in particular, at least one library had to be in every settlement, even in the smallest village.

The years of the Second World War

Ukrainian libraries suffered considerable losses during the Second World War — only a small part of the collections could be evacuated, so many valuable books were taken away by the occupiers or destroyed by explosions and fires. The post-war restoration of libraries became an important state matter, both in terms of restoration of funds and in the aspect of training specialists. Therefore, Kharkiv Library Institute became one of the first higher educational institutions to resume its work, and its branch was opened in Kyiv. By the end of the 1950s, about 80,000 libraries of various types were already functioning in Ukraine.

During the times of the USSR, the activities of libraries were subordinated to a common concept for all Soviet institutions — above all, an appropriate political approach, centralized management and control. In 1984, the “Regulations on Library Affairs in the USSR” was adopted, which made any attempts at national direction of library affairs in the republics almost impossible.

Since Ukraine gained independence, the role of libraries in public life has also changed — from purely educational and ideological to cultural, informational, communicative, and scientific. Recently, domestic libraries are going through a rather difficult period of transformation and adaptation to the conditions of the digital world.

All-Ukrainian Library Day appeared in our calendar in 1998 – then in May the President signed a decree establishing this event. It was founded to support the initiative of library workers, as well as a sign of recognition of the irreplaceable role of libraries in the development of Ukrainian science, culture and education. In addition, September 30 became a professional holiday for all librarians of Ukraine.

All-Ukrainian Day of Libraries in History

Frequent Questions and answers about the All-Ukrainian Day of Libraries

How many books did the libraries of Russia keep?

Historians believe that from the time of the baptism of Russia to the XIII century, the general library fund of the state contained up to 140 thousand volumes, of which 90 thousand were church books. 10,000 churches and 500 monasteries had their own libraries at that time.

How many libraries are operating in Ukraine today and how many readers do they serve?

As of 2019, there were about 15,500 public libraries in our country, the services of which were used by more than 11 million Ukrainians.

Which of the active libraries in our country is the oldest?

This is the Scientific Library of the Ivan Franko Lviv National University, which was founded in 1608. At one time, among the readers of this institution were famous historical figures, in particular, the legendary Hetman Bohdan Khmelnytskyi.

Are there monuments dedicated to libraries in Ukraine?

Yes, in Kyiv there is a memorial sign in honor of the first library created by Yaroslav the Wise. It was installed in 1969 on the territory of St. Sophia Cathedral in the form of a block of granite with the image of Prince Yaroslav and a page from an ancient chronicle. The author of the monument is the Ukrainian sculptor Ivan Kavaleridze.

Which library is the largest in our country?

This is the Vernadskyi National Library of Ukraine. In terms of the number of copies of books and periodicals — 16 million — this institution is the first in Ukraine and ranks 18th in the world ranking.

How to celebrate All-Ukrainian Library Day?

The most logical way to join this holiday is to visit any local library, especially since on September 30 these institutions organize festive events – exhibitions and presentations, as well as talk about their history. And just choosing a few books from the shelf or sitting with an interesting magazine in the reading room will also be pleasant and useful.

Also, on All-Ukrainian Library Day, you can take part in replenishing the book fund – bring a few read books from home as a gift or buy new ones. It is appropriate to find out in advance from the librarians which publications their institution needs the most, and to organize a collection of such books among their friends and acquaintances.

It is worth spreading information about the festive event on social networks so that as many of our compatriots as possible join it – this will contribute to the support of libraries by the state, and librarians will learn that their efforts are appreciated and respected. Since these employees celebrate their professional holiday on September 30, it is necessary to congratulate them and wish them inspiration and achievements in a seemingly not very visible, but such an important work.

The evening of this day is best spent reading a new book or rereading an old but beloved one. It will also not be superfluous to read something interesting together with the children, because the love of books and respect for libraries is formed in childhood.

People often think that libraries are no longer necessary in the age of the Internet, because textbooks, historical documents, and fiction can all be found electronically. But few people know that most of these e-books are created thanks to libraries – they are the ones who digitize them and put them online.

In addition, it is only in libraries that you can find the necessary periodicals of past years, some specialized reference books, as well as literary novelties, which are not cheap on the Internet. Therefore, libraries still remain universal institutions where every citizen can get the necessary information, regardless of social and financial status.

Libraries are also a place for communication and leisure — literary evenings, creative contests, meetings with writers, psychologists and other interesting people are held there. For elderly people who are not very familiar with modern gadgets, libraries cannot be replaced by anything at all.

The All-Ukrainian Library Day also draws attention to the problems of the library sphere. Unfortunately, during the entire history of Ukraine’s independence, the number of libraries did not increase, but significantly decreased. Existing institutions are not working in the best conditions – due to a lack of funding for new books, they receive little or nothing at all. It is not surprising that more and more Ukrainians do not read books and periodicals at all.

Therefore, the All-Ukrainian Library Day is an important event, which, first of all, should draw the attention of the state authorities to the problems in this field, and for all lovers of reading, it is a positive holiday that is pleasant to spend in the reading room or just sit comfortably with a book at home.

When will we celebrate the All-Ukrainian Library Day?? 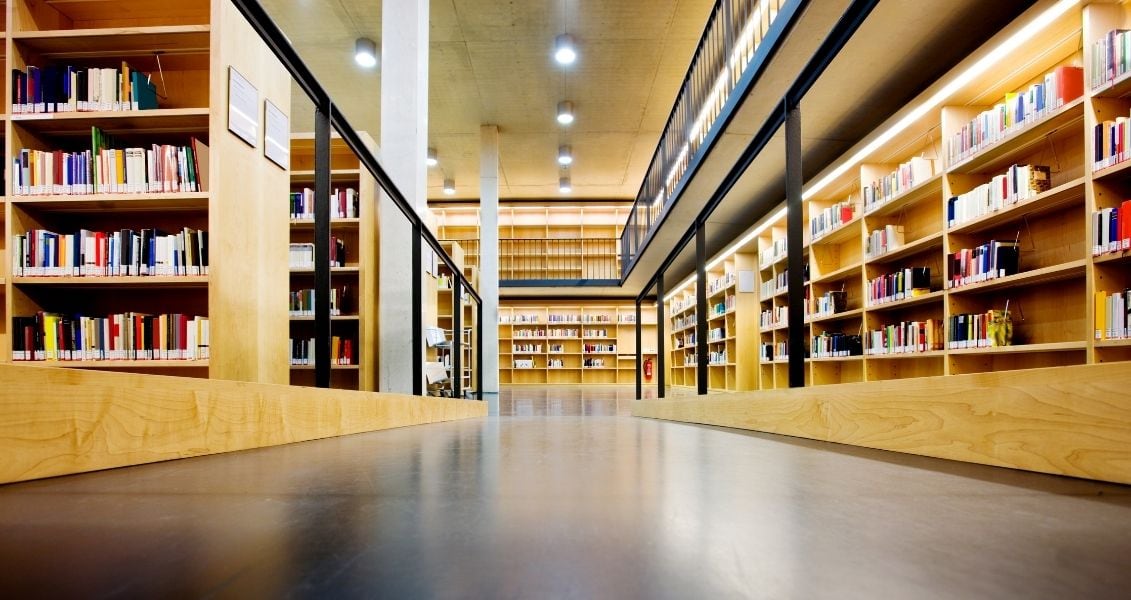