World Braille Day we celebrate January 4, the birthday of its author. Without the ability to read, it is difficult to imagine human life in general, and especially the education of children. Unfortunately, people who have very weak vision or cannot see at all are deprived of the opportunity to read ordinary books. This significantly reduces the quality of their life, and blind children cannot receive a full-fledged education. It was in order to help such people overcome the seemingly hopeless problem that the Braille alphabet was created – special tactile symbols that allow blind people to read on a par with other people.

How the idea to celebrate came about World Braille Day?

On January 4, 1809, a son named Louis was born in the family of master leather worker Simon-René Braille in France. At that time, there were already three older children in the family. One day, playing with a sharp awl in his father’s workshop, three-year-old Louis injured his eye. An inflammation occurred, which later spread to the second eye. As a result, the boy became blind by the age of five.

There were very few opportunities for blind people in those days, but Louie’s parents wanted him to get an education. The boy went to a local school, although he could not read and write, but could only listen. Despite this, he excelled at school thanks to his excellent memory.

Studying at the University

At the age of 10, Louis began studying at the National University for Blind Youth in Paris, where he became one of the best students, even learning to play the organ and piano.

Young Braille always wanted more, he wanted to gain knowledge from books on a par with healthy people. In those days, blind people used books with the relief-linear font of Valentyn Gayui. But, unfortunately, there were only 14 books in the library of the specialized educational institution, and the clumsy linear font was inconvenient and difficult to understand.

In 1821, Charles Barbier, a former soldier, visited the university. He was known for his invention of the so-called “night writing” – a code consisting of twelve tactile dots. This code allowed secret information to be shared in the war silently and in the dark. Barbier explained his method to blind students, among whom was Louis.

Barbier’s system was difficult for the soldiers for whom it was intended to understand, and it did not take root in the army. But she mastered Braille very quickly. He not only learned the tactile code, but also improved it. For this, the young inventor persistently experimented with geometric shapes cut from various materials, with nails hammered into boards, and with other ways of recognizing coded text.

Finally he settled on a code of tactile dots the size of a fingertip. To do this, Louis reduced the number of dots marking one letter or number from twelve to six. This made it possible to feel the entire symbol at the same time with the tip of the finger.

By changing the number and location of dots, Braille encoded letters, punctuation marks, numbers, mathematical and musical signs. With the finger of the right hand, the reader touched the relief dots, and with the left hand moved to the next line, understanding what was written as smoothly and quickly as people with normal vision.

The simplicity of this idea even then made it possible to start the mass production of books in such a format that thousands of blind people could read by running a fingertip along the tactile dots. By his fifteenth birthday in 1824, the teenager had almost completed the formation of the new alphabet.

In 1828, Braille graduated from the university and became a teacher at the same institution. And the very next year, his first book was published, in which the code system of the newly created font was explained.

It would seem that it was possible to stop there, but it was not for the active and restless young man. In 1835, he fell ill with tuberculosis, but still tried to invent new possibilities for his method, so in 1837 he added new mathematical and musical symbols to the alphabet and published a book with an expanded text coding system.

Louis Braille died in Paris on January 6, 1852. He was buried in the city of Couvres, where he came from, and in 1952 he was reburied in the Paris Pantheon.

The blind students were delighted from the start braille fontbut it took many years for faculty and university management to recognize the superiority of this method.

At first, they found it inconvenient to use at work. This alphabet was officially taught only after the death of its creator – in 1854. The alphabet began to spread in the world in the 1860s.

When did the invention of braille become international?

In 1878, at the International Congress of European Nations, the Braille alphabet received official international status and was recommended for use throughout the world.

What did Louis Braille do besides creating his famous alphabet?

Braille worked as a teacher of geography, algebra and music. At the same time, in one of the Parisian churches, he worked as an organist.

How many people in the world need Braille books?

Currently, about 40 million people on the planet are completely blind, and another 300 million suffer from significant visual impairment.

What is the reading speed of Braille?

People who have learned Braille can read about 150 words in one minute.

In printed form, Braille is a plastic dot that is convex to the touch. In the handwritten version, the dots are printed on the back of the paper in a mirror image, from right to left. There are special stencils for this.

How to celebrate World Braille Day?

World Braille Day is celebrated quite recently – since 2019. Ukrainian traditions in celebrating this day are the same as in the whole world.

On January 4, public organizations usually hold social events with the aim of informing the population about the difficulties that people with visual disabilities face every day and about the importance of introducing Braille in everyday life. These are various seminars, meetings and conferences, including online. The topic is also covered in mass media and social networks.

On this day, we are simply obliged to do something to help people with visual impairments or simply to support them with a kind word, because it is very difficult for them to live in the conditions of our country.

It is also worth telling children the life story of Louis Braille, because it is truly one of the most vivid examples that physical limitations mean nothing when a person has a goal and purposefully works to achieve it. In addition, it is very important for motivation that Braille managed to create an ingenious invention in fact in his teenage years.

For a deeper understanding of the topic of this day, you can watch one of the interesting films with blind protagonists. For example, “Scent of a Woman” with a wonderful performance by Al Pacino, “Invisible” – a film about a blind pianist with a dynamic plot and an unexpected ending, or a touching Ukrainian film “The Guide” – about a blind kobzar and his guide, an orphan boy from America.

It is impossible to overestimate the importance of the Braille alphabet – now it is used in every country. In addition to books, signs with this font help the blind to move around in public places. Special electronic devices with Braille displays – watches, game consoles, even thermometers can be connected to smartphones and computers.

Braille can be found almost anywhere in the world where there is print – on signs, restaurant menus, ATM keyboards, business cards, textbooks and sheet music. And most importantly, with the help of Louis Braille’s invention, blind people can learn and communicate on their own.

Studies have shown that people who have lost their sight and have mastered Braille are more likely to get a job than those who only use voice synthesizers.

Business structures and government organizations on this day turn their attention to the problems of blind people and create new social and economic opportunities for them, and charitable organizations and philanthropists perceive this event as an opportunity to help with funds or technical means.

World Braille Day is designed to encourage humanity to do everything to make the surrounding world and its opportunities available to everyone.

When will we celebrate World Braille Day? 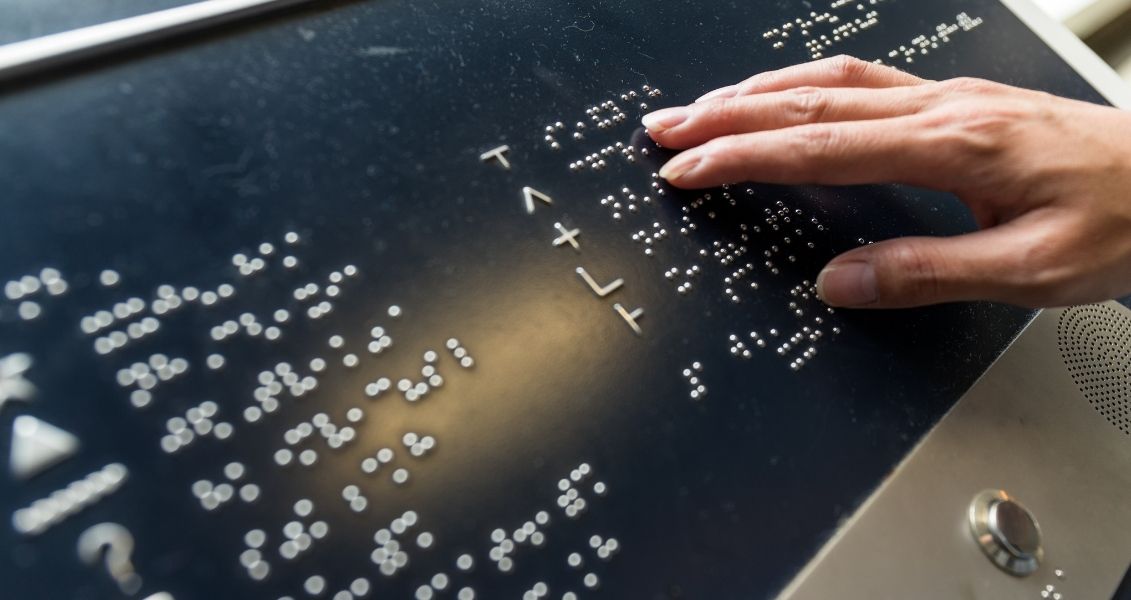