Day of Saint Nicholas the Wonderworker

Every year on December 19, Orthodox Christians honor the memory of Nicholas the Wonderworker, one of the most beloved saints. There is hardly a person who has not heard of St. Nicholas, and there are icons with his image in almost every home. Nicholas was a devoted preacher of Christianity. He performed many miracles by the power of prayer. Offended and unjustly condemned, travelers and the poor consider St. Nicholas as their protector. The saint’s affection for children is also known. By the way, St. Nicholas Day is celebrated twice a year – in winter and spring.

How the idea of ​​the celebration came about Saint Nicholas the Wonderworker’s Day?

Saint Nicholas was born at the end of the third century in a family of wealthy Christians of Greek origin who lived in the city of Patara in the province of Lycia. Since childhood, he was noted for his kindness and piety. Mykola’s parents gave him a good education, he could read and write, which was quite a rare phenomenon at that time.

His uncle, also named Mykola, was the bishop of Patara at that time. Considering his nephew’s love for Christianity, he appointed him a reader in the church, and later a priest. Being away on business, the uncle-bishop left his diocese to Nicholas.

When Mykola’s parents died, he was still quite young. Having received a considerable inheritance, the man decided to give it to the poor, because he chose to serve God.

For his ardent faith, God rewarded Nicholas with charisma and the ability to work miracles, which made him famous among people. During his pilgrimage to the holy places on a ship, he twice calmed a violent storm.

Also known is the story of a poor family where there were three daughters on the issue, but they did not have a dowry and they could not get married. So Nikolai three times, secretly, without revealing himself, left bags of gold for this family, and the three sisters found themselves worthy husbands.

At that time, the Roman Empire was ruled by the emperors Maximilian and Diocletian. They pursued a policy of brutal persecution of Christians. Priest Nicholas was thrown behind bars, but even there he continued to convert prisoners to faith in Christ.

When Licinius became the governor of the imperial power in the eastern part of the state, the attitude towards Christianity became more tolerant and Nicholas was released.

In those days, bishops were appointed only to those people who enjoyed the respect and love of their countrymen. Nicholas had great authority among people thanks to his good deeds and deep decency. So, when a bishop died in the nearby city of Myra, the synod appointed Nicholas to this position. That is how he became the bishop of Myriy.

In his episcopal activities, Nicholas is known for his participation in the destruction of idolatrous temples and in rites of exorcism. In 325, he was an active participant in the First Ecumenical Council, where the main church canons were developed.

Having been in his position for many years, Nicholas was a friend and a good shepherd for his parishioners. There was no misfortune that he did not sympathize with, no injustice that he did not wish to correct. The saint could easily calm the most turbulent disputes, and his bright face was recognized everywhere.

Nicholas, bishop of Miri, died in 342. People mourned his death, but thanked God for allowing them to have such a faithful and good mentor for a long time.

There are numerous stories about the good deeds and miracles that Nicholas did not only during his life, but also after his death.

He prevented famine in his city by appearing to the captain of a ship carrying corn and ordering him to leave his cargo in the port of the city.

The saint also saved the lives of three Roman officers who were unjustly accused of mutiny. Nicholas came to the then emperor in a dream and convinced him to release the prisoners. Grateful for their rescue, the officers later became monks.

Once, during a storm, he appeared at the helm of a sinking ship and brought it safely to port. And these are far from all the legends about St. Nicholas, a true benefactor and protector of people.

Day of Saint Nicholas the Wonderworker in history

Frequent Questions and answers about Day of Saint Nicholas the Wonderworker

Why is Saint Nicholas the Wonderworker celebrated on December 19?

Part of the Eastern Churches adheres to the Julian calendar, according to which December 6 is considered the date of death of Saint Nicholas. According to the civil calendar, this date falls on December 19.

Who is Saint Nicholas especially fond of?

He is considered the helper and protector of sailors, travelers, merchants, unjustly condemned and all children. In addition, the saint helps in healing from diseases.

Where are the relics of the saint?

Nicholas the Wonderworker was buried in Mir, but in 1087 the holy relics were transported to Bari, a city in Italy.

Why are two days of St. Nicholas the Wonderworker celebrated in a year?

Orthodox Christians also celebrate St. Nicholas Day on May 22. This is the day the saint’s relics arrived in the Italian city of Bari.

On the territory of which country is the city of Myra located now?

This city has the modern name of Demre and is located in Turkey.

Postcards on Day of Saint Nicholas the Wonderworker 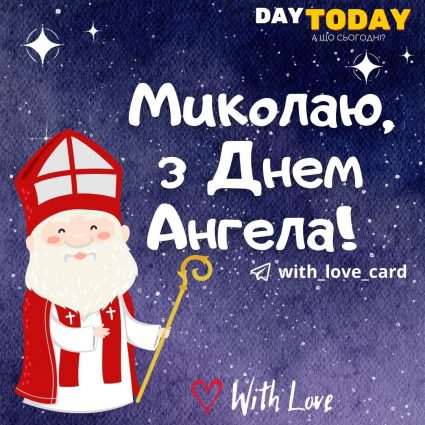 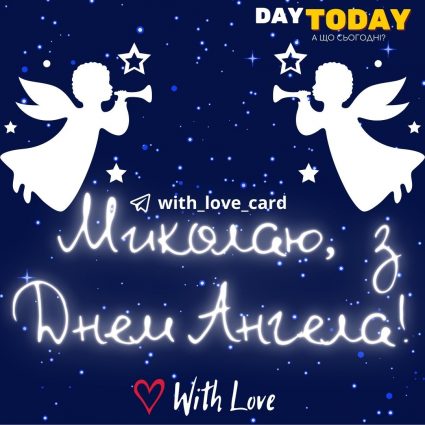 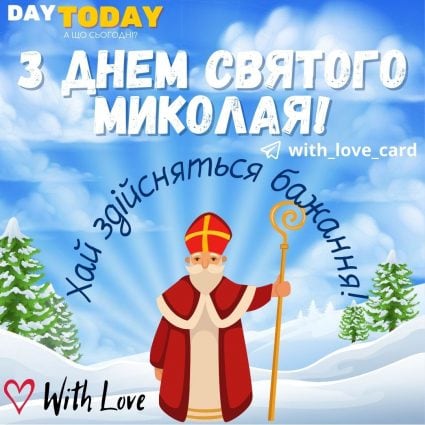 🎁 Gifts on Day of Saint Nicholas the Wonderworker

🎶 Christmas and New Year background music for a festive mood

How to celebrate Day of Saint Nicholas the Wonderworker?

The Day of St. Nicholas the Wonderworker has been celebrated by the Ukrainian people since ancient times.

According to numerous legends, Nicholas brought food, warm clothes and toys to the houses where poor families with children lived. He did it so as to remain unnoticed, usually at night. Therefore, the good tradition of giving gifts to children on this day, leaving them under the pillow, is preserved to this day.

Women prepared special cookies for the holiday, which were called “Mikolaychiki”.

Adult Ukrainians have long celebrated this holiday with feasts and visits. On this day, it was customary to do charitable deeds – helping the needy or orphans was considered a good sign. If you only take care of yourself on Mykolaiv, then you should expect failures and financial losses in the next seven years.

There was also a custom to make peace with enemies, and it was safer to make deals on this day, because it was forbidden to lie.

It was also forbidden to cut hair and in general to cut anything with scissors.

In ancient times, it was after this day that the matchmaking period began, and after Christmas, weddings were held.

The weather on Saint Nicholas Day determined what the coming winter would be like. The warmth of that day foretold a clear and not cold winter, and if it snowed, the winter promised to be frosty.

But the main event, of course, was visiting the church. People prayed to St. Nicholas and asked for health for themselves and their relatives, and especially for children.

Modern Ukrainians have preserved almost all the traditions of this holiday. St. Nicholas Day in Ukraine is loved and eagerly awaited by both adults and children.

We love and honor Saint Nicholas for his love for God and for people. He is an example of generosity, selflessness and kindness. It is not for nothing that Orthodox Christians consider Nicholas to be the most lenient saint and closest to ordinary people.

Thanks to St. Nicholas, there is an opportunity to think about whether we have done enough good deeds for the year, whether we deserve his favor, and perhaps to reconsider our attitude to charity.

On Saint Nicholas Day, we all feel like children who believe in fairy tales and miracles. We want to believe that this is a truly special, magical day on which our dreams and desires come true.

That’s why it’s so nice to play the role of a good wizard, prepare gifts for everyone in your family, because not only children, but also adults dream of pleasant surprises.

So, on this cold winter day, we forget about sorrows and failures and have a great reason to gather with relatives or friends at the festive table to feel the warm, fabulous and bright atmosphere of this holiday.

When will we celebrate Day of Saint Nicholas the Wonderworker? 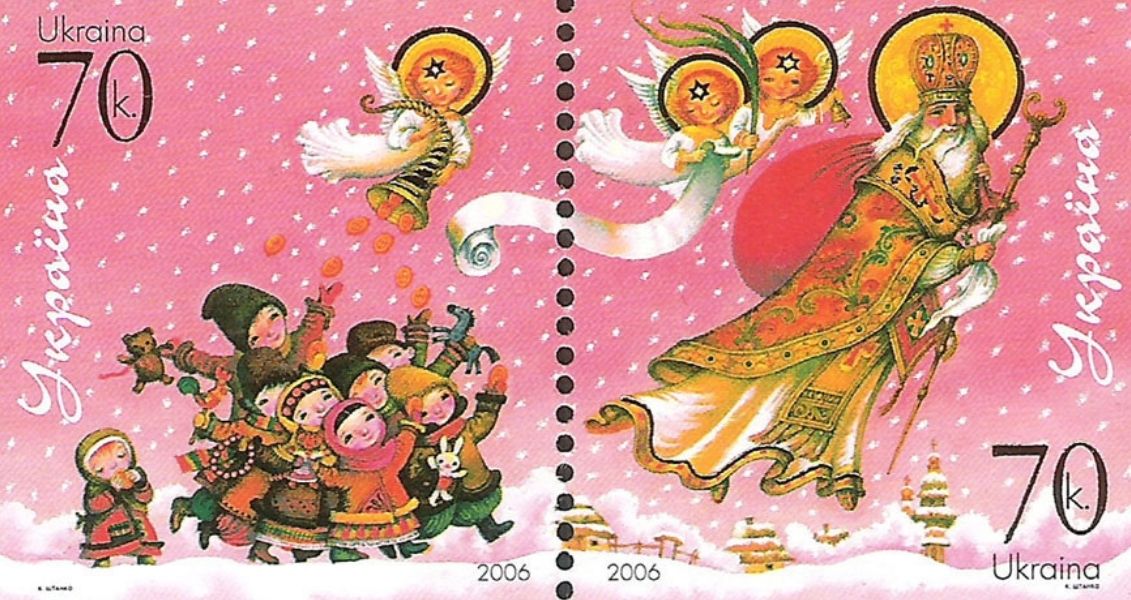 Read more:  Day of the power of a smile