Day of grape growers, winemakers and gardeners of Ukraine

Warmed by the warm rays of the Ukrainian sun, grapes grown with love in the hands of real professionals turn into an incredibly tasty product. Vineyards in Ukraine are not yet among the best in the world, but they are confidently stepping towards world recognition. The government of Ukraine promotes the development of winemaking in our country and supports winegrowers and winemakers in every possible way. In order to recognize the hard work of grape masters, the President of Ukraine introduced an official holiday – the Day of Grape Growers, Winemakers and Gardeners of Ukraine. The holiday will be celebrated annually on the second Sunday of November.

How did the idea to celebrate the Day of Grape Growers, Winemakers and Gardeners of Ukraine come about?

Ukraine has incredibly favorable conditions for the grape business. However, wineries were not popular for many years.

One of the oldest and most famous farms is located in the Kherson region in the Kozatske estate. It was there that the first vines of future vineyards were planted in 1896. Prince Trubetsky hired experts to select the best lands and grape varieties.

Thanks to the correctly chosen planting angle, the composition of the land, advanced growing technologies and unique climatic conditions, the first fruits appeared very quickly. In 1900, the world wine-making society awarded Trubetsky’s farm with the Grand Prix at an exhibition in Paris.

Already in 1902, the winemakers of the prince’s farm were awarded the first prize of Emperor Alexander III “for the best Russian grape table wine”. Since 1917, viticulture has been nationalized.

Since 1949, the wines “Naddnipryanske”, “Velvet of Ukraine” and “Pearl of the Steppe” have become a business card of Ukraine. These wines were delivered even to the British royal court.

The total area of ​​Prince Trubetsky’s vineyards is about 200 hectares. The history of Ukrainian winegrowers and winemakers was just beginning from this farm. People engaged in this business are not only devoted connoisseurs of their work, but also quite professionals in the grape business.

The authorities of Ukraine also decided to celebrate the hard work of grape growers and winemakers, which is why on September 25, 2020, the President of Ukraine introduced a new holiday – the Day of Grape Growers and Winemakers. Its celebration was scheduled for the second Sunday of November. From now on, all winegrowers of Ukraine will have their professional holiday every year.

Day of grape growers, winemakers and gardeners of Ukraine in history

Frequent Questions and answers on the Day of grape growers, winemakers and gardeners of Ukraine

Why is so much attention paid to the aroma of wine?

Half the fun of drinking wine is the smell. A glass of wine can have a different combination of fruity and floral aromas. The aroma can change depending on how long the wine has been uncorked. A glass of wine can contain thousands of chemical compounds that are constantly interacting. This is mainly due to the interaction of oxygen with the wine.

Who is a sommelier?

This is an expert who has wine tasting skills, knowledge about its production, varieties, storage, serving and compatibility with other drinks and food.

How to properly open sparkling wine?

First, you need to remove the muesle from the bottle (it is a dart that holds the cork on the bottle). On sparkling wine, the cork will remain in place, but it must be opened carefully. We support the cork with our thumb. We hold it in place and rotate the bottle. When you feel that the cork is almost out, tilt it at 45 degrees, you will hear a slight hissing sound.

Postcards for the day of grape growers, winemakers and gardeners of Ukraine 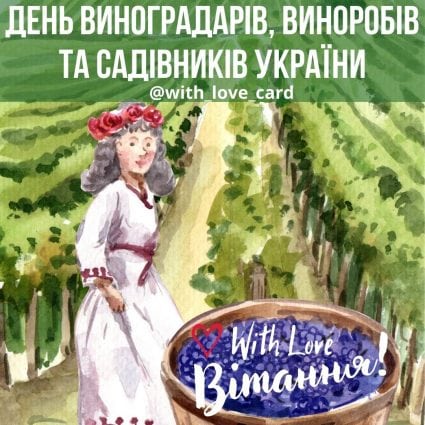 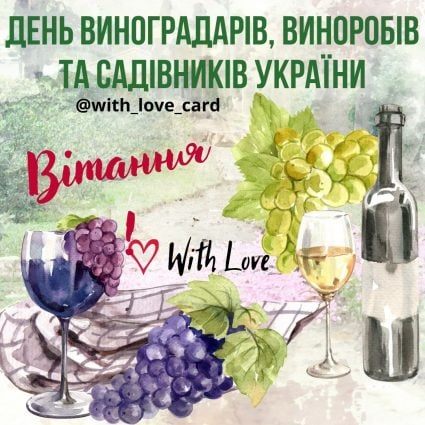 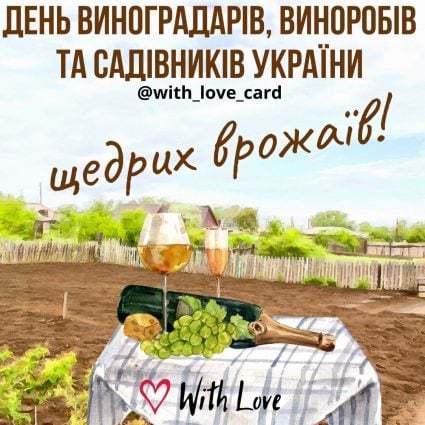 How to celebrate the Day of grape growers, winemakers and gardeners of Ukraine?

This day was created to honor hard work and celebrate the best in what they do. Since this holiday is “young” in Ukraine, special events have not yet arisen. However, without a doubt, festive events will be held and new traditions will be introduced.

Every work should be evaluated. Every employee should know that people recognize his work and that all his efforts were not in vain.

Vineyards and wine farms are becoming an increasingly important part of Ukraine’s economy.

That is why the work of professionals should be properly evaluated and thereby encourage young people to be interested in the craft of winemaking. After all, the future development of the country depends on every citizen.

When will we celebrate? Day of grape growers, winemakers and gardeners of Ukraine? 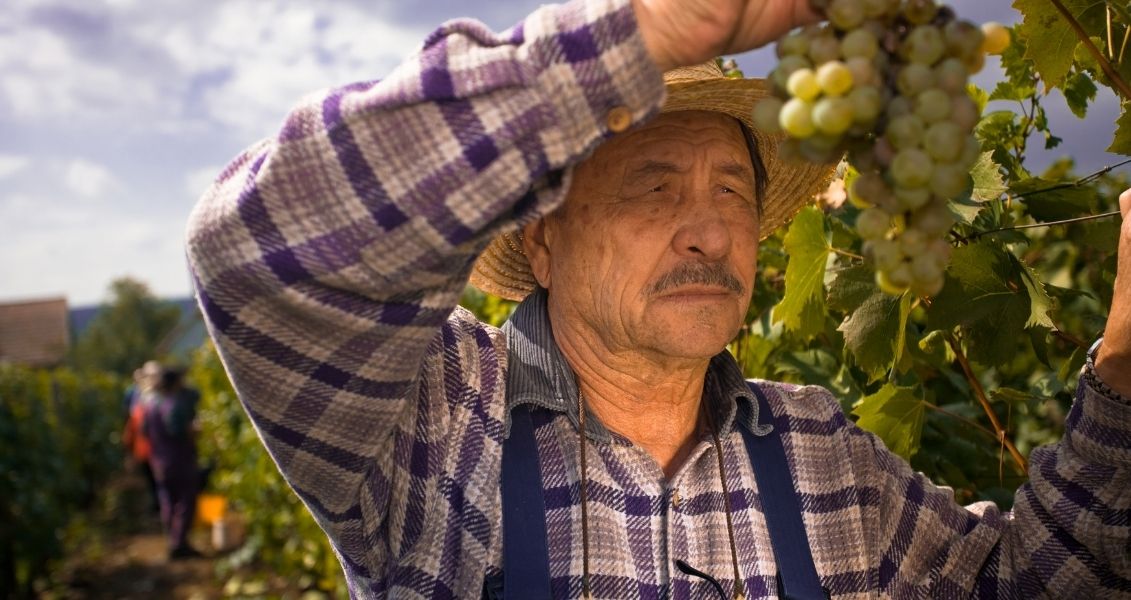 ⛱ When is National Relaxation Day 2020