Our planet is full of problems both global and local scale. The problems the world community is forced to face with are the first to be solved. This article has been written to bring ideas to people how to solve the problem. So, let’s check when is National Anti-Corruption Day in 2022.

Thus, the global observance is celebrated yearly on the 9th of December. The first announced was made in 2003 by The General Assembly to raise the issue.

Corruption is one of the oldest phenomena in the system of social relations, “the same ancient phenomenon as the social order that governs the life of people, whatever this social order is.” Naturally, in the course of the historical process, this phenomenon is constantly transformed and mutated, as the complexity of political and economic order, new forms of its manifestations arise. 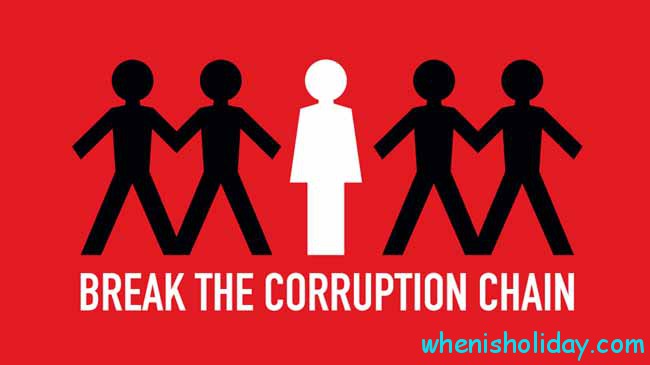 The Roman Republic until the II. BC was a society to which corruption was unknown. It was a state with deeply rooted democracy and an amazing sense of civic duty, which was shared by the vast majority of the citizens. Officials elected in the Roman Republic (consuls, praetors, aediles, tribunes) did not receive any salaries. Nevertheless, there were always many people willing to take on these positions. Although the elections, as a rule, took place annually, there were many candidates for each of these positions. It was apparently due to many Romans felt the need to do something for the benefit of society. The recognition by society of their merits was more important to them than material reward. Therefore, despite the fact officials in Rome did not receive any salary, we do not notice traces of corruption. Moreover, if the consul position was occupied by a well-to-do Roman, it was considered normal for him to do something for the public good at his own expense.

We can find out such situations. For example, a consul builds a public structure at his own cost: a theatre or a forum. Sometimes, they organised spectacles for mere people. Conversily, there have been no cases of appropriation of state property by the consuls or other officials. During the First Punic War, consuls, acting as generals, handed over works of art captured in the conquered cities to the state. This is an unprecedented example of mass altruism and unselfishness in history. It was a question of military trophies, which were almost always considered the property of the soldiers of the victorious army!

The history of Cincinnatus, a 5th century Roman of modest prosperity, is an amazing example. He was an appointed dictator with extraordinary power to repel the military threat looming over Rome. At the time when the envoys of the Senate announced to him about the decision, he was engaged in processing a small part of the land. He immediately interrupted the occupation and began to perform his new functions. Soon, as the head of the army, he managed to defeat the enemy and throw him away from the walls of Rome. As soon as it happened, he, without asking for any reward for the great cause, resigned from the dictator’s authority and returned to his plot of land – to continue the work he did not have time to finish.

Let’s find out what are those reasons for the corruption and what day World Anti-Corruption Day in 2022 is.

The role of geographical factors (combined with the centralisation of power) can be clearly illustrated by the same Roman Empire. The huge size of the country inevitably entails difficulties managing and controlling the activities of local officials. In addition, state control over natural resources (which are also classified as geographic factors) opens one of the most profitable areas of corruption for officials, both in extortion and bribes.

In many countries of Latin America, licensing restrictions on many businesses are so draconian firms often work illegally to avoid the endless obstacles and delays faced by businesses operating under the law. To maintain such firms operating in the informal economy, bribes are simply necessary. Bribes, as a rule, are given voluntarily. And, consequently, they are made on the basis of an analysis of profitability. After all, the costs of doing business are reduced. The author of the book “Corruption and the State” Susan Rose-Ackerman believes corruption can act as a counterbalance to excessive bureaucratisation. It allows accelerating the processes of making managerial decisions and contributing to more efficient management.

What does National Anti-Corruption Day mean?

Thus, understanding when is International Anti-Corruption Day 2022, we switch to other facts. 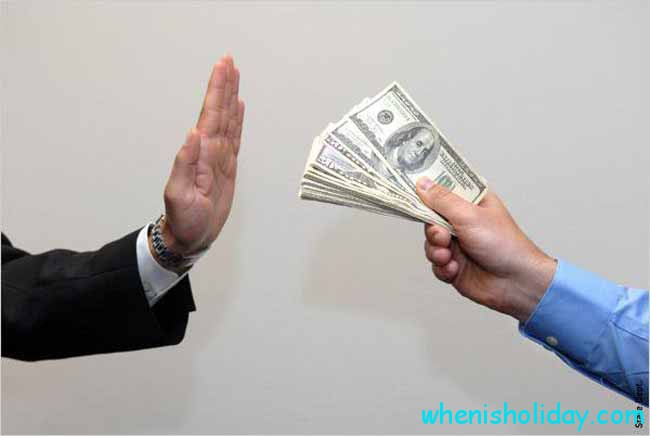 Despite corruption is often compared to a hydra, there are effective methods of combating this phenomenon. It is successfully proved by world practice. Not to fight corruption means to support it. And, given the destructive consequences of this inaction in all spheres of society, the problem of countering this “internal enemy” is in any state. Therefore, it is so important to study the causes of corruption. It is necessary to fight not only with the weed itself but also with its seeds. Understanding what corruption is about, exploring this phenomenon and the experience of other countries in resisting it, we get knowledge known to be power.

The main tradition all the year round is to report about any illegal actions you notice to the local law enforcement agencies. Yearly, many petitions are formed to fight against new waves of this phenomenon and your role is to support them as hard as you can. The first step could be telling when is Anti-Corruption Day in 2022, using the calendar.

Finally, support this movement and celebrate the fest annually to show your sustenance to the global society. 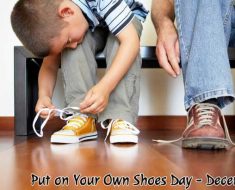 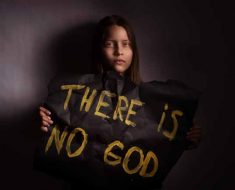