In difficult periods of life, when the heavy burden of problems and experiences provokes despair and hopelessness, Christians pray to the Apostle Thomas. They also turn to him when they ask for health for themselves and their loved ones. Such prayers have special power on October 19, c Apostle Thomas Memorial Day. This saint is best known to the general public as Thomas the Unbelieving. According to John Chrysostom, Thomas initially seemed weaker in faith compared to other disciples who were close to Jesus Christ. But later he became the most ardent preacher of Christ’s teachings. With his mission, the apostle reached as far as India, converting many peoples to Christianity along the way.

All holidays and events for October 19

How did the idea of ​​celebrating the Apostle Thomas Day come about?

Before meeting Christ, Thomas was a fisherman and a sailor. He was hired on merchant ships and thus earned his living. But the young man was always worried not only about the material side of life. He felt acutely the injustice and imperfection of the world in which he lived. Thomas had many unanswered questions. His soul longed and waited for the truth, which was to become the true meaning of life.

One day Thomas heard about Christ. People said that he works miracles and is wise like Solomon. Soon Thomas was lucky enough to meet Jesus. He immediately became an ardent supporter of God’s son. Devoted to his teacher with all his heart, the man took his place among the closest twelve disciples and messengers of Jesus Christ. He became the eighth apostle.

When Thomas joined the elect, he was prone to melancholy, but his association with Jesus and the other apostles largely relieved him of this painful condition.

Among all the apostles, Thomas stood out for his analytical mindset, the best intellectual understanding of Christ and the ability to properly appreciate his personality.

Thomas became one of the most devoted disciples of Christ. In the Gospel of John, it is said that when Christ was going to Jerusalem for the last time, where, as it was known, the enemies were going to attack him, the apostles were somewhat confused. Then it was St. Thomas who urged them to follow their teacher to the end, and if necessary, to die with him.

Like every living person, the apostle had his shortcomings. Despite absolute sincerity and truthfulness, Thomas was also characterized by suspicion and pessimism. He had almost lost faith in people by the time he met Christ. But Jesus really liked Thomas as an honest skeptic, and they often had long conversations together.

Having a critical mindset, Thomas did not believe a word when he heard about the resurrection of Christ. He was not among the ten other apostles at the time of the appearance of their teacher, who rose from death on the cross. Thomas said that he would not believe this news until he himself saw the wounds from the nails on the hands of the living Christ. He always wanted real evidence because it was the basis of his faith. On the eighth day after the crucifixion, Christ appeared before his disciples, with whom Thomas was also. Having seen Jesus’ wounds with his own eyes and even being able to touch them, Thomas unquestionably believed in Christ’s resurrection.

It can be argued that the personality of Thomas represents an unusual rational and intellectual component of faith in God. This is a clear example of pious skepticism bearing its unique fruits.

From that time, Thomas became a tireless Christian preacher. According to the lot that the apostles cast, he had to go to India to carry the word of Christ to other peoples. In those distant times, all the southern countries of Asia were called India.
Apostle Thomas began to preach in Palestine, Mesopotamia, Parthia, Ethiopia and India, establishing Christian churches there.

He had to experience many wanderings during his life. But neither cruel tortures nor prisons weakened the ardent faith of the apostle.

Thomas died at the hands of the ruler of the Indian city of Melipur, whose wife and son he managed to convert to Christianity. The angry ruler ordered the apostle to be imprisoned and tortured, and then sentenced to death. Thomas was martyred – he was pierced with spears.

Until now, the descendants of the ancient Christians of India call themselves Christians of the Apostle Thomas and consider this saint the founder of their church.

Frequent Questions and answers about the Day Apostle Thomas

Where are the relics of St. Thomas the Apostle?

How many years did the apostle’s preaching mission last?

The service of Thomas as a preacher of the Christian religion in different countries of the world lasted about forty years.

What does the name Thomas mean?

The name Thomas is of Aramaic origin and means “twin”. In Europe, it came into use in a slightly different transcription – Thomas. This name is very common in France, England, Spain, Italy, Germany, in the Balkan and some Scandinavian countries.

How to celebrate Day Apostle Thomas?

On October 19, the priests advise to come to the church without fail. It is worth praying for the health of all relatives and friends, for strengthening faith, asking the saint to guide you on the righteous path and help you renounce sinful desires. On this day, it is recommended to receive communion and confession. Many people on this holiday simply read the Thomas prayer. It is the apostle Thomas who helps people discover their faith and become kinder.

Folk traditions of this holiday have long existed in Ukraine. In ancient times, it was believed that on this day it is necessary to be thrifty and fill your household with supplies. It was believed that Thomas was particularly fond of caring people, but on the contrary, he disliked spendthrifts and slackers. On October 19, the owners were summing up the results of the year and counting their profits. When the granaries were filled with the harvest, people went to the church to thank God and put a candle to the Apostle Thomas.

On the day of the Apostle Thomas, there are also some prohibitions. For example, you absolutely cannot lie. The saint hated lies, so those who lie on October 19 can be in serious trouble. It is also not advisable to overeat. On this day, preference should be given to simple and healthy food. You can’t curse and slander. It is believed that bad words and feelings such as envy, anger or hatred will lead to bad luck and illness. That is why on the day of St. Thomas, you should be especially kind and friendly to those around you. Do not take and give debts. It is better to pay off all your debts before the day of St. Thomas, so as not to have financial difficulties for the whole next year.

Our contemporaries often call themselves unbelievers and easily fall into pessimism about some realities of today. Therefore, it is very important to know and remember the example of the Apostle Thomas. He makes it clear that in the case of a conscious choice to be with God, even if there is no confidence in his existence, God himself comes to a person to give him faith.

Currently, there are two trends in the world. On the one hand, there is the concept of “proven by science”, and on the other hand, people are extremely superstitious and easily succumb to the ideas of various false prophets. In this sense, Apostle Thomas teaches two things at once: one must believe faithfully, but believe only in the truth.

Everyone can fall into despair, lose the last hope and even the will to live. In such cases, Christians turn to Thomas with a request to dispel painful doubts about the correctness of the chosen path. Who, if not the one who found faith again after doubts, can help in such a situation? After all, once he chose Christ and believed his every word, the apostle never deviated from his faith in his life.

Not to betray one’s beliefs and one’s own soul – this is what the life and activity of St. Thomas teaches modern people.

This day is also extremely important for those Christians who continue the work of the enlightening Christian mission even today. Modern preachers of the Word of God especially need to have the same firmness of faith, devotion to God and willingness to go with it to people, as Thomas did.

When will we celebrate Apostle Thomas Day? 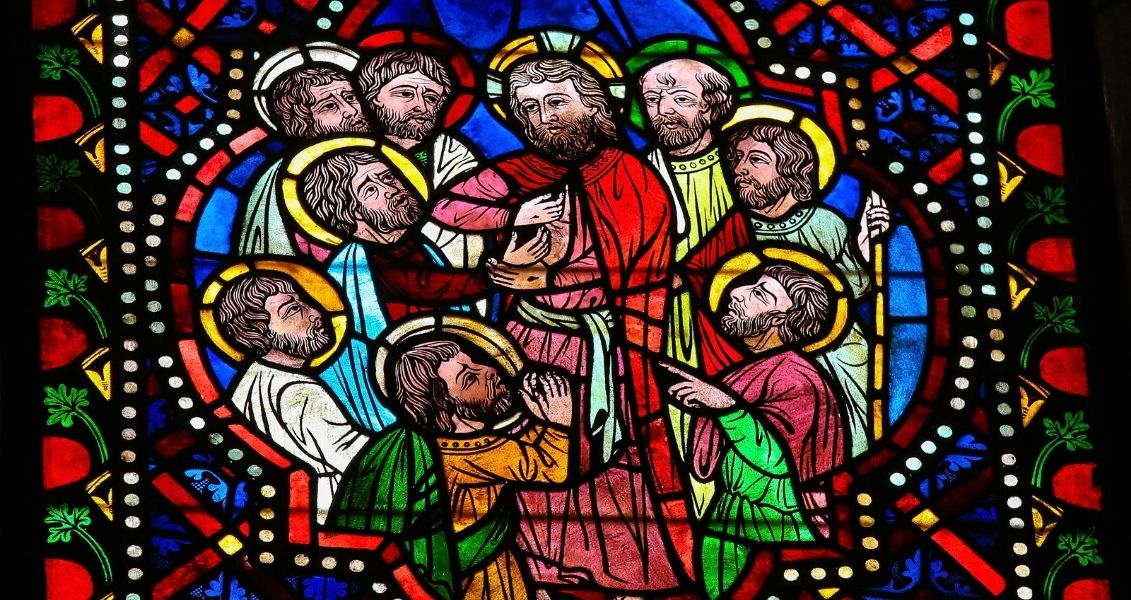 International Day of Survivors of Suicide

International Day of the Operating Nurse