Thanksgiving Day is a national secular holiday with religious overtones. It has been officially celebrated in the United States of America since 1789 and falls on the last Thursday of November. Americans spend this day in a warm family circle. Over dinner, several generations gather to give thanks for all the gifts they received during the year. Canada is the second country to celebrate this holiday, but the date of celebration is slightly different and falls on the second Monday of October.

Although Thanksgiving is purely a national holiday, it is widely known around the world as it is promoted through American movies and TV series. The most vivid film adaptations, in the plot of which this day is celebrated, are “Hana and her sisters”, “Home for the holidays”, “April Fool’s Day”, “True values”, “The invisible side”, etc. In 2021, Thanksgiving will be celebrated on November 25.

How did the idea of ​​celebrating Thanksgiving come about?

Americans consider this day one of the most important public holidays, as it was also celebrated by the Pilgrim Fathers who came to North America to settle here forever. A hundred years later, the holiday was introduced at the state level and is celebrated to this day.

The first ever Thanksgiving

On November 21, 1620, off the coast of North America, near the present city of Plymouth, Massachusetts, a British ship named “Mayflower” moored. The goal of the new arrivals was to make the unknown continent their new home.

However, they had no idea what difficulties they would have to face. The winter seemed too cold and hungry, so of the 100 people who went ashore that day, only half remained alive.

In the spring, they founded the Plymouth Colony, and the Indians taught them how to cultivate the land and grow crops specific to the area. So, thanks to the help of local tribes, the pilgrim fathers managed not only to survive, but also to harvest a bountiful harvest.

For this reason, the governor of the colonists, William Bradford, arranged a thanksgiving feast, to which he invited the Indians who saved the settlers from starvation. During the feast, the pilgrim parents praised God for salvation and thanked the Indians for their help.

It was the first Thanksgiving in American history, and it was held in a warm atmosphere of care and gratitude.

For more than 150 years, Thanksgiving was celebrated spontaneously and had no specific date.

In 1783, the British Empire recognized the United States as an independent state, and in 1789, the holiday acquired national significance, the young state began to grow its own customs and traditions.

In the first years, the national holiday was officially celebrated on November 26, and later Abraham Lincoln introduced a floating date. According to the order of the 16th president of the USA, Thanksgiving Day was moved to the fourth Thursday of the last autumn month, that is, November.

After that, the date of the celebration changed two more times, but was finally fixed on the last Thursday in November.

How do Americans celebrate Thanksgiving?

Despite its long history, Thanksgiving Day has not lost its importance and continues to occupy the main place in the calendar of modern Americans.

Therefore, it is not surprising that it is celebrated “widely”, so to speak. This day has been declared an official holiday throughout the country. All shops and public institutions are closed. However, every year on Thanksgiving Day services are held in all churches, where pious people go in whole families. Others stay at home and cook special meals for Thanksgiving.

The main dish on the table on this day is turkey served with cranberry sauce. Each family has its own special and unique recipe for this sauce. Pumpkin pie, mashed sweet potatoes, green beans and other dishes are also served on the holiday table, which, according to traditions, were on the table of the first settlers.

Over the long history of its existence, the holiday has acquired many customs and traditions that Americans follow.

One of the most solemn events is the popular Macy’s parade in New York. Participants dress up as the first settlers who arrived in America from Britain several centuries ago. Here you can also see huge inflatable toys in the form of turkeys, pumpkins and other festive dishes. The solemn procession ends with a grandiose fireworks display.

Pardoning the turkey is another custom that is strictly observed every year. The content of this tradition is as follows: since the crown dish of the holiday is a baked turkey, many birds on this day face the sad fate of ending up on the festive table. However, at least one turkey must be pardoned.

For this occasion, 30 turkeys are chosen, the photos of which are displayed on a special website, where you can vote and choose the 2 most worthy ones. Every American can take part in voting. Already on the eve of the holiday itself, the President of the United States chooses one turkey to be pardoned. She is sent to the zoo. And the other becomes a crown dish at a banquet in the White House.

Also, on the eve of the holiday, charity events are organized in which everyone can participate. People collect funds, clothes, food for the needy.

The queen of the dish is the holiday turkey

It is difficult to find at least one American who would not eat a baked turkey on this day, saying “God save America.” Numerous statements by US citizens indicate that on this particular day they feel part of a powerful nation.

Turkey can be cooked at home or ordered in a restaurant. However, this holiday is not complete without a festive dinner. In order to spend Thanksgiving in the circle of the closest people, adult children and their families travel thousands of kilometers.

Usually, a turkey stuffed with vegetables is cooked over low heat in the oven for up to 4 hours. The head of the family cuts the bird, and the children are the first to cut it. 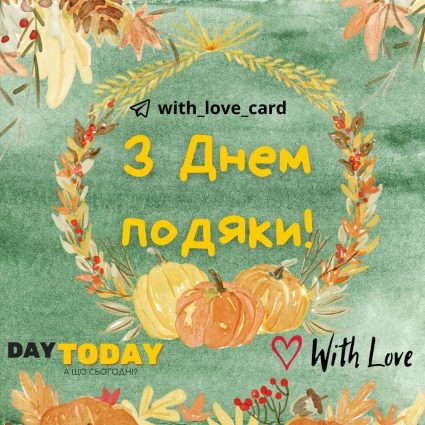 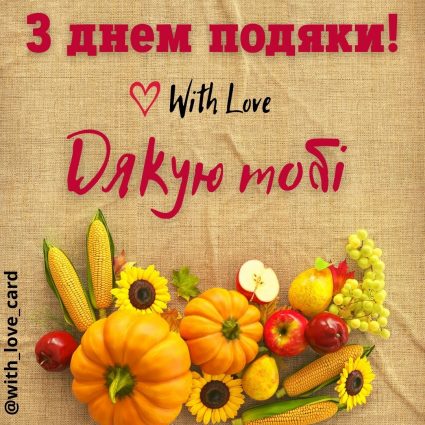 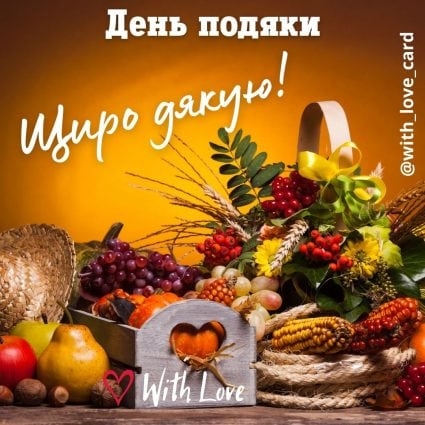 When will we celebrate Thanksgiving day? 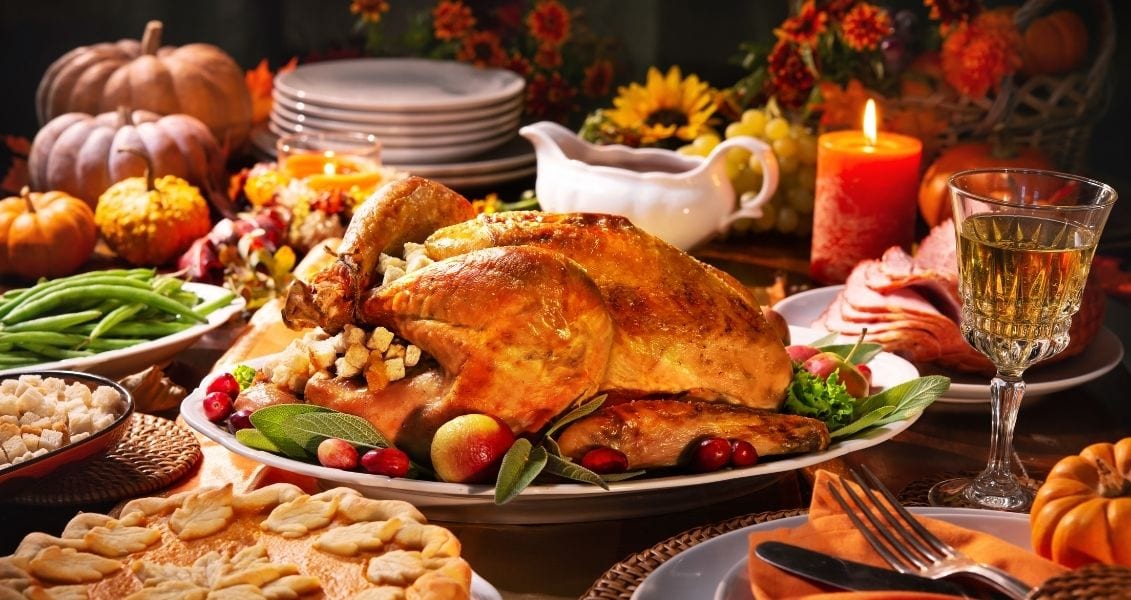 The fourth week of Great Lent