Home
Asia
When is Yom HaShoah 2018
Prev Article Next Article

This article will tell you how and when Yom HaShoah is celebrated in 2017. It’s also called Holocaust Remembrance Day in English. Since 1951 it is a memorial day on April 23, 2017. The people around the world remember the Jewish victims. People light candles and read prayers, not only in Israel but worldwide. Documentary and feature films about historical events are displayed during this period. Thus, not only university students can explore the history of the issue and to become more aware and fully human in mindfulness.

Worth to see (in the TV programs or visit) famous monuments to the victims of the Holocaust, the biggest of which are located in the US (eg. the Hand in Miami), Shoes on the Beach – Budapest, Hungary, Germany, Poland and Belarus and many others. 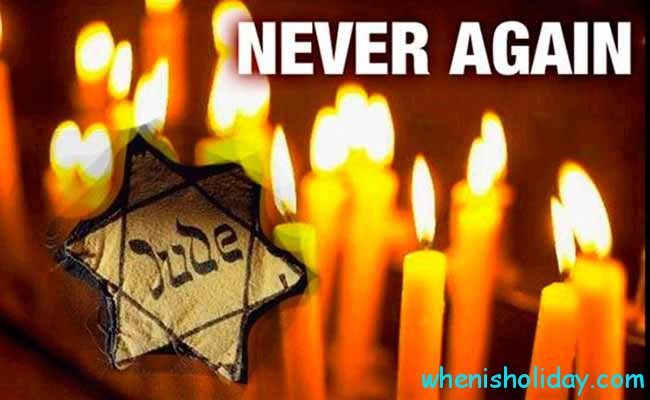 The need to establish such memorial day was clearly felt by Jews worldwide. Shortly after Israel’s independence in 1948 discussion was about what is appropriate for the perpetuation of the memory of the Holocaust. Different opinions were expressed, and the issue has become the subject of heated political and religious debates.

The leader of the opposition party considered the most appropriate date of the 9th of the month of Av – Universal day of national tragedy, when the First and Second Temples were destroyed. Ultra-Orthodox rabbis shared this view.

The 10th day of the month of Tevet was also considered very suitable. This day of fasting, already established in memory of Jerusalem, became the idea of ​​a memory of the day.

On April 12, 1951 Israel adopted a resolution on the proclamation of the 27th of the Nisan-month. The proximity of Passover and Independence Day represents the revival path to the Jewish state. Prime Minister Levi Eshkol on this day in 1968 for the first time held a rewarding veterans medal ceremony “Fighter against Nazism.” What is the date of Yom HaShoah 2018 on Gregorian calendar? On next year (2018) it will be Wednesday, April 11. But in the Gregorian calendar the date does not always coincide, so in 2018 year this holiday will be on Thursday, April 12.

This day is a recent addition to the Jewish calendar of commemorative days, and because of that, the habits are still being formed. On this day, all flags are flown at half-mast in the country. In some synagogues a special divine worship is held on this day. Usually, people light six memorial candles – in memory of the 6 millions who died during 1933-1945. In the cemeteries of Johannesburg and Cape Town special memorial ceremonies are held. In Israel when Yom HaShoah is in 2018, it is a time of national mourning. The official ceremony is held in the Memorial center of the Holocaust in Jerusalem.

In Israeli society, there is some disagreement about the acceptability of this tradition. A siren has never been an attribute of Judaism. Some, mainly Orthodox Jews, consider it inappropriate to use non-Jewish customs, and therefore do not stand up to the sound of sirens. However, the preconditions for a mourning siren are actually rooted in the Oral Torah, which says that it befits a devout Jews fast at every misfortune, and this is the inner meaning of the funeral bell. The Israelites praytoday that the time of terror will never be repeated. We repeat only what day Yom HaShoah is in 2018. It will be Wednesday, April 11. 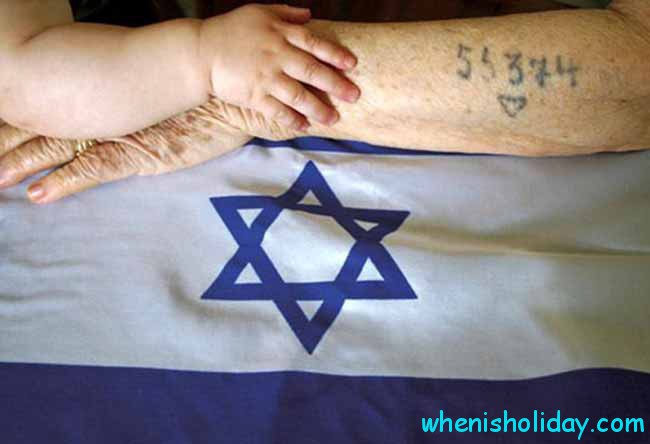 Do not confuse this with the other day: International Holocaust Remembrance Day. It is set by the General Assembly of the United Nations on 1 November 2005 and is celebrated on 27 January. Israel, Canada, Australia, Russia, Ukraine, the US were the main initiators of the adoption of the document. However, more than 90 countries have become sponsors of the document about this date, and also others had contributed. The date of this international holiday was chosen on January 27.

We speak about those who have been destroyed by the barbaric Nazi machine – six million Jews who were shot, killed in gas chambers, tortured to death. On this day, we also remember the heroism of those who fought. On this day, we remember those who risked their lives to save Jews. When the State of Israel was created, one of the main slogans was the words «Never again». We will allow a recurrence of the Holocaust never again! Today, this motto is still relevant. On April the day when Yom HaShoah is in 2018 calendar is coming, you can add this date to your note.

We stepped into the twenty-first century, leaving behind the most terrible of all wars. We were hoping for better times. But what do we see in reality? – A world plague sweeping across the twenty-first century – Islamofascism. The monstrous acts of terrorism that have claimed thousands of lives, shaken our planet. Some countries of the world again and again act like new Holocaust deniers. But we will never falter, will not give up and retreat. We are determined to go to the end and win. “Never again” – we will not allow a repetition of the Holocaust!