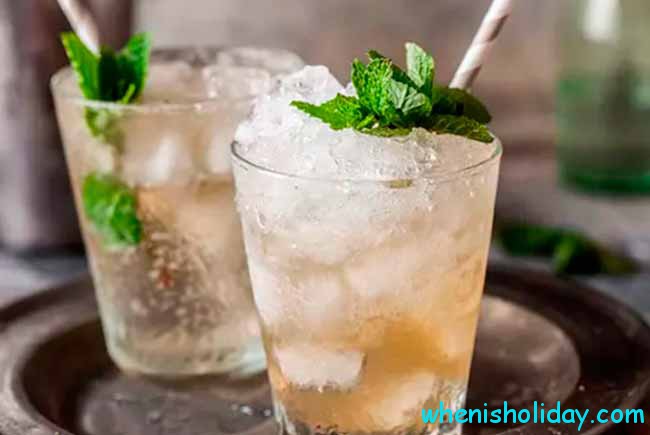 What are the most famous cocktails with the refreshing note of mint? Mojito, Dolomint, Cucumber Martini? Practically, yes. But do you know what bevvy paved the way for these drinks? A mint julep. While you might haven’t heard the name till this second (if you’re not an American, mainly), the tipple made it to the national calendar of the US! So, when is National Mint Julep Day in 2022 and what does it taste like? You’re just about to learn.

To begin with, we’d like to mention that the mint has been acknowledged as a symbol of hospitality for ages. It dates back to the ancient Greek period that left a legend telling about two exhausted wanderers desperately seeking for a shelter and rest. Thankfully for them, an elderly couple invited the men to stay at their home. Although the hosts were seemingly poor, they arranged a dinner and offered the leaves of mint to refresh the wayfarers. In fact, the latter appeared to be the masked gods that sincerely appreciated the couple’s cordiality and rewarded them with a stately abode. That’s how this aromatic herb got associated with the warm greeting.

The term julep stands for the word “rosewater” translated from the Persian. In the Middle Ages, this mix of sugar and water was used as a vehicle for medication.

The mint julep certainly originated in the south of the United States, but as for the exact location, it’s still arguable. Kentucky proudly considers it to be the state’s cultural heritage, Virginia insists on its own involvement in the drink’s origin. Anyway, we know for sure that the mint julep saw the light of the day in the 18th century! As the first written mention of the cocktail was made in 1803, it’s logical to assume that it was invented before that time.

It’s also supposed that the tipple’s originator was a wealthy man. Rich enough to get such things as ice and silver glass which were of a sheer luxury back then. Initially, the spirituous component was a rye whiskey. Later on, there was an attempt to substitute it for gin; however, the good old bourbon took this place for good.

Today, the mint julep is a much-loved beverage found in almost every place selling cocktails across the US. Bars and pubs will definitely be crowded on the day when it is Mint Julep Day 2022.

What does Mint Julep Day mean? Well, it means a prime opportunity to guzzle down a few tall glasses! Okay, you can always go for just boringly sipping one. In any case, the holiday does not simply give an excuse to take a strong drink, it obliges you to (read the title again).

A popular song was composed about the mint julep – in which it’s blamed for marrying a chap off – and lots of writers glorified it in their opuses. Don’t you want to share their delicious gustatory experience?

The mint julep is an exciting mixture of bourbon, mint, water, sugar and ice. One would think that such elementary composition can’t differ in the least. But if you take three bartenders and watch how they prepare the bevvy, you’ll be amazed to see (and taste) completely dissimilar results.

One more important issue: there has to be a frost on the sides of the glass. If there isn’t, you’re probably gulping down a beverage made by a negligent barman.

By the way, do you remember we’ve uttered “Kentucky”? While it’s debatable whether this state is a true father of the mint julep, there is no doubt about its major contribution to the popularization of the cocktail.

Part and parcel of the famous race for three-years-old horses called the Kentucky Derby is – who would have thought? – the mint julep. It’s been its symbol for more than a century and is annually consumed in the amount of 10,000 bottles. In addition, you’ll also find here the most expensive version of the drink served in the cups covered in a layer of gold and with a silver straw steeped in. All proceeds are for the retired horses care.

Interestingly, although the cocktail is inseparably linked with the Derby, they occur in the same month yet on the different days. The holiday happens on May 30 whereas the race is on the first Saturday of the month. Nevertheless, Kentucky is exactly the place where everybody knows (and looks forward to) what is the date of National Mint Julep Day 2022. 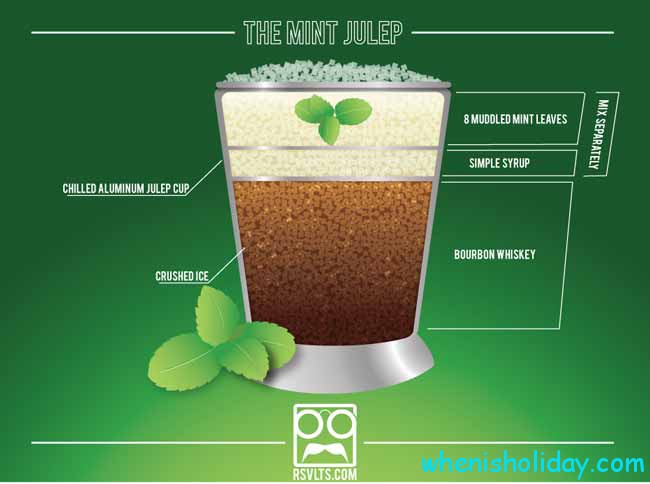 You celebrate this day by drinking, no exception. Or, by throwing a party and also drinking the health of a great fellow from the South of America. For that case, here is the recipe of the true mint julep:

Gently press the mint leaves with a fork or muddler. In a pot, bring the sugar and water to the boil, cook until the sugar dissolves. Take a high glass and combine the ingredients. Fill it with the ice, pour some good whiskey and mix it properly. Hold the glass firmly by the top edges so as not to bother the frost formation.

After that, it’s high time to pass the chilled cocktails to your guests and give a toast to the wonderful idea of putting together the mint and the whiskey. And remember, regardless of what day National Mint Julep Day in 2022 falls on, don’t miss the chance to try the cocktail, if you’re still an uninitiated amateur.

We bet you’ve already gone wild coming up with your plans on May 22. Anyway, tick off in the calendar, when is National Mint Julep Day in 2022, and don’t forget to stock up on all the ingredients. Even though you are in no mood for a get-together, you can always swig off a nice cup of the mint julep sitting on a porch and enjoying a lovely summer day!

🍜 When is National Spaghetti Day 2020